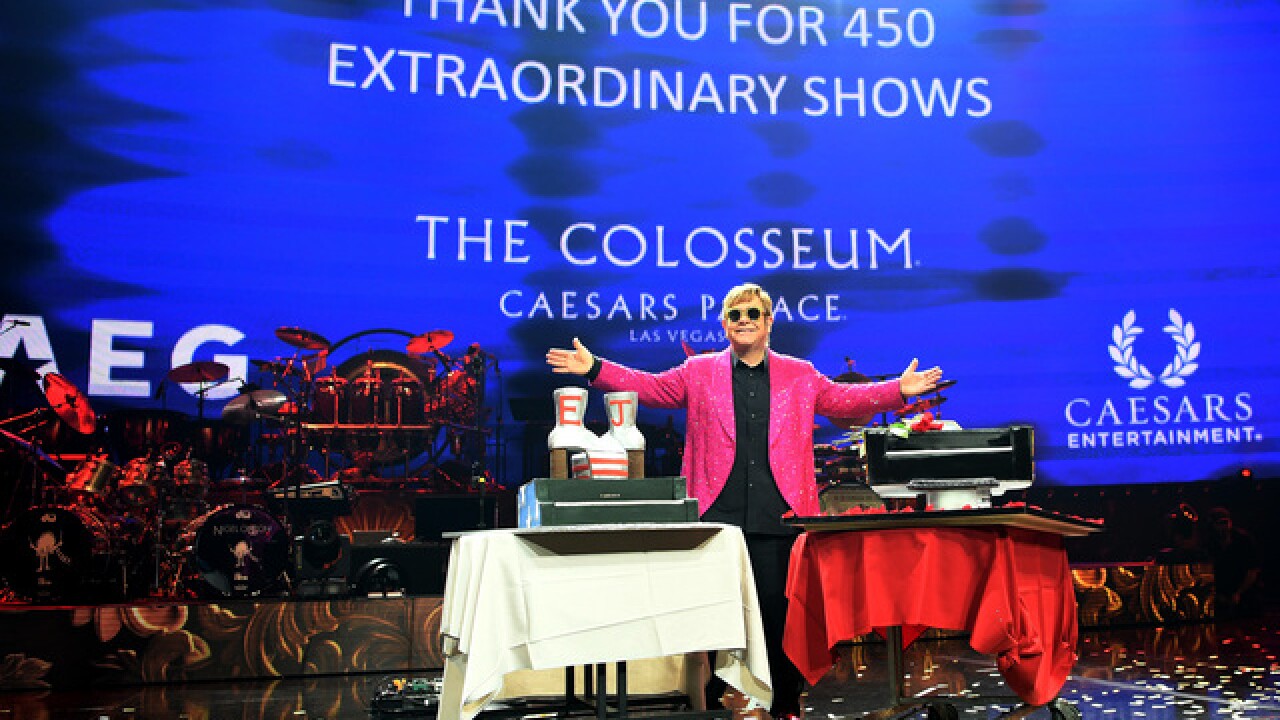 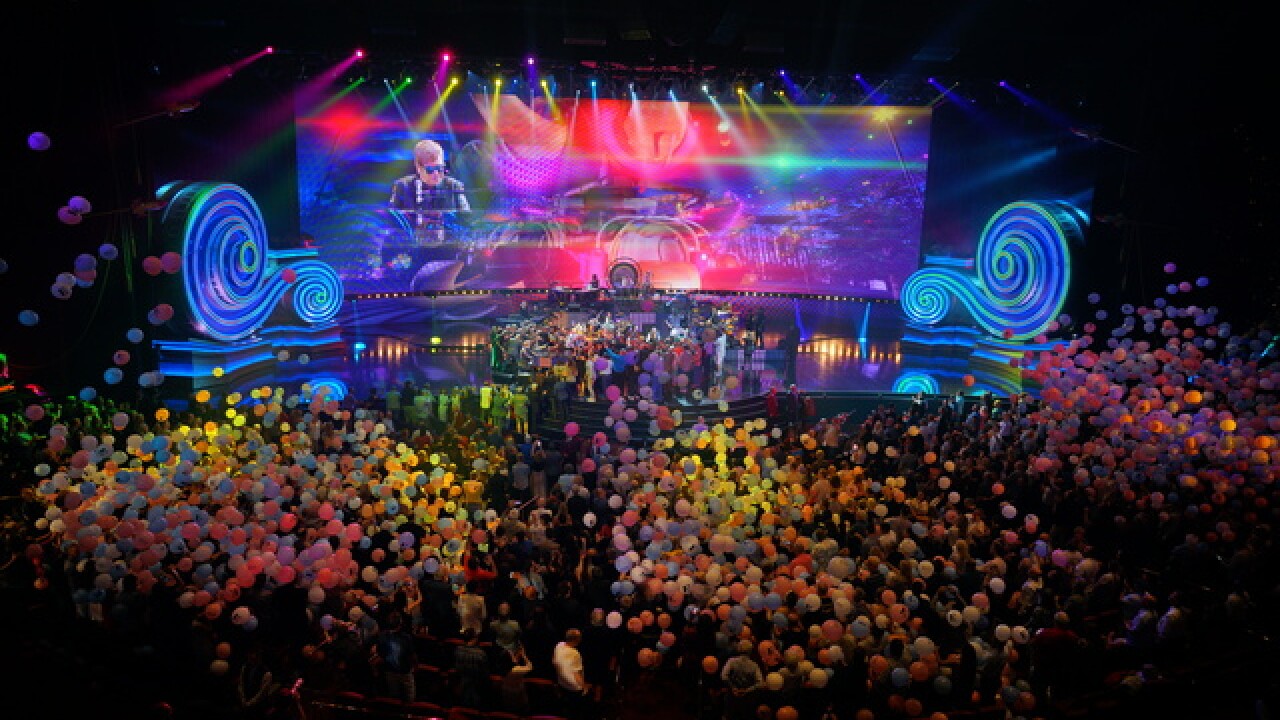 Elton John took the stage Thursday night for his final performance of “The Million Dollar Piano,” his second Las Vegas residency at The Colosseum at Caesars Palace.

Elton and his band took their final curtain call to a standing ovation from the sold-out crowd of 4,298 fans as confetti and balloons inscribed with “450” rained down in celebration of the two successful residencies Elton has had in the venue over the last 14 years.

The Las Vegas curtain closes as Elton prepares to launch his highly-anticipated, last ever worldwide tour, “Farewell Yellow Brick Road,” that kicks-off in the U.S. on Sept. 8, 2018.

Since February 2004, Elton and his band have performed 450 shows at The Colosseum at Caesars Palace to over 1.8 million fans from across the world. The first five-year residency “The Red Piano” played 243 shows to approximately one million people through April 2009 followed by a return on Sept. 28, 2011, with an all-new, second residency, “The Million Dollar Piano” which played 207 shows across seven years.