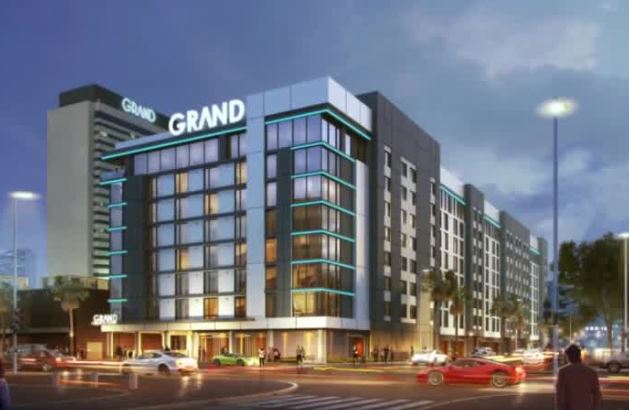 The third tower will be located on the east side of the property, flanked by Stewart Avenue and Ogden.

Upon completion, the Downtown Grand will include 67 studio units, 20 one-bedroom suites, and three Presidential Suites.

The Downtown Grand is celebrating its 5th anniversary.