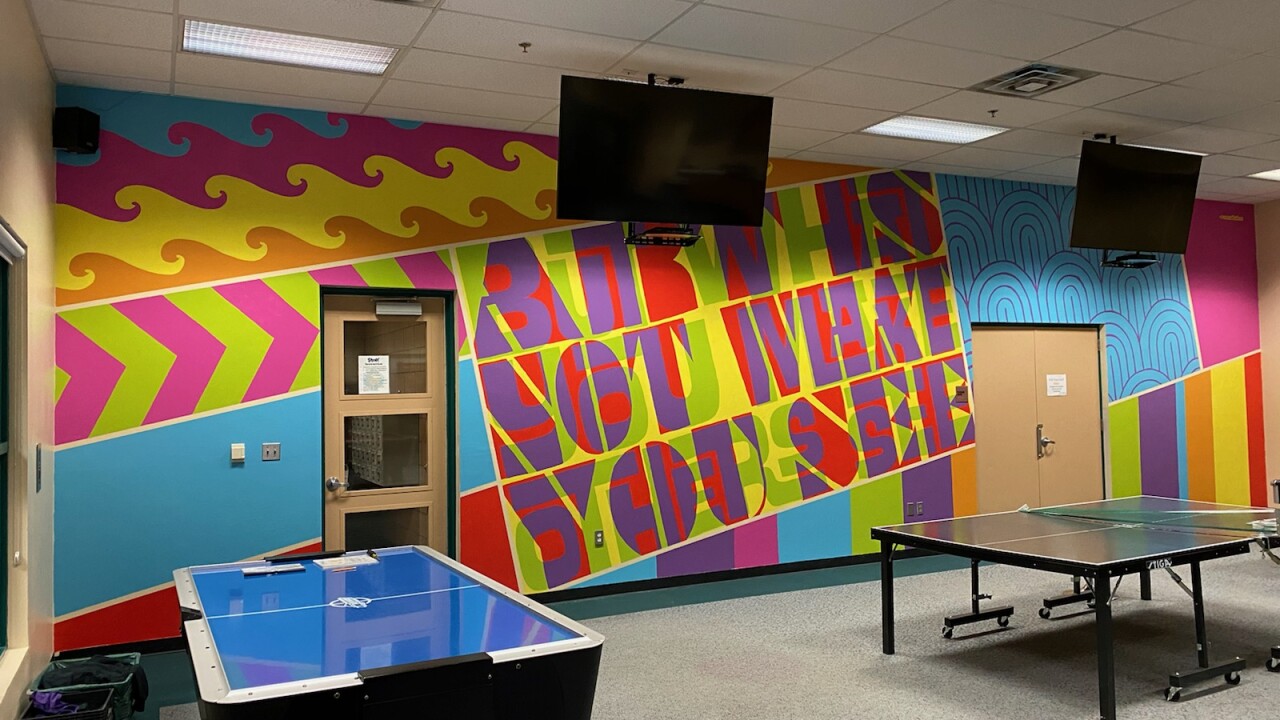 Jason Tetlak, a Florida based artist and muralist is unveiling his newest creation this week at the Walnut Community Center.

The mural is now available for viewing.

The mural was intended to brighten the walls of the Game Room for the many youth that attend the Center. It not only incorporates bright colors and bold imagery, but also a hidden message.

Jason is known for creating pieces that are interactive, often using mobile technology to create augmented reality experiences surrounding his work, and most notably using 3D glasses to make his images appear to pop off the wall, as he did with his Guinness World Record mural of the Beastie Boys.

A featured muralist at Art Basel 2019 in Miami - Jason’s street art is also prominently located in such diverse spots as Cincinnati, Tuscaloosa, Key West, Charleston, Cleveland, and Bermuda to go along with an array of colorful works in the neighborhoods near his Jacksonville studio.