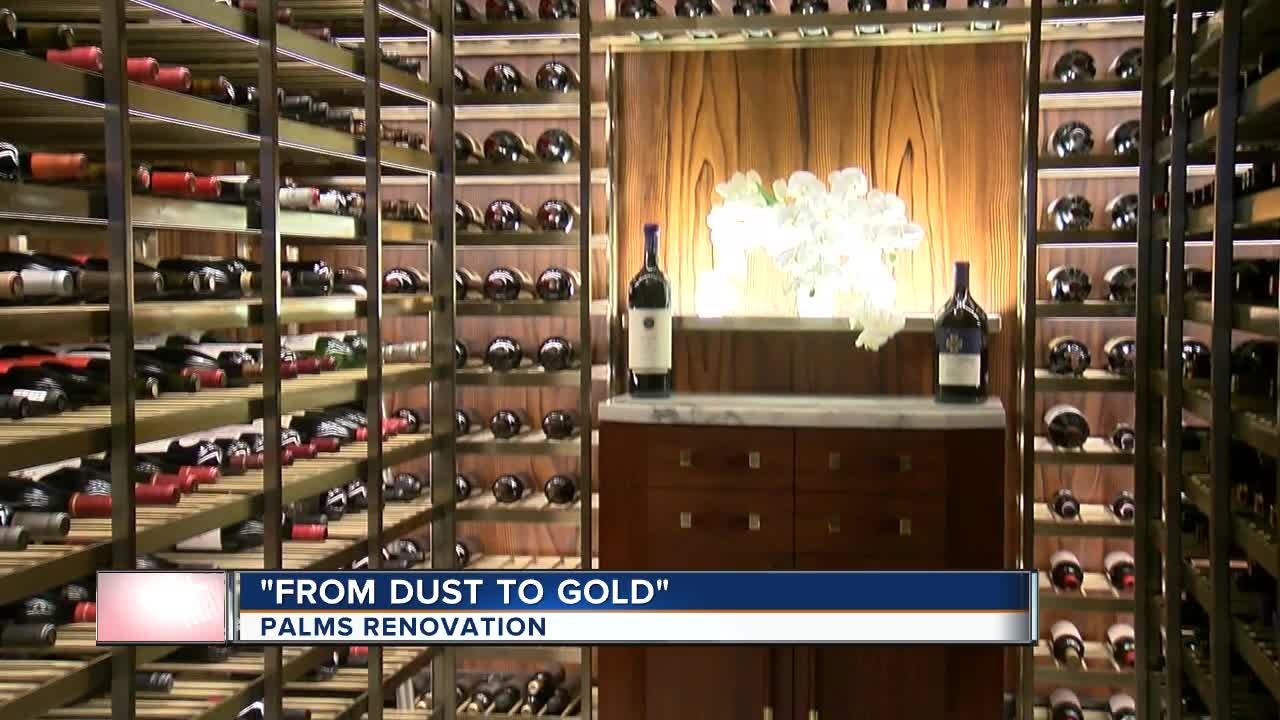 If you have been inside or even driven by The Palms hotel-casino within the past year, you have probably noticed that they have been hard at work inside and outside. 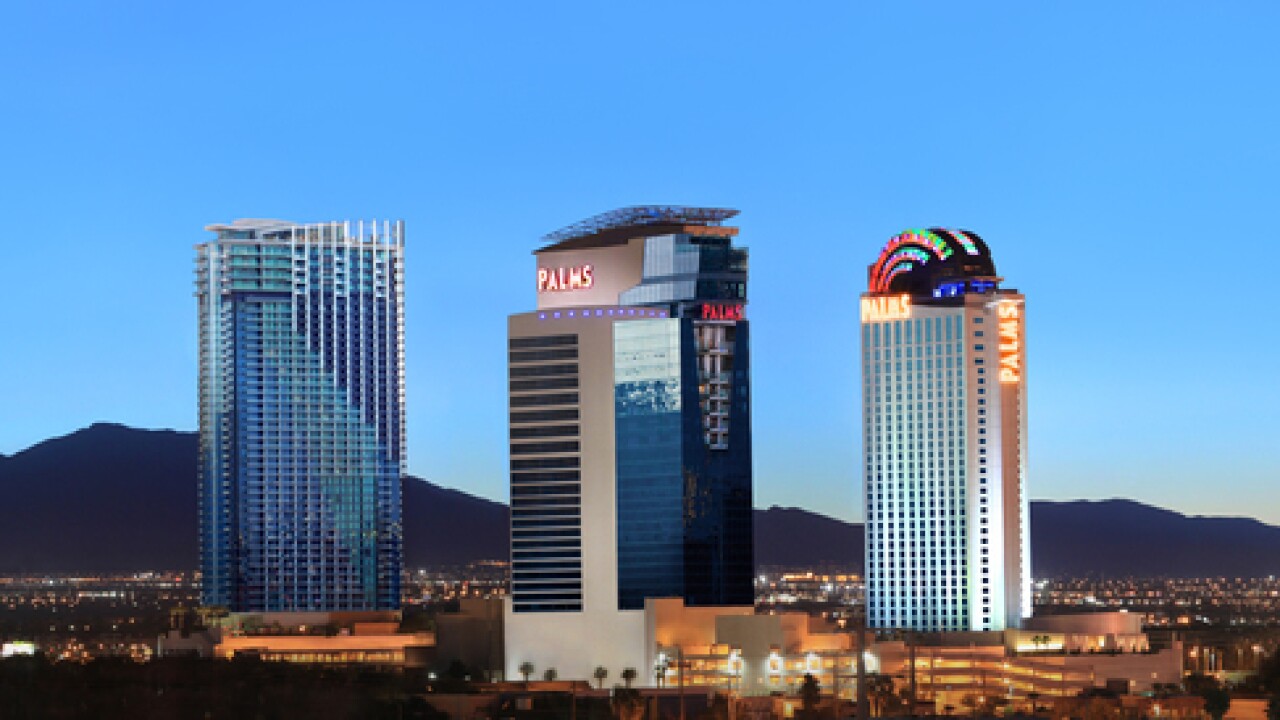 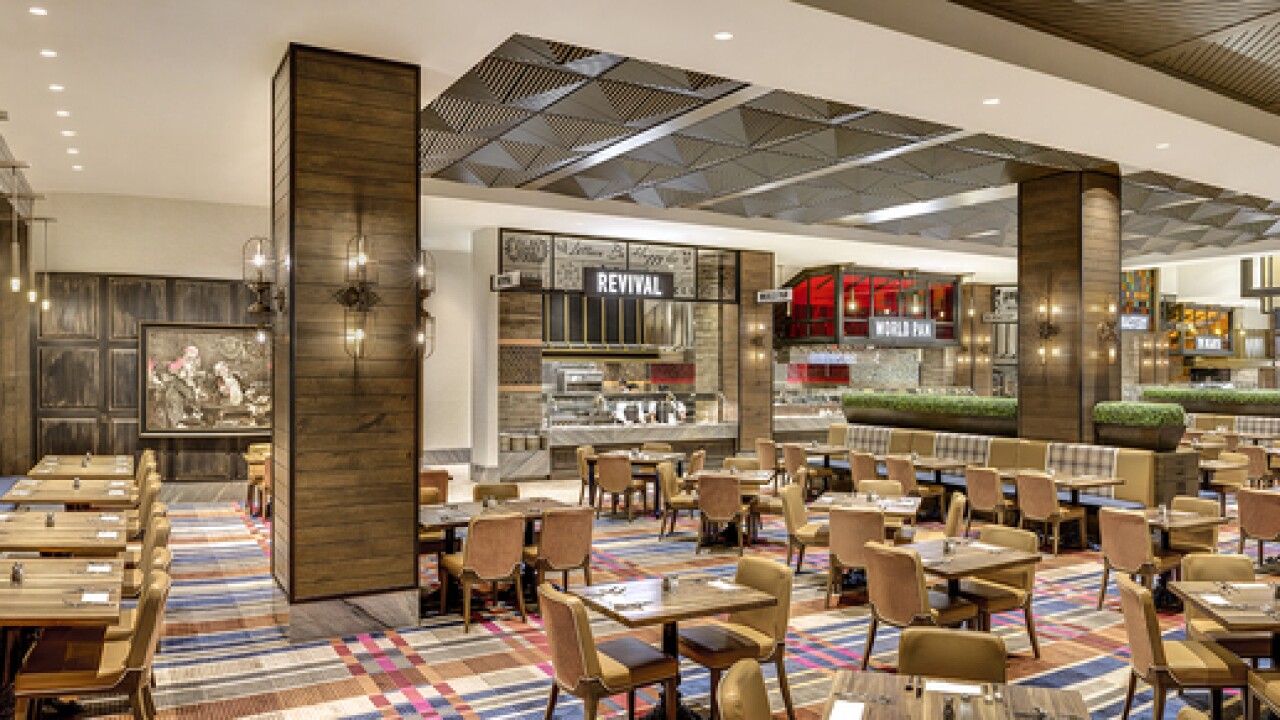 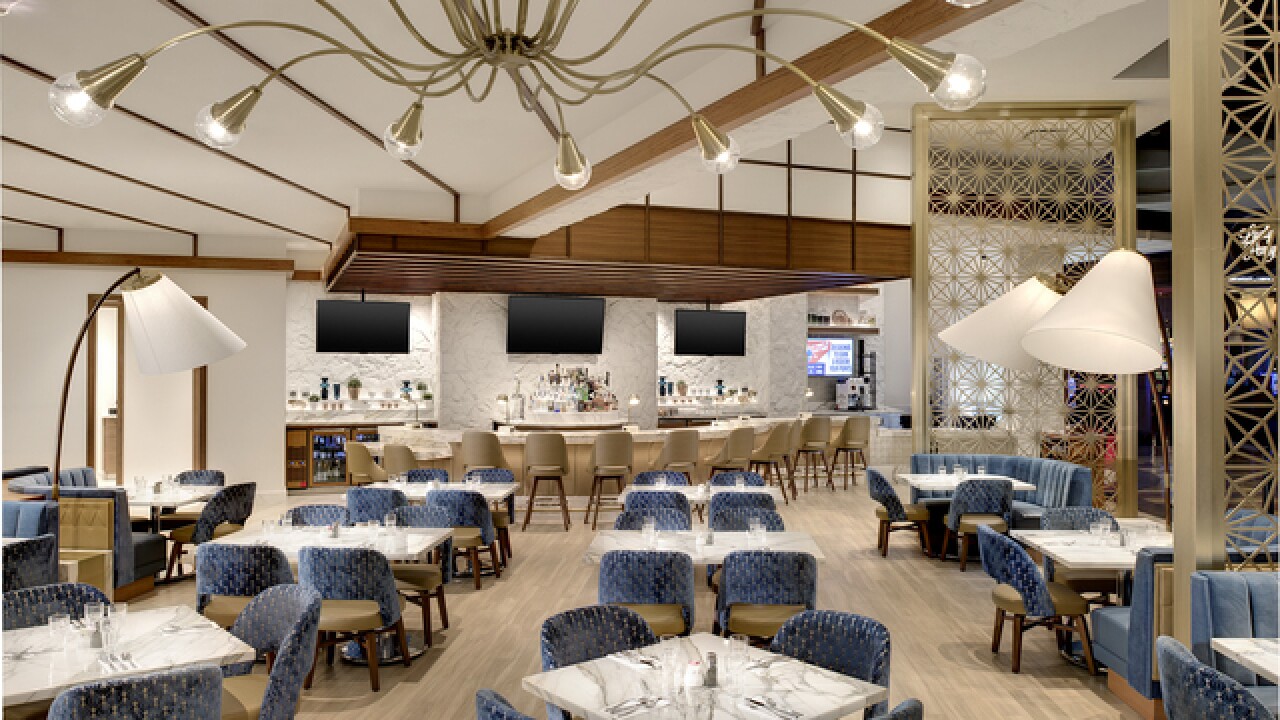 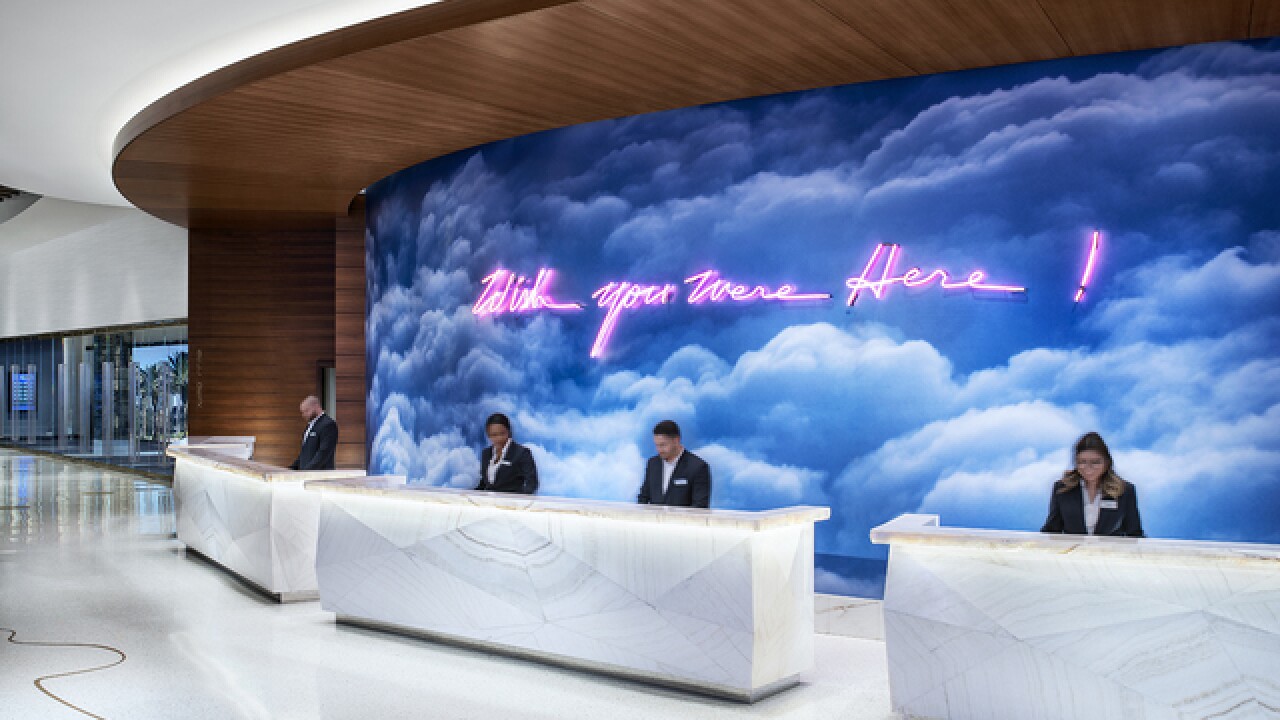 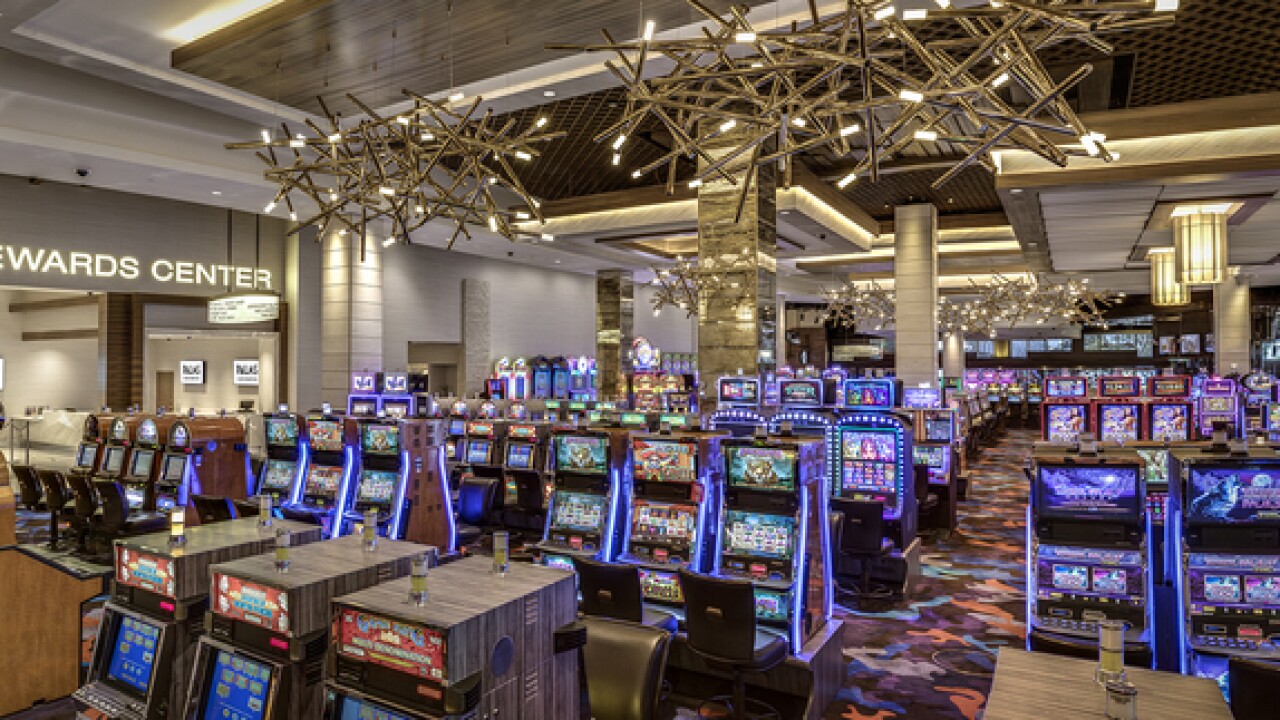 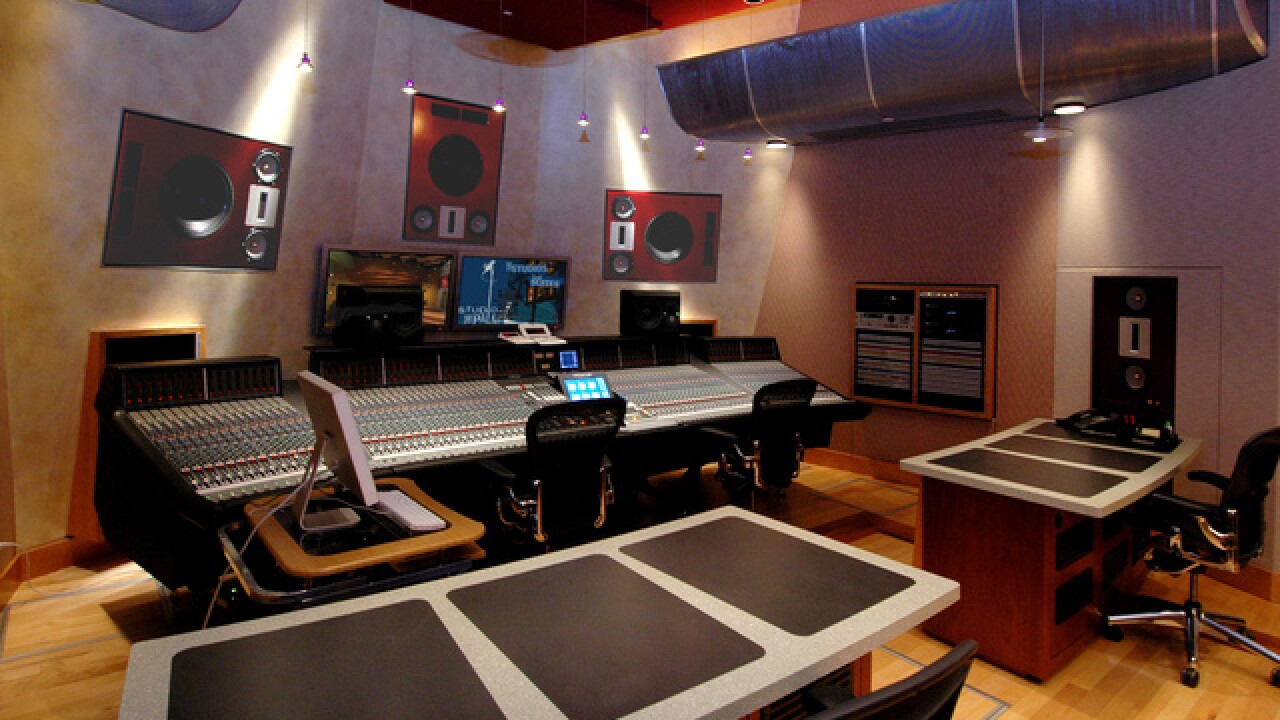 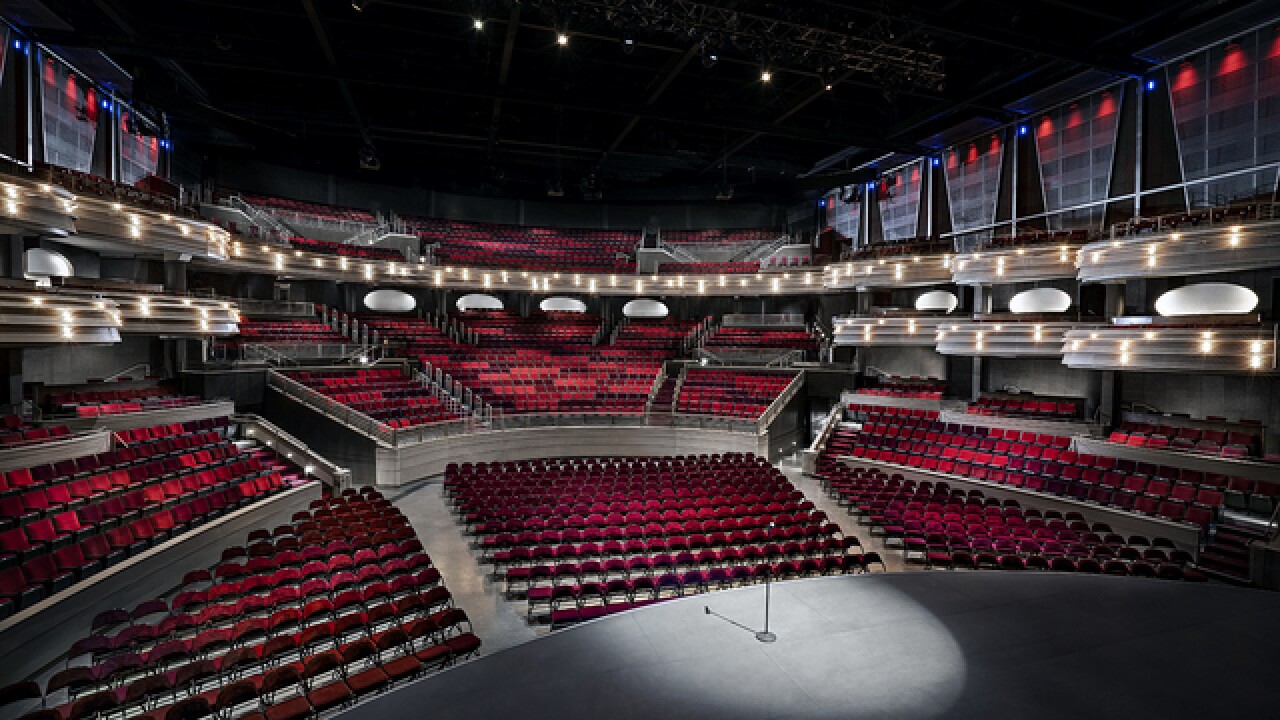 If you have been inside or even driven by The Palms hotel-casino within the past year, you have probably noticed that they have been hard at work inside and outside.

They've made changes to the appearance of its casino, added new restaurants, upgraded its movie theaters and updated the Pearl theater. And, there is more to come.

Many of these changes and additions will be officially introduced to the public on May 18. In addition, the hotel-casino has launched a new advertising campaign titled "From Dust to Gold."

Here is what the public can expect to see (information provided by The Palms):

ART INSTALLATIONS FROM RENOWNED ARTISTS
Guests will encounter a one-of-a-kind art program interwoven throughout the property, including a number of pieces from the personal art collections of Frank and Lorenzo Fertitta, with works by globally-renowned artists Damien Hirst, Jean-Michel Basquiat, Andy Warhol, and Dustin Yellin.

CASINO FLOOR REMODEL AND RESORT UPGRADES
Palms has undergone a complete remodel of the entire casino including chic lighting, wood ceiling fixtures and bright carpet tones. Over 40 new table games, which feature charging outlets at many
seats, will join more than 1,100 video poker and slot machines with the latest games and popular themes centered around a dramatic new center bar. The luxurious new High Limit Gaming Lounge
provides an intimate experience for discerning gamers while surrounded by stunning artwork. Upon arrival, guests are greeted by lush new landscaping including many Palm trees, alongside a 126-
foot-tall, 60-foot by 54-foot LED screen dual-sided marquee. The resort recently unveiled an all-new VIP check-in lounge where guests are welcomed into an opulent retreat.

Send NOODLES (Opened February 2018)
Playing on the colloquialism “send it” or “just saying yes” to something, Send NOODLES features a robust menu with influences from Mandarin, Cantonese, Szechuan, Japanese, Korean and Thai
cuisines as well as creative takes on American and Italian classics using Asian ingredients. Led by Executive Chef Francis Mo, the restaurant serves dishes such as Ramen Mac & Cheese and Udon
Carbonara in a lively setting.

A.Y.C.E. Buffet (Opened December 2017)
A celebration of “All You Can Eat,” A.Y.C.E. Buffet is a reimagined buffet concept with a distinct approach to worldly cuisine presented in an innovative, technique-focused fashion within an open
food hall setting.

Lucky Penny Café (Opened July 2017)
The 143-seat Lucky Penny Café serves up a menu featuring an array of modern American cuisine with a twist of worldly flavors for breakfast, lunch and dinner. Lucky Penny Café has an extensive
menu, including highlights such as fluffy buttermilk Nutella pancakes, zin-braised meatballs, a selection of Neapolitan style pizzas and hearth oven brick chicken.

WORLD-CLASS ENTERTAINMENT VENUES AND MUSIC RESIDENCY
The Pearl concert theater, recently debuted its full remodel complete with a “PEARL” mural at the entrance by Argentinian-Spanish artist, Felipe Pantone and deluxe VIP box accommodations.
Notably, the Pearl, in partnership with Live Nation, will host Blink-182’s first-ever Las Vegas rock residency, "Kings of the Weekend." The 16-show run begins May 26 with dates through November. Other leading acts performing this year at the Pearl include Zac Brown Band, Halsey, Niall Horan, Charlie Puth and Alanis Morissette.

APEX Social Club, located in the space formerly known as Ghostbar with the unofficial title of the best view in Las Vegas, capitalizes on a 180-degree view while reinterpreting the 8,000-square-foot space into an open-air boutique nightclub. Four of Dustin Yellin’s Psychogeographies, his famous 3,000 lb. humanoid sculptures, will live in APEX Social Club.

Camden Cocktail Lounge, located adjacent to the resort’s main entrance, is a lounge focusing on cocktails presented in a distinctive over-the-top manner with flair.

Also, Damien Hirst's first interactive bar concept in the U.S. -- the Unknown -- will be unveiled. The dramatic center bar designed personally by Hirst showcases "The Unknown (Explored, Explained, Exploded) alongside works from his "Pharmaceutical" series of spot paintings.

STILL TO COME
Palms is transforming its look with a sophisticated redesign of all of the Fantasy Tower guest rooms, suites and its six famous Sky Villas.