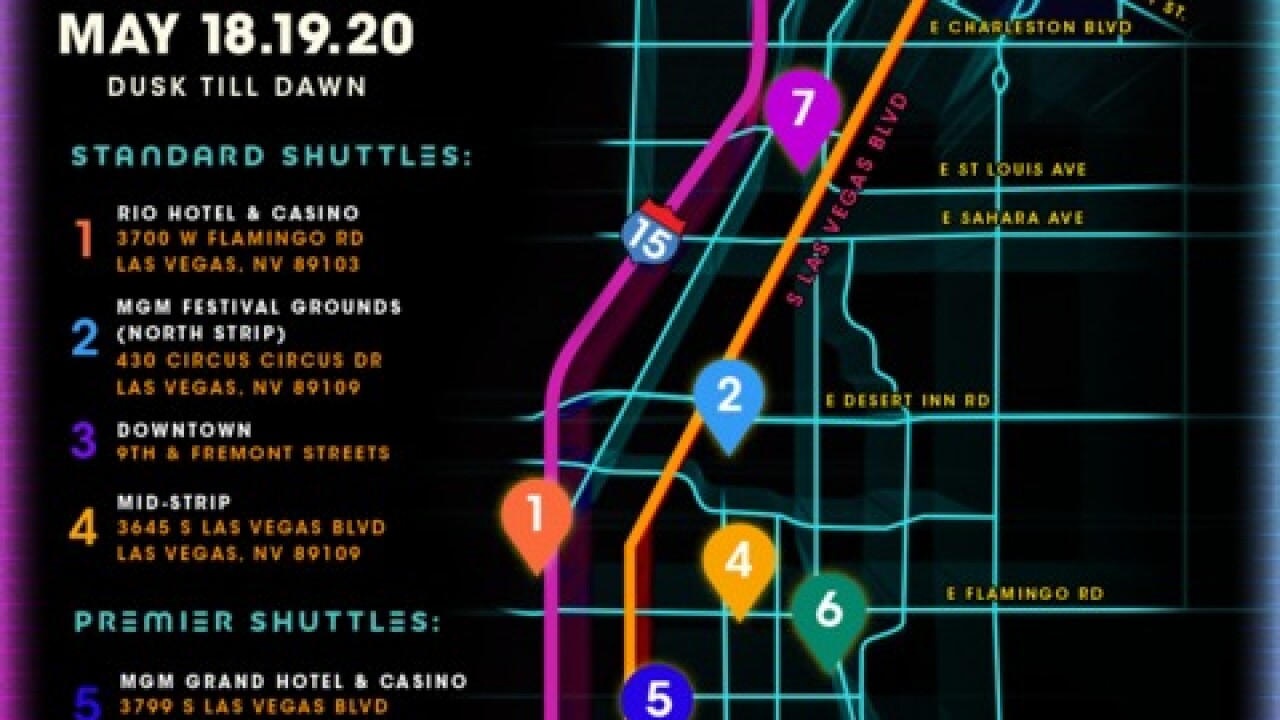 Copyright 2018 Scripps Media, Inc. All rights reserved. This material may not be published, broadcast, rewritten, or redistributed.
Insomniac

The third-party company taking control of the massive shuttle operation will update and improve services to provide air-conditioned vehicles, a dedicated customer service team open from 7 a.m. to 3 p.m., seven days a week with extended coverage during the week of the show, and on-site shuttle support for fans traveling to and from EDC from a variety of Strip and Downtown locations.

Shuttle passes will be available for purchase on Wednesday, Jan. 31, at noon here.

The official EDC Shuttles is the only charter bus option that drops fans off right at the festival gates. EDC Shuttles use a dedicated route to bypass regular traffic, and feature security pre-checks at each shuttle stop so fans can scan their festival wristband and walk straight into the event once they arrive each day.

Standard in-bound service will begin daily at 6 p.m., with outbound rides starting at 3 a.m. Headliners looking to attend the Opening Ceremonies at the festival can RSVP for early shuttles from 2 to 6 p.m. for a small additional cost of $5 per day. The gates to cosmicMEADOW will open at 3 p.m. with entertainment beginning at 4 p.m.

Premier pass holders will be able to reserve their Las Vegas Strip and EDC departure times each day and receive one premium merchandise pack, as well as other daily goodies to enjoy on their ride and at the festival. Additional perks for both services include restrooms prior to boarding, security pre-checks to eliminate wait times upon arrival at EDC, and water at each location. On and off-site guest service teams will be available to help field questions and address concerns.