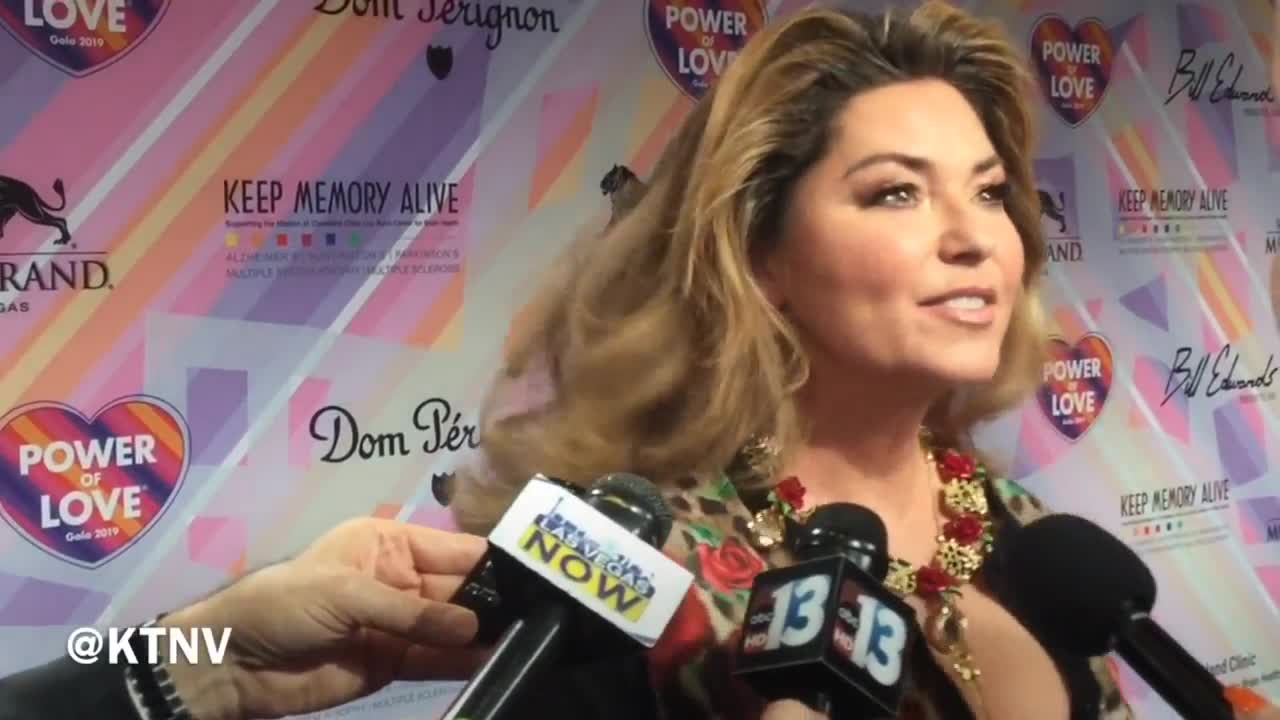 Shania Twain teases her return to the Las Vegas stage in 2019.

The event that was a fundraiser for the Keep Memory Alive foundation, she was there to honor her friend Lionel Richie.

While on the purple carpet entering the event Shania teased a return to the Las Vegas stage.

"I'll have an announcement coming up early in the Summer about spending more time here," Twain said.

She also mentioned, "it's a surprise for June."

The big question left unanswered, where will she be performing?