Rob Zombie, Marilyn Manson team up for another 'Twins of Evil' tour despite past problems 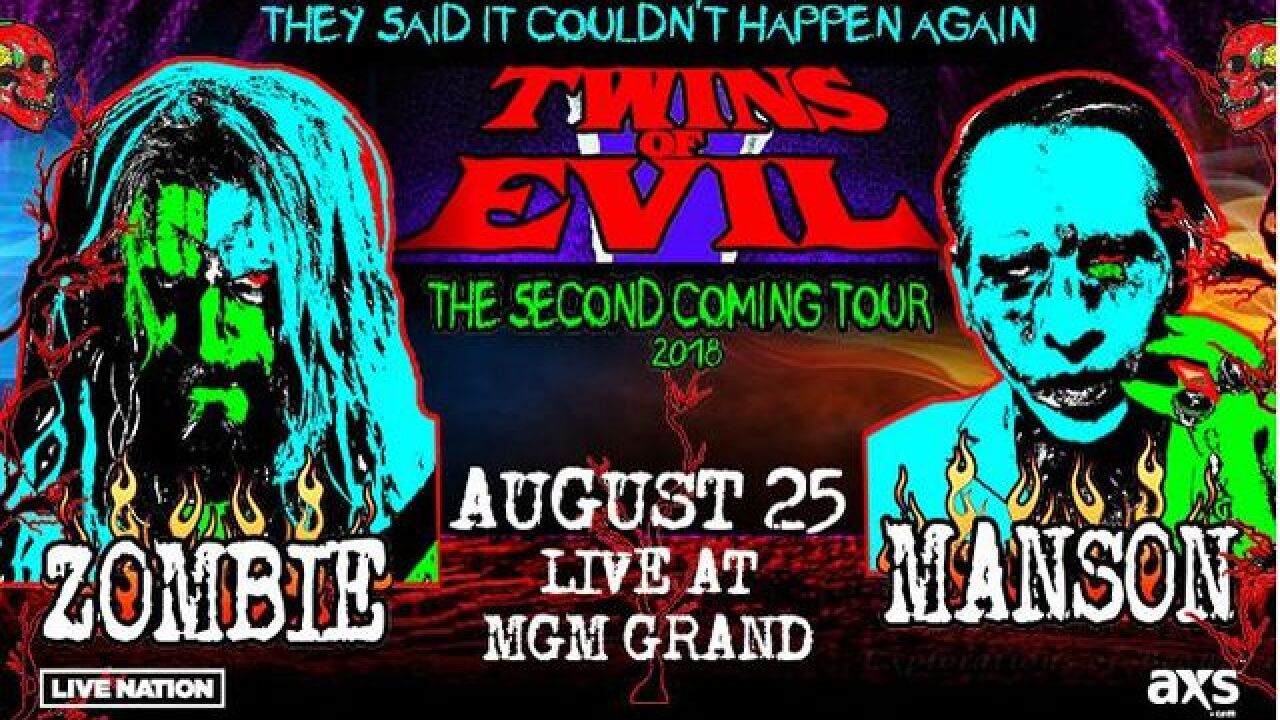 The "Twins of Evil: The Second Coming Tour" is coming to Las Vegas. Rob Zombie and Marilyn Manson will perform Aug. 25 in the MGM Grand Garden Arena.

Rob Zombie continuously challenges audiences as he stretches the boundaries of music. He has sold more than fifteen million albums worldwide across six studio albums and two live releases.

The tour, with almost 30 shows, kicks off on July 11 in Detroit, Michigan. This is their second tour together. The first tour made headlines when Zombie and Manson clashed and Zombie cursed Manson out on stage because he allegedly went over his allotted set time. Things also got "ugly" between the singers backstage.

Zombie told Howard Stern in 2014 that the incident was "so stupid" and said he would "probably" consider touring with Manson again.