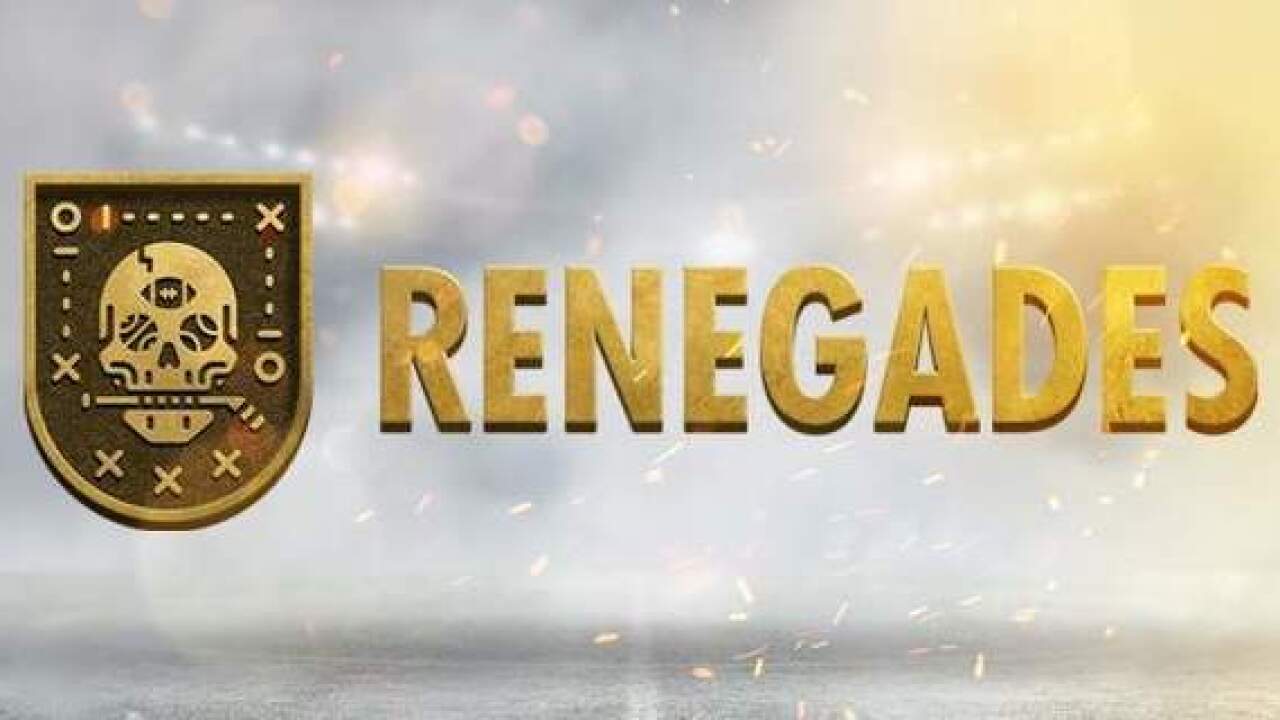 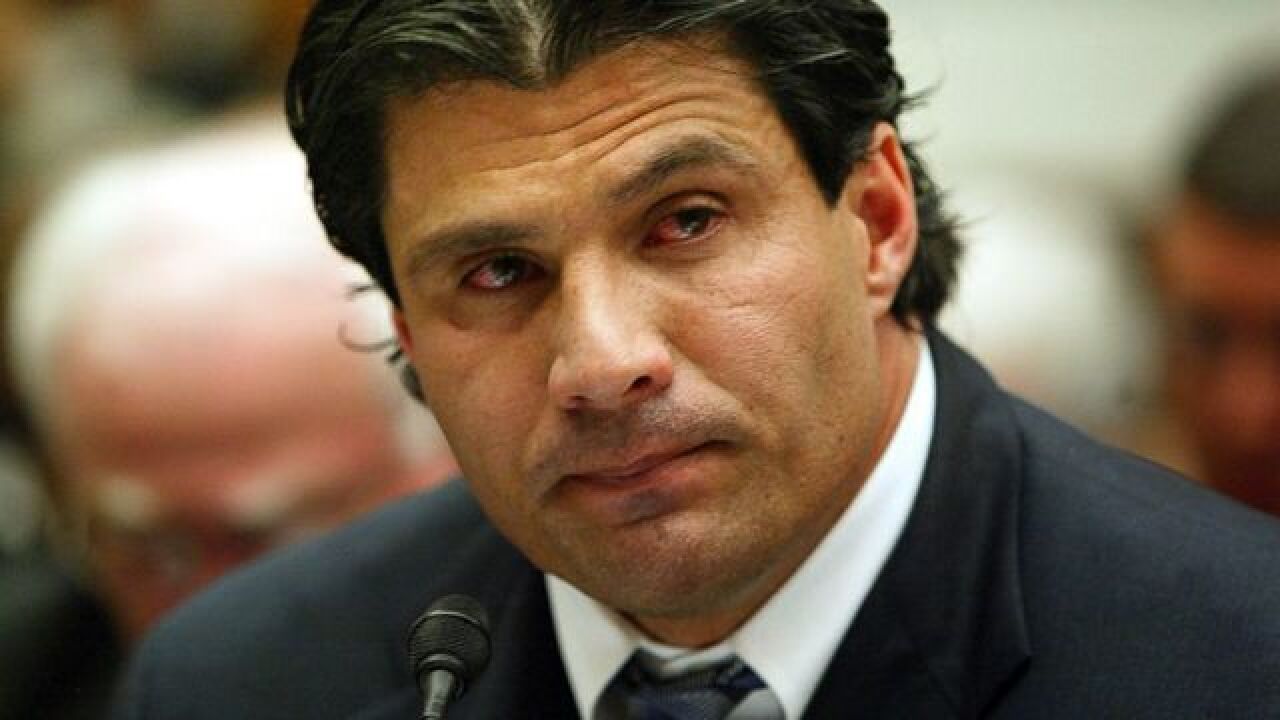 The rebels of sports are taking over the Las Vegas Strip with Renegades, a new interactive and totally unique show.

Opening Jan. 25 inside Cleopatra’s Barge, Renegades gives sports fans an up-close and personal experience with three of their favorite sports stars. No subject is off-limits as legends recount stories from their playing days to tabloid-making headlines and beyond. Hear directly from the greats as they share their eyewitness accounts of the biggest sports stories in history, while getting your chance to play the role of sports reporter lobbing questions at the athletes during the show’s panel roundtable finale.

The starting line-up includes baseball great Jose Canseco and two-time Super Bowl champion Jim McMahon. The Fab Five’s Jimmy King will appear during the first eight shows, with six-time NFL Pro Bowler Terrell Owens taking over starting Feb. 8.  Please note that Terrell Owens will not appear in the shows from January 25 through February 4. The shows will be hosted by comedian Martin Montana, with Eric Jordan Young serving as writer, director and creative director. The Renegades roster will rotate athletes every three months.

A two-time World Series champion, Jose Canseco is best known by millions of fans around the world as the "Godfather of Steroids.” He spent 17 years in the Major Leagues "bashing" baseballs into the upper decks of stadiums and accomplished such impressive accolades as Rookie of the Year, American League MVP, six All Star Game appearances, 462 career homeruns, and became a member of the exclusive 40/40 club. As a controversial best-selling author, reality star, mixed martial arts enthusiast, competitive senior softball player, avid bowler, identical twin, and extreme long drive hitting golf ball philanthropist, you never know what the self-proclaimed "King of Twitter" will say or do next.

Jim McMahon is as well known for his on-the-field performance as he is for his off-field antics, including mooning sports writers when they asked about the status of an injury to his buttocks, and entering his first public event with the Bears holding a beer. Best known at times for being the controversial Chicago Bear who clashed with his coach, Mike Ditka, and NFL commissioner Pete Rozelle, McMahon earned two Super Bowl rings in 15 pro seasons with seven teams, the first win with the Bears in Super Bowl XX where he was the starting quarterback, and the second with the Green Bay Packers in Super Bowl XXXI. He was also the star of the Bears’ rap video, “The Super Bowl Shuffle,” in which he proclaimed "I'm the punky QB known as McMahon." He played college football at Brigham Young University, where he was a two-time All-American in 1980 and 1981, and was inducted into the College Football Hall of Fame in 1998. McMahon retired from the NFL following the 1996 season and has since worked as a restaurant owner and motivational speaker, and is also dedicated to supporting U.S. troops and veterans.

Jimmy King is most famous for his time spent on the famed University of Michigan Wolverines Fab Five, considered by many to be "the greatest class ever recruited” as it was the first time all five starters were freshmen. King, along with Ray Jackson, Juwan Howard, Chris Webber and Jalen Rose, reached the 1992 and 1993 NCAA Men’s Division I Basketball Championship games as freshmen and sophomores. However, most of their wins and both of their Final Four appearances were vacated due to some of the players accepting money and gifts, compromising their amateur status. King played all four years at Michigan and averaged 15 points per game as a senior in 1995, and went on to play 12 years of professional basketball. Besides a having a thriving business career, over the last 20 years Jimmy has spent much of his time working with non-profit organizations that mentor youths in the Detroit area.

Philanthropist, entrepreneur, fitness expert, model, motivational speaker, humanitarian, loving father and the NFL’s six-time Pro Bowler Terrell Owens is a man on a mission. His extraordinary skills on the gridiron and elite athleticism raised the bar for wide receivers in the league. Owens is credited with being one of the most exciting and electrifying players to ever play the game, with 1,078 Receptions, 15,935 yards, and 153 touchdowns during the span of his 15-year career. Owens has garnered countless awards and accolades for his work on and off the field, including six Pro Bowl appearances, five time Associated Press All-Pro, recorded five seasons with 13 or more touchdowns, and the first to score a touchdown in seven straight “Monday Night Football” games. On September 15, 2008 in yet another remarkable Monday Night Game, Owens moved into second place on the NFL’s all-time career touchdown list. While he was one of the best players of his era, Owens also created a significant amount of controversy during his professional career, and also attracted attention for his flamboyant touchdown celebrations and rifts with teammates. Owens’ work on the field is only mirrored by his accomplishments off the field including partnering with the Alzheimer’s Association which is near and dear to his heart.

Martin Montana began his comedy career in Boston, performing at a bowling alley … showbiz! He then spent several years in New York City and now lives in Los Angeles. The co-creator of the web series "Middle Grown,” Martin has also written and acted in sketches on Funny or Die. In 2014 he began voicing the talking orange slice known as “Wedgehead” for the beer Shock Top in a series of hidden camera unscripted ads. The campaign immediately went viral with over 10 million views, expanding into television commercials for both Canada and the U.S., including a Super Bowl commercial in 2016. He can be heard on SiriusXM satellite radio, was a semi-finalist in NY’s Funniest Stand Up Competition, has been featured in the Boston Comedy Festival, and has performed at a Washington Nationals baseball game.

Eric Jordan Young first came to Las Vegas in 1993 for the production of Andrew Lloyd Webber’s all-roller skating show, “Starlight Express.”  He starred in the Las Vegas production of “Rock of Ages” from 2015 through 2017 and appeared in over 2,300 performances of “Vegas! The Show.” Young earned a BFA with honors in Musical Theater, graduating from Ithaca College in 1993 and has appeared in a number of Broadway productions including “Chicago,” “Ragtime,” “Seussical the Musical” and “The Look of Love,” as well as several other off-Broadway and touring companies. Eric is currently the Resident Director of “BAZ a Musical Mash-Up,” now appearing at the Palazzo Resort and Casino and is currently performing in Las Vegas’ newest production, “The Cocktail Cabaret” at Caesars Palace.

Renegades will be presented Thursday through Sunday at 8 p.m. beginning Thursday, Jan. 25.  Please note that Terrell Owens will not appear in the shows from January 25 through February 4. Tickets are $75 and $100, with a VIP package available for $300 which includes VIP seating, a photo, merchandise and a meet and greet with the athletes in Montecristo Cigar Bar after the show. Tickets go on sale Thursday, Dec. 21 at 10 a.m. PST and may be purchased online at ticketmaster.com.