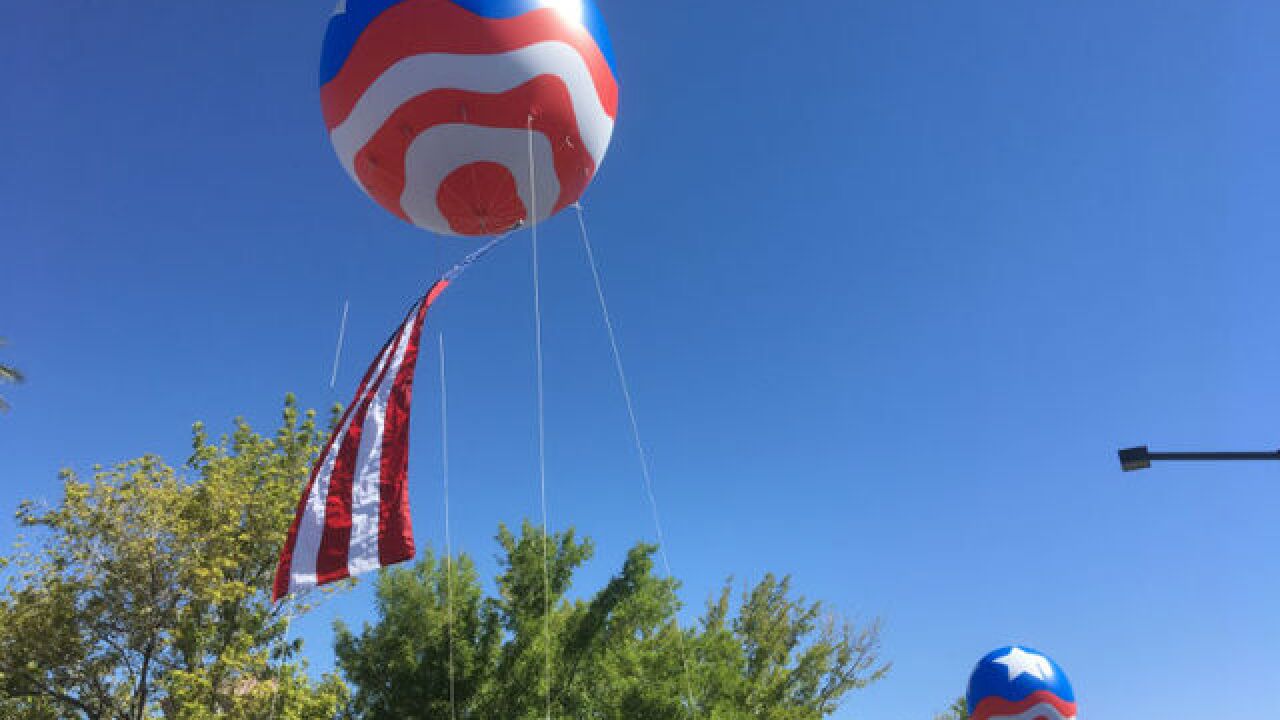 Plenty of celebrations were held throughout the day to celebrate the Fourth of July Tuesday in the Las Vegas valley.

In the evening, Station Casinos' annual fireworks shows will take place at 9 p.m. at Red Rock and Green Valley Ranch resorts. Crews at both locations have spend the last few days getting ready for the big night.

And in Henderson, the city's annual celebration is moving to a new location. It will take place at Heritage Park near South Racetrack Road, The free event will include live entertainment, games for the kids, food and beverages available for purchase and, of course, a giant fireworks show.

But that's not all that is happening around the Las Vegas valley. If you want to see a complete list, just click here.

Las Vegas police will also be on the lookout for illegal fireworks around the valley. If people are having problems with illegal fireworks in their area, they're asked to call 311, not 911. Police are expecting a high number of calls tonight.

If you are caught with illegal fireworks, you could be fined a $1,000.

An estimated 90 fires were caused by illegal fireworks in the city alone last year, according to Las Vegas Fire & Rescue.