'Explosion of Silence' photo exhibition to debut at the Whitney Library 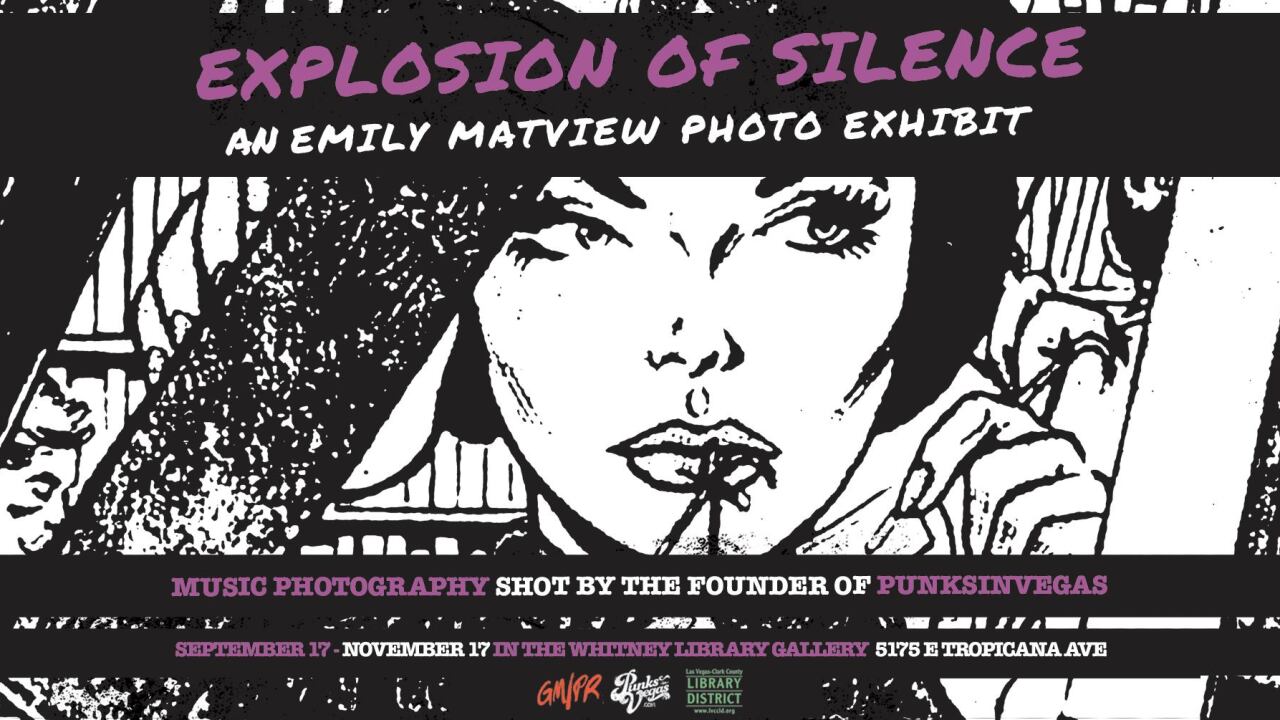 Punks in Vegas founder Emily Matview has announced an art exhibit to celebrate 9 years of taking photos for the Vegas-based music website.

The gallery will feature 11x14 photographs taken by Emily, who is also a Youth Services Librarian for the Las Vegas-Clark County Library District. This is her first solo exhibit following last year’s gallery at Rebar which featured multiple PIV photographers. Most photos on display will be available to purchase.

Emily Matview: Explosion of Silence will feature a mix of local and national musicians, including Jeff Rosenstock, Mercy Music, blink-182, Illicitor and The Wonder Years. There may be no shows happening this year (sadly) but music fans can relive past concerts like Laura Jane Grace of Against Me! at Beauty Bar, The Story So Far at Eagle Aerie Hall or AFI at the House of Blues via this exhibit!

The show is free to view and will be open to the public during regular business hours.

More info can be found via the Library District’s website.