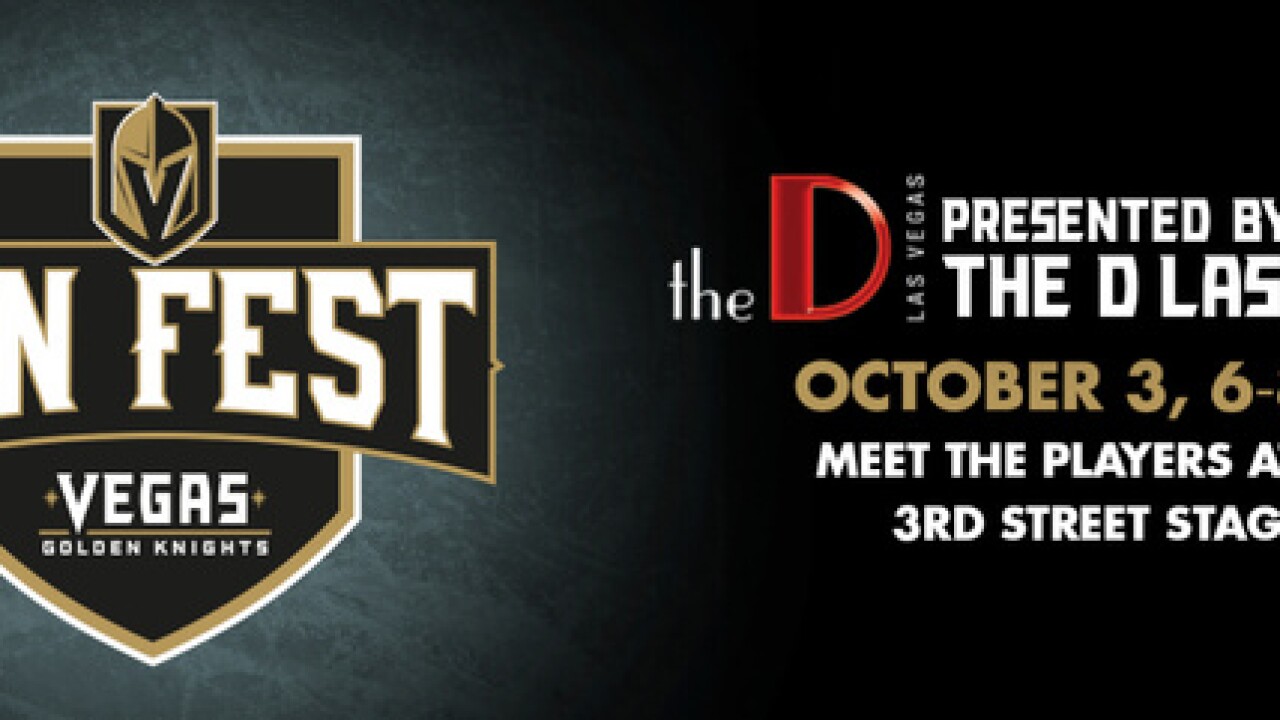 The details for the very first Vegas Golden Knights Fan Fest have been released.

It will take place from 6 to 8 p.m. Oct. 3 at the Third Street Stage outside of the D Las Vegas on Fremont Street.

Fans will have the opportunity to interact with players as they walk the red carpet under the Viva Vision canopy of the Fremont Street Experience, and be part of the official introduction of the Vegas Golden Knights to Las Vegas. The red carpet will begin at Casino Center and conclude at the 3rd Street Stage.  In addition, the Golden Knights mascot will be unveiled to the public for the first time presented by GEICO.

In addition to walking the red carpet, each member of the team including the coaching staff will be formally introduced on stage by team broadcasters Dave Goucher and Shane Hnidy, who will emcee the festivities. Vegas Golden Knights Chairman and CEO Bill Foley, the D Las Vegas CEO Derek Stevens, Vegas Golden Knights Head Coach Gerard Gallant and Vegas Golden Knights President Kerry Bubolz will also be in attendance to support the kickoff of the inaugural season. The Vegas Golden Knights promo team will be present to take part in the fan celebration.

The D Las Vegas is the official Downtown Las Vegas casino partner of the Vegas Golden Knights, and will host viewing parties all season long at LONGBAR.