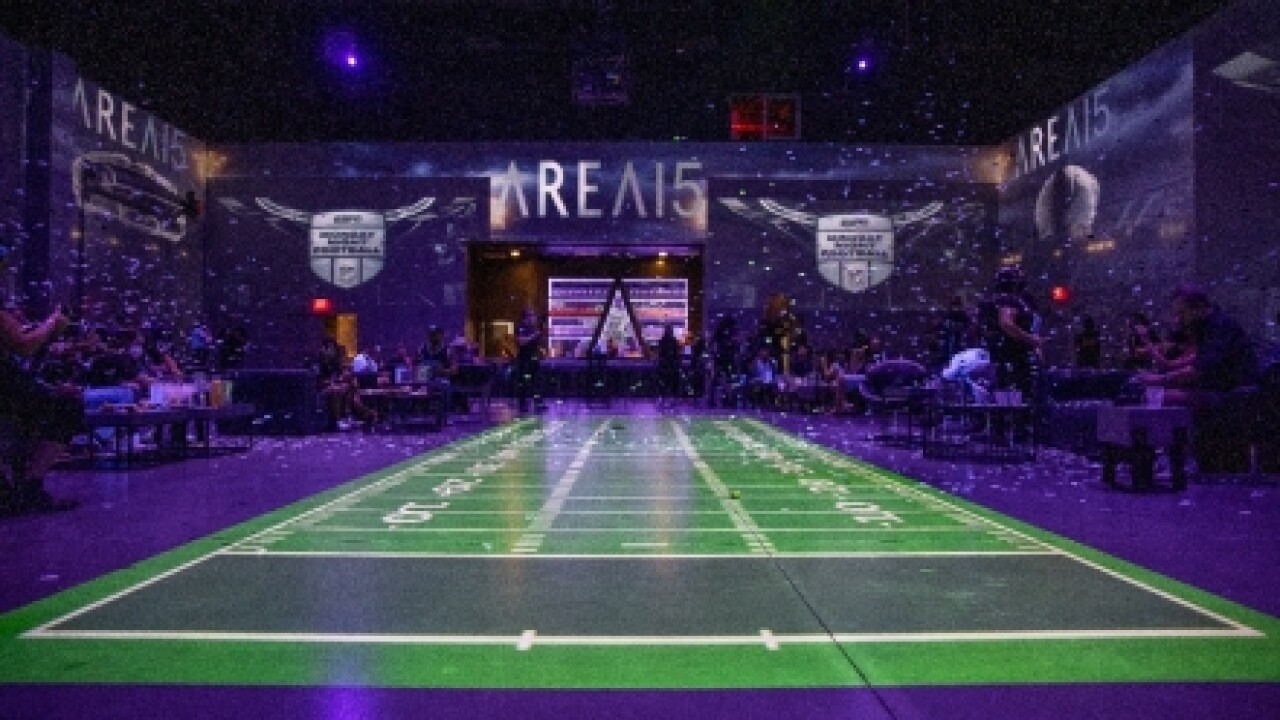 Every Monday night and during all Las Vegas Raiders games this season, AREA15 invites football fans to watch their favorite teams inside another dimension.

Outfitted with 360-degree, projection-mapped walls and immersive audio and visual elements, Football 360 inside The Portal literally plunks guests into the middle of the action.

Guests can reserve a table of two to four people with a food and beverage minimum starting at $150.

For the Raiders’ home games on Oct. 25, Nov. 22 and Dec. 17, the experience will be taken to a new level with an ambient drum procession of performers during the pre-game and at half-time. The performance is choreographed by Chris Wink, former Blue Man Group co-founder and AREA15’s director of content and cool stuff.

Fans can experience Football 360 during Las Vegas Raiders’ home games and on Monday nights throughout the season.

Space is limited and reservations are required.

To secure a spot, submit a reservation inquiry here.