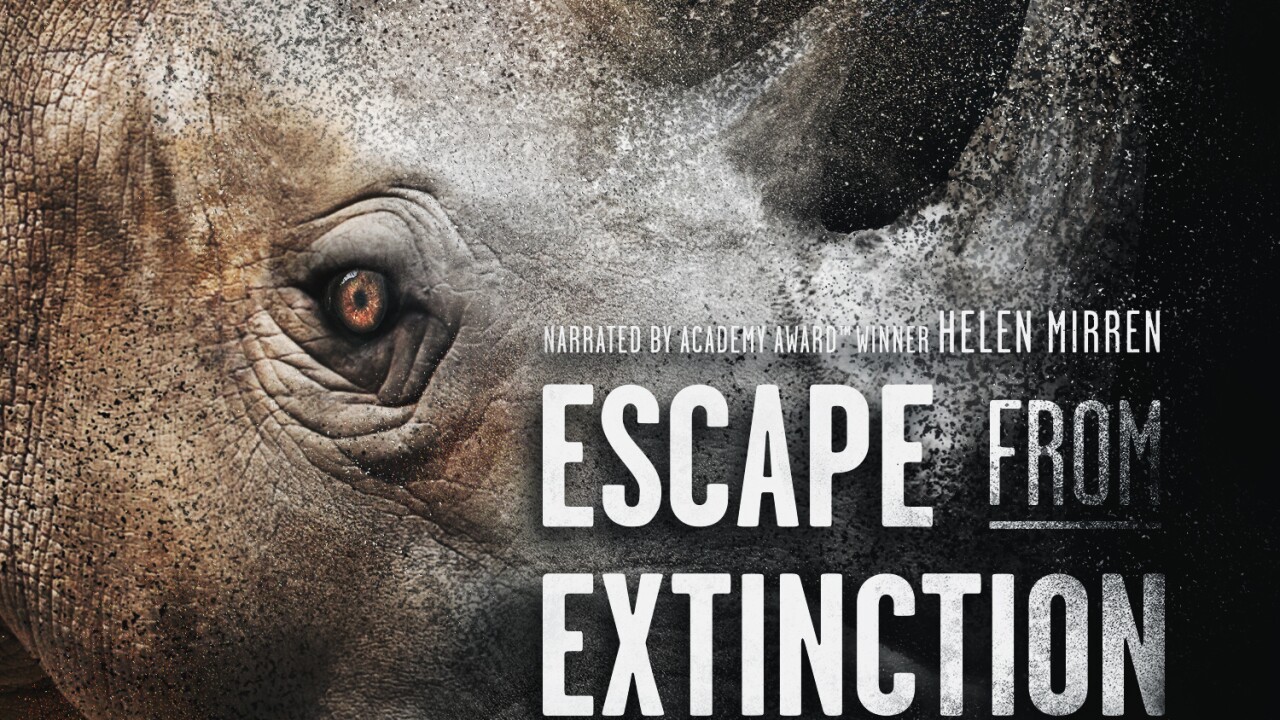 The film will open here in town at Galaxy’s Boulevard 9 and Green Valley.

"Escape From Extinction," narrated by Academy Award-winner Dame Helen Mirren, showcases the critical efforts that certified and accredited zoos and aquariums are undertaking to preserve millions of species threatened with mass extinction.

The documentary is directed and produced by Matthew R. Brady of MRB Productions and executive produced by president and CEO of American Humane Dr. Robin Ganzert.

The film will open wide across the U.S. on Oct. 16, with additional dates forthcoming. Cities include Chicago, Atlanta, Phoenix, Dallas, Houston, Orlando, Denver, and others.

Proceeds from the 90-minute documentary will go back to American Humane, in helping to further its vital work to protect animals around the world, including saving, sheltering, and improving the lives of some one billion animals each year.

Escape From Extinction is the 143-year-old organization’s first foray into the world of feature film.