A new era for the Utah Shakespeare Festival 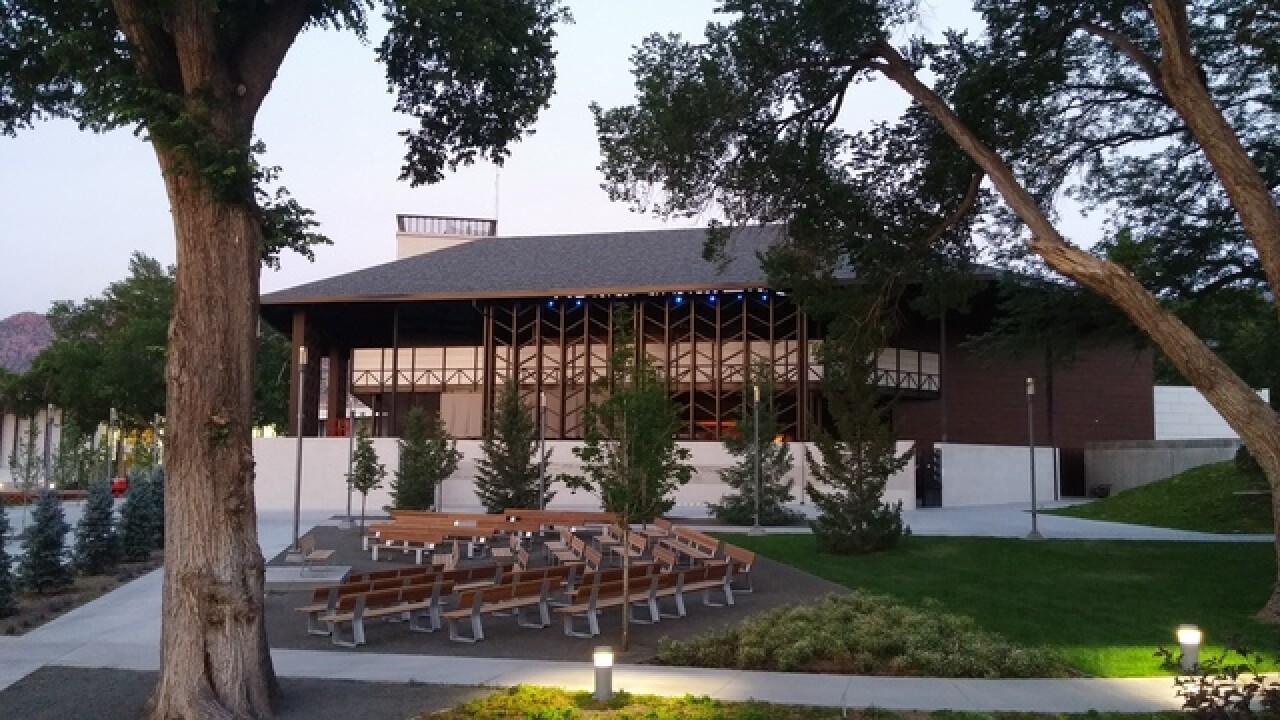 While many theater lovers look forward to the start of the Utah Shakespeare Festival season, the 2016 season took on a new significance.

The Beverley Taylor Sorenson Center for the Arts was dedicated July 7 and with it came a brand new theater, the Engelstad Shakespare Theatre, and the Southern Utah Museum of Art.

Both the performing arts complex and Shakespeare Theatre were a culmination of years of planning for the festival, which is located on the Southern Utah University campus in Cedar City, about 3 hours from Las Vegas.

For years, Utah Shakespeare Festival officials were raising money for a new theater and in 2009, Southern Utah University launched a campaign to build the Southern Utah Museum of Art. In 2012, leaders decided to combine the efforts, making for a more complete experience.

The art museum and new theater join the Randall J. Jones Theatre all in one complex, the Beverley Center. Previously, festival goers would have to cross the street to get between the Randall Theatre and the Adams Shakespeare Theatre, which used to house the festival's Shakespeare productions. The Beverley Center brings the festival and the university's arts community into one centralized area.

The Beverley Center also notes the significance of Shakespeare to the small southern Utah community with a street just south of the center renamed to Shakespeare Lane and several statues of Shakespeare characters along its pathways, including one of Shakespeare himself that was unveiled July 8.

The new Engelstad Shakespeare Theatre is much like the Adams Theatre, modeled after Shakespeare's Globe Theatre in London. One key difference is space. While the Adams had a lot of charm and really made you feel like you were at the Globe, it was a compact space with uncomfortable seating.

The Engelstad may only have 25 more seats than the Adams at 913 but there is more space to walk around the theater, plenty of legroom and more comfortable seats.

But there is something to be said about the Adams Theatre. As to what is going to happen to the theater, a decision hasn't been made yet. The lighting and sound equipment has been moved out of the the new space so currently, it is not a functional theater space. Southern Utah University may allow groups to rehearse on it or use it as an educational space during the day.

At the end of July, a final piece of the Beverley Center will open -- the intimate Eileen and Allen Anes Studio Theatre, which only seats about 200 people. "Murder for Two" and Shakespeare's "Julius Caesar" will be at the new studio theater.

The festival is showcasing two other Shakespeare plays this summer, "Much Ado About Nothing" and "Henry V," both in its new Engelstad Theatre. "The Three Musketeers" is also at the Engelstad.

The Randall J. Jones Theatre is currently showing two fun but completely different comedy musicals, the Marx Brothers' "The Cocoanuts" and Disney's "Mary Poppins." This fall, two of the Utah Shakespeare Festival's artistic directors will be "The Odd Couple."

And of course, there is the free Greenshow on the lawn of the Beverley Center where theatergoers and just average community members can take in a 30-minute show.

For more information on the Utah Shakespeare Festival and this season's shows, visit www.bard.org.