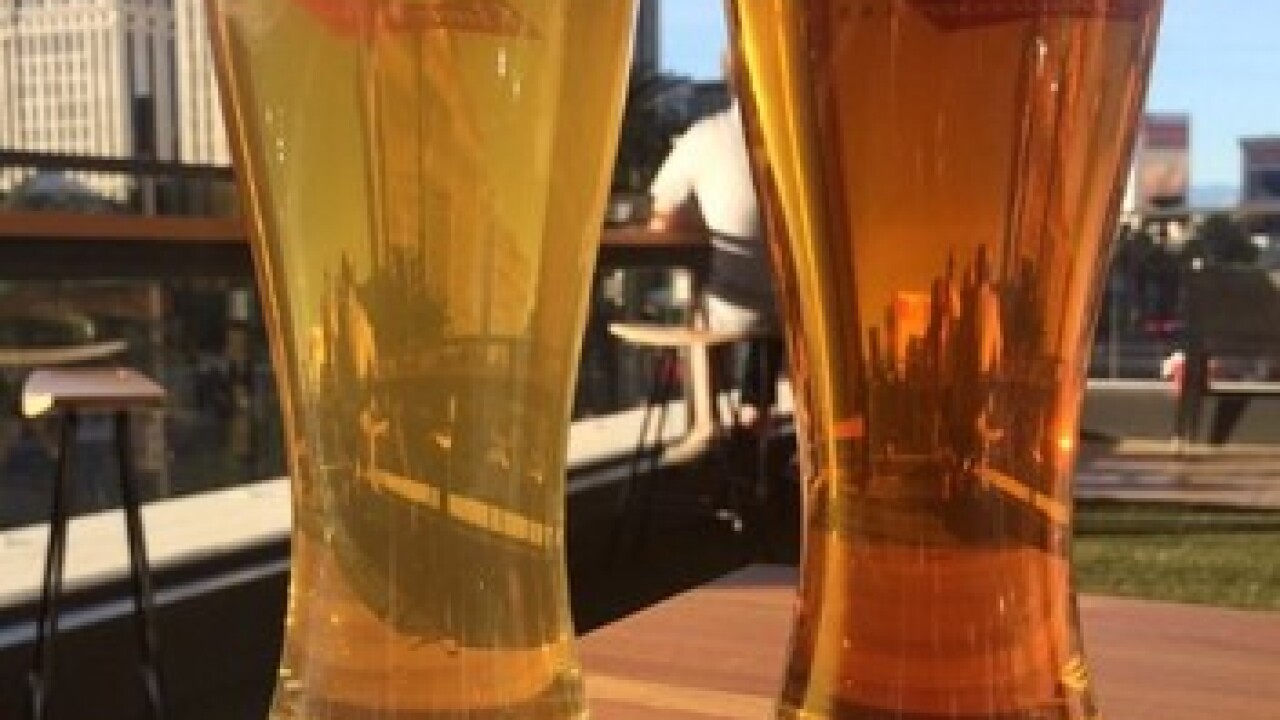 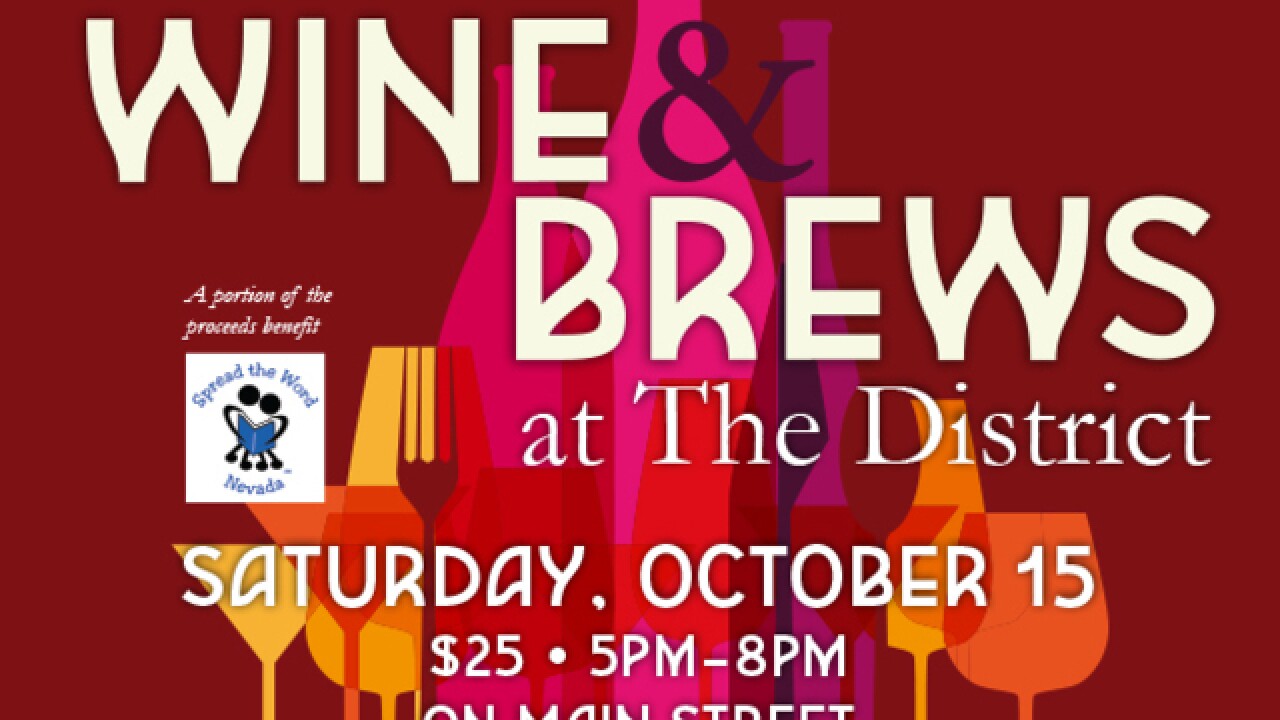 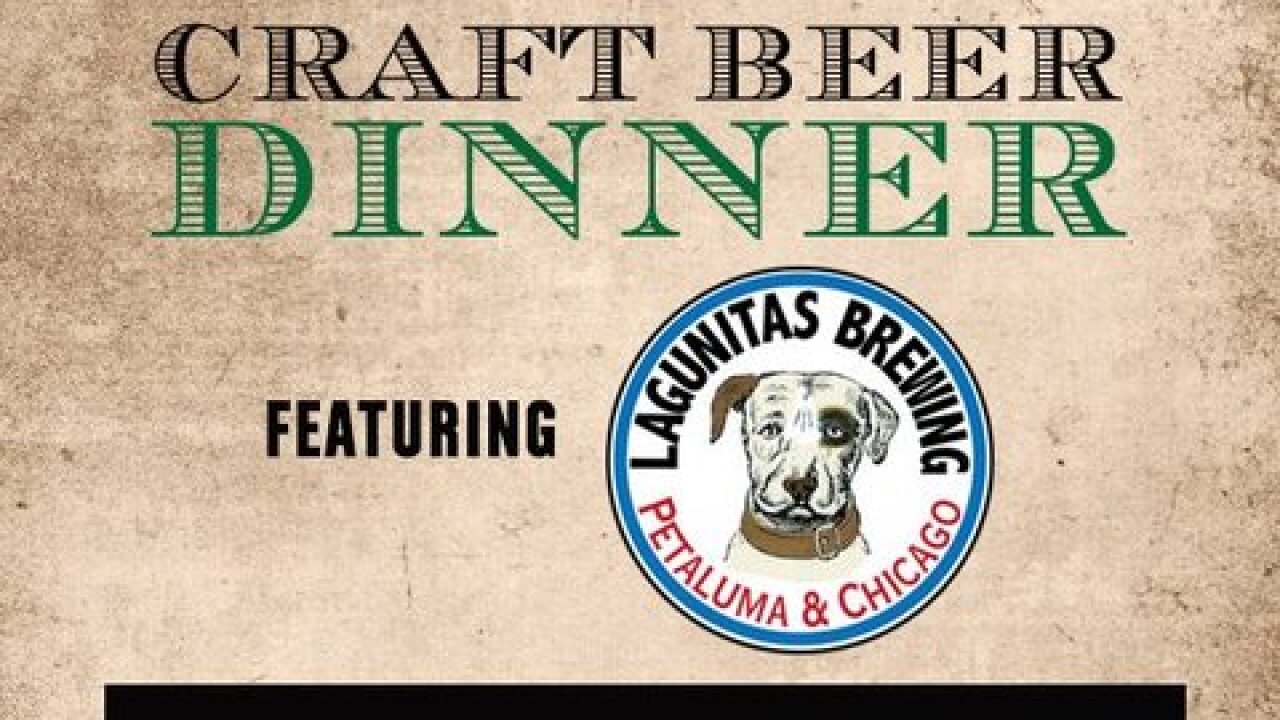 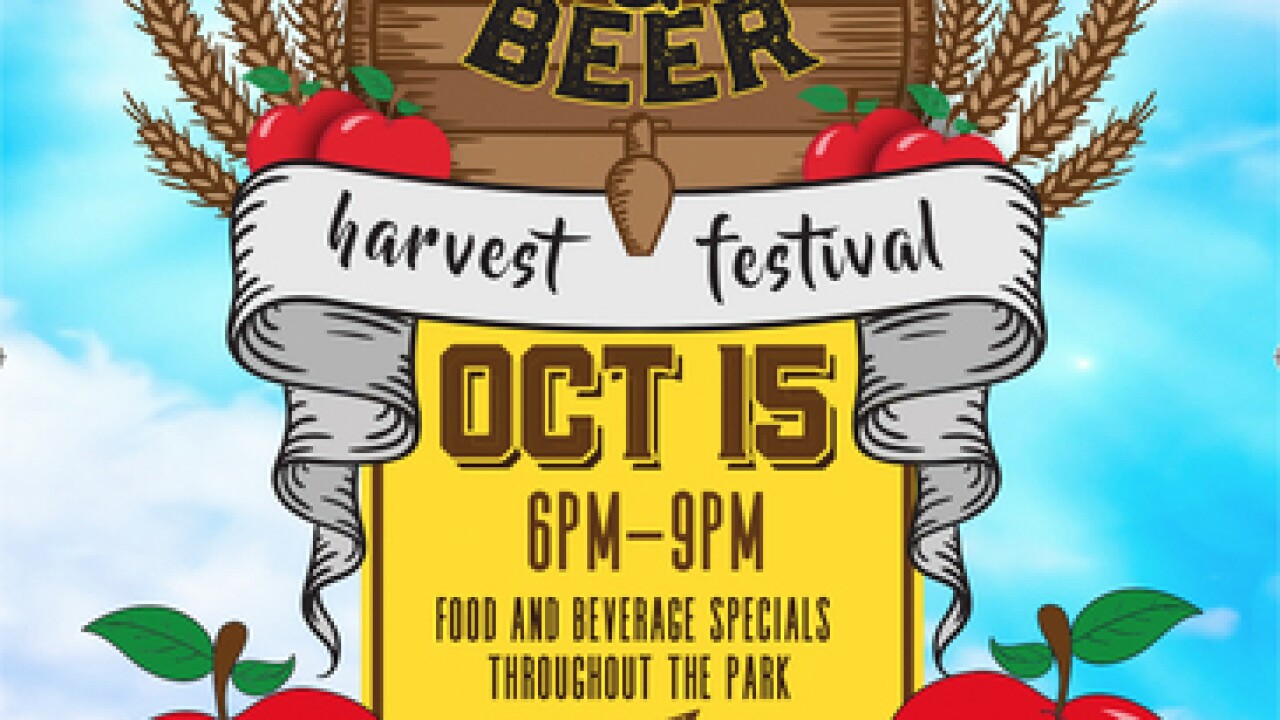 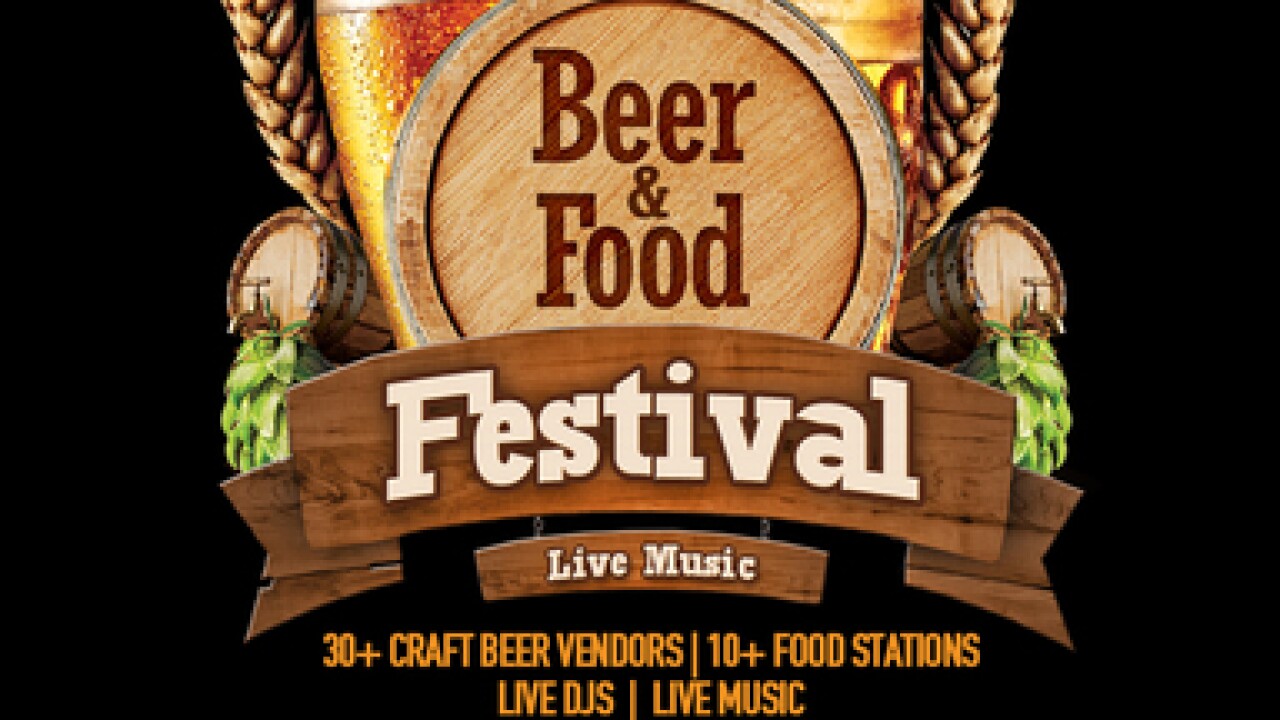 Judging from the number of festivals and special events over the next two months, fall is the perfect time to drink beer in Las Vegas.

CraftHouse Brewery is hosting a keg tapping of its third core beer, a Belgard coffee stout, at 6 p.m. Oct. 7. Vesta Coffee Roasters will also be in attendance and will be giving away sample bags of their house-roasted beans.

Dirty Dog is offering free samples of its Dirty Dog beer from 7 to 9 p.m. Oct. 7 at its location on South Rainbow Boulevard.

Tenaya Creek Brewery is hosting a brewery tour on Oct. 8. Cost is $10 and includes a 5 oz. souvenir glass and three beer tickets to fill the glass with any Tenaya Creek beer. Must reserve a spot ahead of time. Private tours also available. RSVP to katy@tenayacreek.com.

The first ever Beer Park Rooftop Beer Festival is happening from 5:30 to 9 p.m. Oct. 8 at Chateau Nightclub & Rooftop under the Eiffel Tower at Paris Las Vegas. The event will feature 30 different craft beers and a variety of food vendors. Some of the participating breweries include Four Peaks and Banger Brewing. Participating restaurants include HEXX Kitchen and Beer Park. There will also be live music by the Spazzmatics and the Dirty with Frankie Perez.

Bad Beat Brewing has several releases coming up. The first is a Big Baby Porter release party on Oct. 14 from 2 p.m. to midnight. Three different variants and limited bottles will be available for purchase. Variant no. 1 is made with coffee and coconut. Variant no. 2 is made with blood orange puree and Madagascar vanilla beans and variant no. 3 is a dry hop variant. The Heaven Hills barrel-aged porter is dedicated to Bad Beat's head brewer's son Porter, who was born on Oct. 14, 2015.

The Cider & Beer Harvest Festival is happening Oct. 15 at the Downtown Container Park. There will be food and beverage specials throughout the park from 6 to 9 p.m. Live music. Tickets are $25 online in advance and $30 at the door.

Enjoy wine and beer and help out a good cause at Wine & Brews at The District at Green Valley Ranch on Oct. 15. The event, which will take place from 5 to 8 p.m., will benefit Spread the Word Nevada Children's Literacy Nonprofit.

The Cosmopolitan of Las Vegas in partnership with Southern Glazer's Wine and Spirits is hosting Crafts & Cocktails, an exclusive outdoor craft beer and cocktail experience set high above the Las Vegas Strip on Oct. 15. The event will feature 75 distinct craft beers from a variety of local, regional and international breweries as well as a selection of unique cocktail creations. Beer enthusiasts can also purchase a ticket option that grants access to the festival’s five food stations serving delicious, beer-inspired dishes. Doors open at 6. General admission tickets start at $40.

PKWY Tavern is hosting two craft beer dinners Oct. 18 and 19. The evening’s Asian-inspired menu features the flair of the Chin family and was created by Chef Lanny and paired with beers from Lagunitas Brewing Company. Both dinners begin at 7 p.m. menu highlights include Chin family eggrolls, cellophane noodles with squid and snow peas, short ribs with Chinese broccoli and steamed rice, and Thai coffee creme brulee. Tickets are $35 per person. The dinner starts at 7 p.m. The Oct. 18 will take place at the Flamingo location, and the Oct. 19 is happening at the Rampart location. Tickets are $35 per person.

CraftHaus & Rx Boiler Room are teaming up for the 2nd annual beer dinner on Oct. 21 from 6 to 9 p.m. The dinner will feature six courses by Chef Rick Moonen of Rx Boiler Room. Menu highlights include tater tots, watermelon, radish and citrus caviar, chili-coffee rubbed flat-iron steak, duck confit and fired Brussel sprouts, pasta with mussels, clams and King crab, and an old-school peach cobbler. The special collaboration beer was inspired by Moonen and his passion for kelp. Tickets are $60 per person.

Big Dog's is hosting the annual Dog-tober Fest on Oct. 29. It is a Wisconsin-style brat party with 45 seasonal craft brews including some rare and one-off tweaked kegs including a special keg of Jacked Up Pumpkin, big hot pretzels, raffles and live music by Kelly Sheehan, Stoked, and Taj. A portion of the proceeds will benefit The Animal Foundation. Free admission. Tokens are available for 10 for $10. A commemorative DOGtober Beer Fest pint glass is required for beer tastings and is available for purchase for $5 each. Various packages also available.

Atomic Liquors on Fremont East is hosting the 4th annual Sour Saturday Beer Festival from 1 to 5 p.m. Nov. 5. The festival features beers and breweries that aren't easily accessible in Las Vegas. There will be more than 30 vendors and nearly 50 sour beers. Food pairings by Atomic Kitchen. Tickets are $50 general admission or $75 for VIP. General admission tickets include tasting glass and pretzel necklace. VIP tickets include early admission, private seating in Atomic Kitchen, a T-shirt and raffle ticket to win a special sour beer bottle.

The Tater Tots and Beer Festival is happening on Nov. 12 at the Henderson Pavilion. The festival will feature dozens of craft beers and unlimited tater tot creations by various creative chefs. There will be gluten-friendly, vegetarian-friendly and vegan-friendly tater tots. The festival will be broken into two sessions. Session no. 1 is from 11 a.m. to 2 p.m. and session no. 2 is from 3 to 6 p.m. Only 1,000 tickets will be sold for each session. General admission tickets are $45 in advance or $60 at the gate. VIP tickets are $75 in advance, $75 at the gate. A designated driver ticket (unlimited tots and 2 non-alcoholic beverages) are $20.

Brew's Best Fall Beer Festival at Sunset Park is taking place Nov. 12. Sample more than 80 beers at 20 brewery tents. Local and regional breweries will be participating. More than 30 food trucks will also be at the festival. Hours are noon to 8 p.m. General admission tickets in advance are $30. VIP tickets (early entry at 1 p.m) are $45 in advance. A portion of the proceeds will benefit New Vista, which supports and empowers those who are intellectually challenged.

If you would like to submit an event to be added to this list, send an email to joyce.lupiani@ktnv.com.