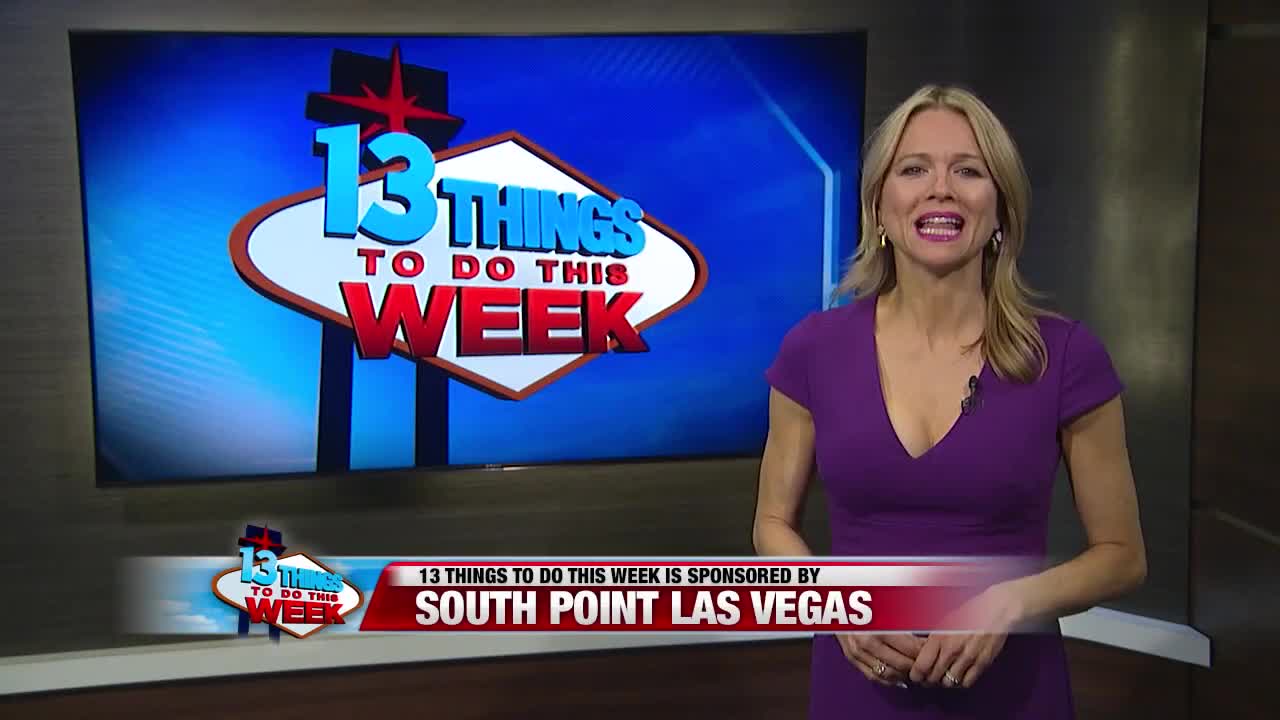 Here are 13 Things To Do This Week In Las Vegas including a Black History Month Festival and Leap Day events and specials.

Here is a list of 13 things happening around the Las Vegas valley for the week of Feb. 28 through March 5:

1. Libertine Social's Executive Chef Jamaal Taherzadeh will showing people how to cook with organic vegetables at the Downtown 3rd Farmers Market on Casino Center Boulevard on Feb. 28. The market is open 9 a.m. to 2 p.m. The demo starts at 11 a.m.

2. The Las Vegas Eloros Treasure Hunt is happening Feb. 28. Eloros is a combination of a treasure hunt, race and puzzles. The contest will release clues at 5 p.m. Feb. 28. The clues will lead to $1,000 hidden outside within 20 miles of downtown Las Vegas.

3. The bluegrass band Out of the Desert is performing at Lovelady Brewing in Henderson on Feb. 28. They will be performing 7 to 10 p.m. in the tap room.

4. The legendary rock band Chicago performs Feb. 28 and 29 and March 4-7 and 11, 13 and 14 in The Venetian Theatre at The Venetian. Chicago was the first American rock band to chart Top 40 albums in 6 consecutive decades.

5. The annual Taste and Sounds of Soul Festival is taking place this weekend at the Fremont Street Experience. There will be plenty of soul and comfort food, live music and more.

6. Harry Connick Jr. is performing Feb. 28 and 29 in the Encore Theater at Wynn Las Vegas. The singer and actor is on tour to promote his latest album "True Love: A Celebration of Cole Porter."

7. Kevin Farley is the featured comedian at The Comedy Works at the Plaza Feb. 27 through 29. Farley starred in films such as "Black Sheep" with his brother Chris Farley and "The Waterboy" with Adam Sandler.

9. The STRAT Tower is offering $29 off the purchase of a future pass to leap off the tower on Leap Day. Anyone who takes a leap on Leap Day will receive a free drink.

10. If your birthday is on Feb. 29, you can get a free Big Cheese cheeseburger at Farmer Boys; 4 free dolcinis (desserts) from Olive Garden; or dinner at Silverton's Twin Creeks Steakhouse if you are a Rewards member.

11. The Desert Winds will kick off their 11th season with a performance titled "Finding Time" at 7:30 p.m. Feb. 29 in the Horn Theatre at CSN North Las Vegas campus. They will be joined by the middle and high school ensemble The Honor Winds. Tickets are $25 for adults, $10 for students.

12. The Best of the West Craft Show is happening from 10 a.m. to 4 p.m. March 1 in the Veil Pavilion at the Silverton hotel-casino. More than 90 artists and crafters will be offering their creations.

13. Celebrated composer, arranger, songwriter, music director and record producer Artie Butler will be live in concert March 1 at Myron's Cabaret Jazz at The Smith Center for the Performing Arts. Butler has arranged over 75 hit records and played on hundreds of other recordings.

BONUS EVENT FROM OUR SPONSOR SOUTH POINT HOTEL, CASINO & SPA
The South Point Showroom hosts Déjà Vu every Wednesday from 6 to 9 p.m. Guests will experience an evening of pure excitement as they dance through the decades. All guests must be 21 or older with a valid form of ID and present a South Point Slot Club Card. Doors open at 5:30 p.m. General admission tickets are available for $5 at the front door and includes a complimentary drink. Reserved seating is also available for $10 and includes two complimentary drinks.