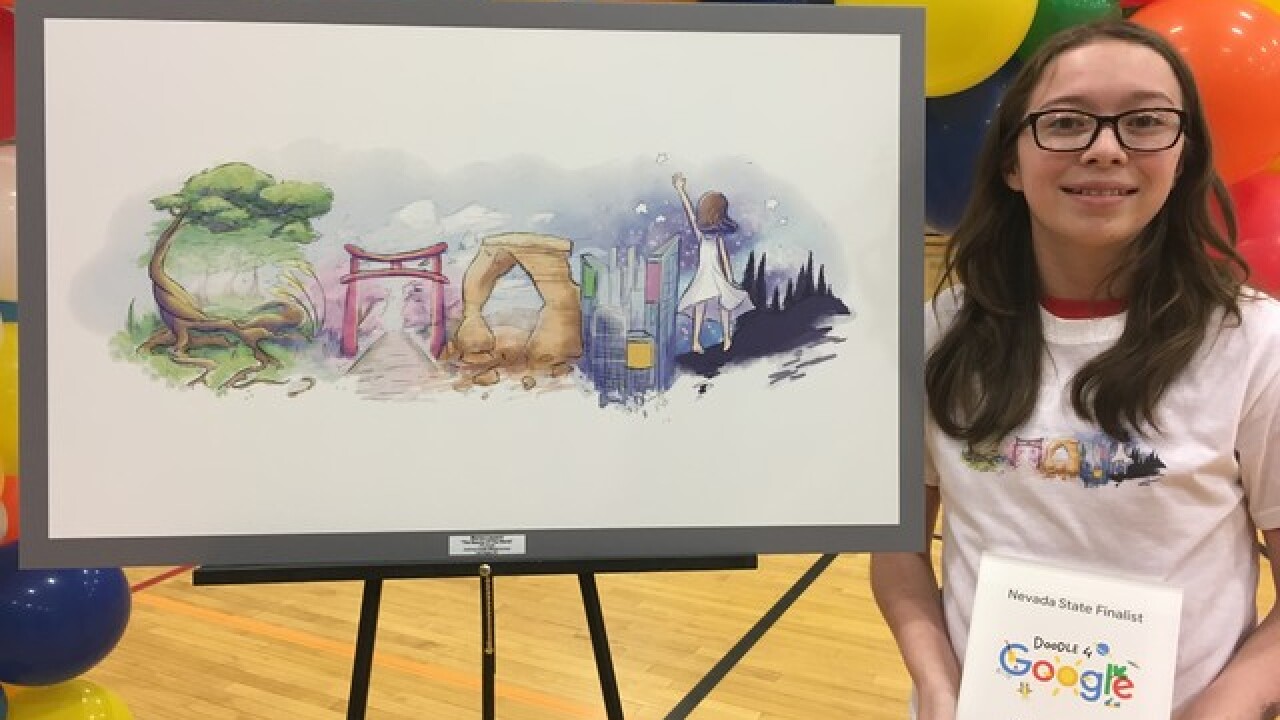 Utilizing a theme of “What Inspires Me,” a Clark County School District seventh-grade student received a potentially life-changing surprise during an assembly at Anthony Saville Middle School.

Unknown to the students and most of the school’s staff, representatives from Google, who were already on-site working with employees regarding technology, announced that Marisa Lassard had been selected as the Nevada winner of the Doodle 4 Google art design contest.

As Nevada’s winner, Lassard received a laptop computer, an enlarged image of her original design and a T-shirt with her design imprinted on it. Lassard will now represent the state in the nationwide contest. The winner of that contest will receive a $30,000 scholarship, and the school they attend will receive a $50,000 technology package.

The public will also have some input on who will be the national winner. Beginning May 7, the students' artworks will be displayed at Doodle4Google.com. In addition to a panel of celebrity judges, the public can also vote for their favorite.