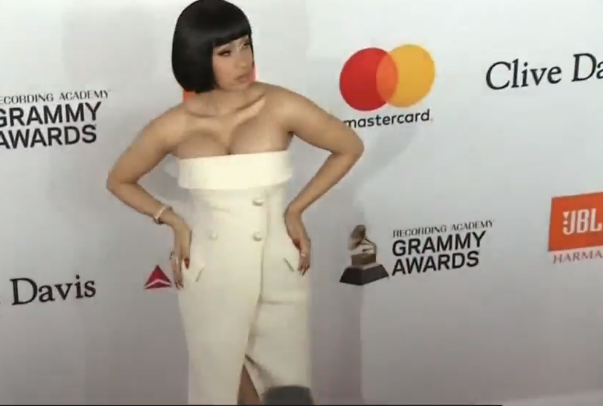 Cardi B is coming to Las Vegas. The rapper will be one of several performers who will have residencies at a new nightclub inside the Palm's hotel-casino.

LAS VEGAS (KTNV) — Cardi B is coming to Las Vegas.

The rapper will be one of several performers who will have residencies at a new nightclub inside the Palm's hotel-casino.

KAOS is scheduled to open in April. The nightclub, which is also a dayclub, is part of the $690 million renovation at the Palms. The club will features a rotating 360-degree DJ booth.

Other performers include Above and Beyond, G-EAZY, Kaskade and Skrillex, according to the Associated Press.

It is not known at this time when the performances will begin or how many there will be.

Cardi B, 26, rose to fame on the Internet after several of her posts and videos went viral on Instragram and Vine. She appeared as a regular cast member on "Love & Hip Hop: New York" from 2015 to 2017. Her song "Bodak Yellow" made her the second female rapper to chart with a solo output. Lauryn Hill was the first in 1998.

Cardi B most recently made headlines for a rant about the partial government shutdown. Afterwards, politicians didn't know whether or not they should retweet the profanity-filled tirade.

Omg, I had the same argument with myself 30 minutes ago!

And, a day after California Sen. Kamala Harris announced that she plans to run for president, a video of her dancing to Cardi B was posted on Twitter by one of her staffers.

When we get tired of speech prep there’s only one thing to do... pic.twitter.com/i7DoT8EwKO