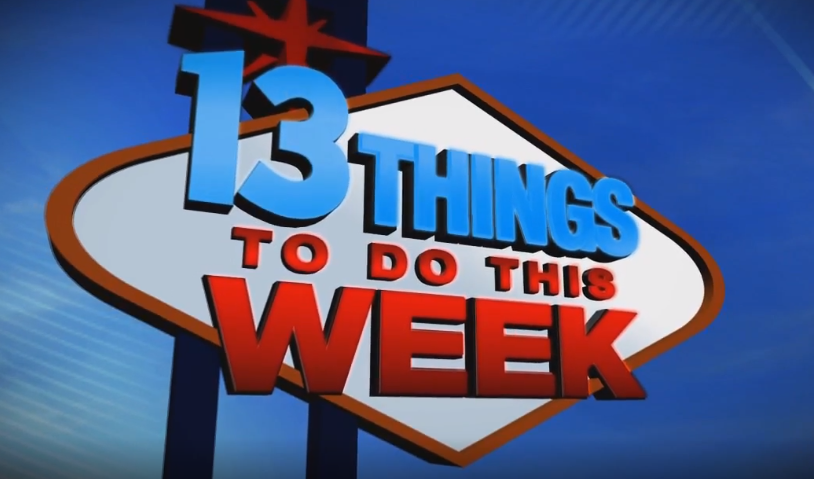 The following is a list of 13 things to do for the week of May 31 through June 6 in Las Vegas:

1. The Monster Truck Insanity Tour is pulling into the Plaza's Core Arena on May 31 and June 1. This show includes some of the nation’s biggest and baddest monster trucks, along with wild side-by-side Tough Truck Racing Championships, Mr. Xtreme Stunt Man, and the Monster Bus Ride Experience where spectators can take a ride in a REAL monster truck! h

2. The Flamingo GO Pool's Country Concert Series with 95.5 The Bull on May 31 will feature a performance by singer Dylan Scott from Louisiana. Scott is described as an "old-soul songwriter with a young spirit." The event will be hosted by Big D.

4. R&B legend and 8 time GRAMMY Award-winning singer/songwriter Anita Baker is performing May 31 and June 1, 5, 7 and 8 at The Venetian. Baker's career has included 4 platinum and 2 gold albums. Hits include "Caught Up in the Rapture", "Sweet Love" and "Giving You the Best That I Got."

5. A special Crown Royal Bag Stuffing event is taking place before the Under the Stars & Stripes Concert with Chris Janson featuring Jordan Davis on May 31 at Sunset Station. Guests attending the concert at Sunset Station’s Amphitheatre will be able to create care packages for every veteran honored on the Wall of Gratitude and military personnel serving overseas.

6. The 13th annual Jam at the Barn Music Festival is happening June 1 in Blue Diamond Park. Musical guests include GRAMMY Award-winning musician Alex Wand and National Public Radio featured artist We Are the West. Local musicians include, Sonia Barcelona, Holla Mons, and Same Sex Mary. Tickets are $25 at the event. Kids ages 12 and under are free but must be accompanied by an adult.

9. The Vegan Taste Experience, a plant-based food festival, is happening June 1 at Enclave on Eastern Avenue. More than 18 restaurants and food vendors participating.

10. Brody Dolyniuk is bringing “The Magic of Queen” to The Smith Center of Performing Arts on June 1. This 2-hour concert will highlight essential Queen songs, from hits like “Bohemian Rhapsody,” “We Are the Champions,” and “Killer Queen,” to deeper cuts that are sure to satisfy even the biggest Queen fanatics.

11. Rainbow Company Youth Theatre is inviting the public to its Season Celebration from 3 to 7 p.m. June 1 at Charleston Heights Arts Center. There will be activities, refreshments, class demonstrations and more. After the event, there will be 10-minute play around the theme of identity.

12. It’s Be My Neighbor Day at City National Arena on June 2. PBS KIDS television star Daniel Tiger will show local children how to be a caring neighbor. There will also be first-responder vehicles on display.

13. Snarky Puppy is performing with Rosevelt Collier June 3 at Brooklyn Bowl. Formed in 2003, Snarky Puppy is a collective of sorts with as many as 25 members in regular rotation. They are considered one of the major figures in the jazz world.

BONUS EVENT
The National Barrel Horse Association Professional’s Choice Super Show & Western Gift Show is happening through June 2. Barrel racing fans have the chance to witness exhibitions and high-speed races in youth and senior divisions. Guests can also head to the arena concourse for a gift show. This event is free and open to the public.