Here are 13 things to do around the Las Vegas valley for the week of July 20-26:

2. The Cadillac Three will be rocking Stoney's Rockin' Country on July 20. The band is on tour to promote its new album "Legacy." They are in town for one night only.

3. It's Vintage Bike Night at ReBar on July 20. There will be vintage bikes, art and music. Check out the newly-opened Nevada Taste Site next door.

5. The 2018 Pinup Cosplay Extravaganza is happening July 21 at Millennium Fandom Bar. There will be bands, vendors and raffles. 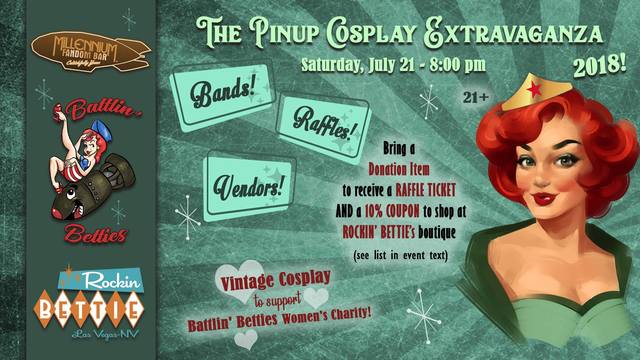 8. Double Down will host a musical jamboree featuring Water Landing, Phillsy Philz & His Mon, The Psyatics and The All-Togethers on July 21.

9. Singer and rocker Vince Neil performs at The Cannery on July 21. His shrunken head will be unveiled at Golden Tiki on July 25.

If you would like to submit an event, send a press release to joyce.lupiani@ktnv.com.