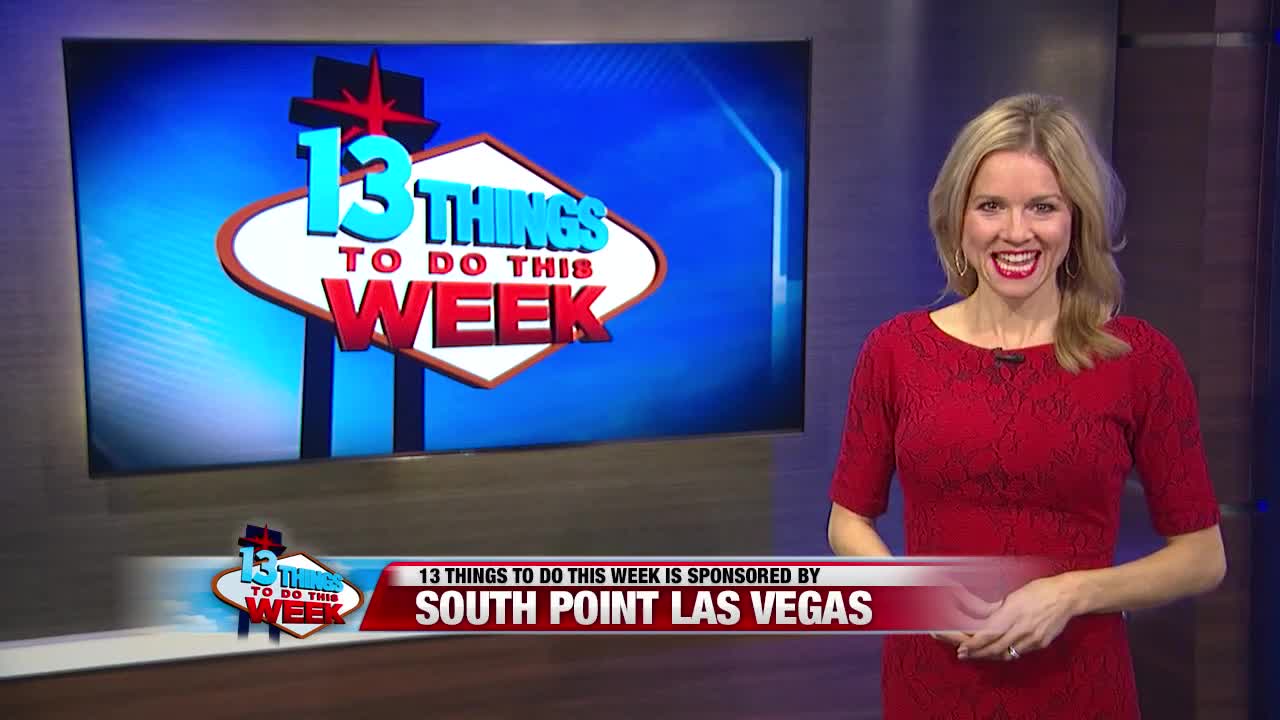 1. World-renowned psychic and medium Thomas John is bringing his uncanny abilities to the Las Vegas Strip during a one-of-a-kind evening at Cleopatra's Barge inside Caesars Palace beginning Jan. 16. Thomas has hosted sold-out events worldwide and has been featured on several hit television shows including “Dr. Phil.” Shows are Thurdays through Mondays.

2. The Fremont Street Experience is honor the late Hall of Fame drummer and Rush lyricist Neil Peart during a special one-hour tribute on the newly renovated Viva Vision canopy on Jan. 17. It will take place between 9 and 10 p.m.

3. "The Soul of Rock 'n' Roll" at the Clark County Library on Jan. 18 and 19 will present a semibiographical account of the career of the legendary singer-writer Kristy Love Brooks while examining the historical origins and influence of gospel, blues, jazz and rhythm on rock 'n' roll.

5. Uncork Your Thoughts, an open mic and vibe session featuring Chakra Khan, is happening Jan. 18 at Cork & Thorn. Sign up starts at 7 p.m. Admission is $5 with a 2 drink minimum.

6. CHICA at The Venetian is launching CHICA Nights this weekend. Listen to sounds by Las Vegas' best DJs, show off your moves with salsa dancers, and enjoy food and drink specials from 9 p.m. to close every Friday and Saturday night.

7. The Vegas Sideshow, featuring Zamora the Torture King, is happening this weekend at the Royal Resort on Convention Center Drive. Zamora has appeared on the Discovery Channel and on TV shows in England, Germany and Japan. The show may be too intense for some viewers. Parental discretion advised.

9. Writer's Block is hosting Songbird -- A Live Music Series benefiting the Young Writer's Workshop on Jan. 18. This month's featured artists are the duo named SHAKESPEARE from Los Angeles and Cameron Calloway of Las Vegas. Free and open to all.

11. The Black Keys perform Jan. 18 at the Cosmopolitan hotel-casino. The Black Keys was formed in 2001 by 2 childhood friends in Ohio. Since then, they have released 9 studio albums and won numerous awards.

12. Legendary rockers STYX return to The Pearl at Palms hotel-casino on Jan. 19. The band formed in 1972 and became famous for its albums released in the late 1970s and early 1980s. Tops songs include "Lady," "Come Sail Away," "Too Much Time On My Hands" and "Mr. Roboto."

13. Brooklyn Bowl is hosting the True Vibes Benefit Concert featuring ST-1, HaleAmano, Band of Braddahs, Sacred Fish and more. 100% of the proceeds will benefit the family of Sio Olive.

BONUS EVENT FROM OUR SPONSOR SOUTH POINT HOTEL-CASINO
Mecum Auctions returns to the South Point Jan. 21-26. They will be bringing 1,750 motorcycles for the world's largest collector motorcycle auction. Road Art will also be available for purchase. General admission is $20 per day in advance or $30 day of.