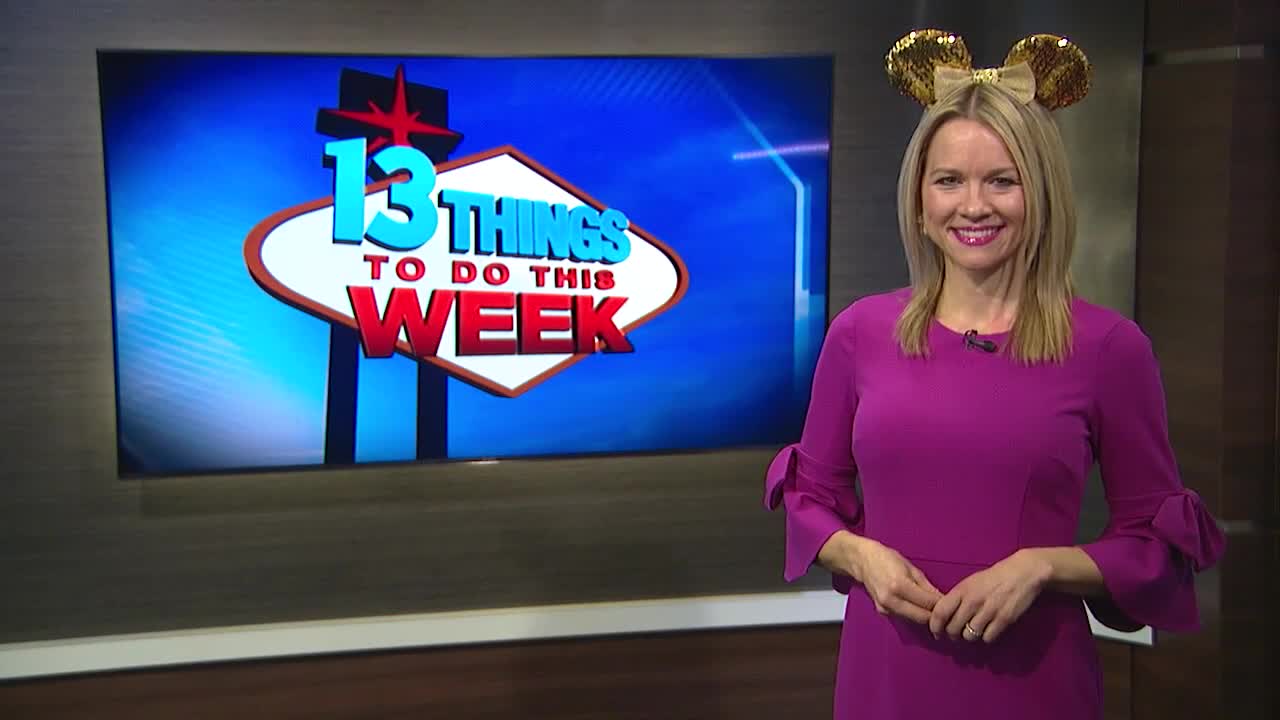 1. David Lee Roth, front man and voice of Van Halen, performs Jan. 10 and 11 in the House of Blues at Mandalay Bay. "Rocks Vegas" will feature Roth's long list of familiar hits, including “Jump,” “Panama,” and “California Girl." Ages 18 and above.

2. Grammy-nominated band The Jets are starring in a new show titled "The Jets 80's & 90's Experience" Tuesdays through Saturdays in the V Theater inside Miracle Mile Shops at Planet Hollywoods. The show features the top hits, dance beats and nostalgic tunes.

3. Jimmy Buffet fans will want to "Escape to Margaritaville" in Reynolds Hall at The Smith Center for the Performing Arts on Jan. 10, 11 and 12. The hilarious and heartwarming musical showcases infectious tunes by Buffet, including beloved classics. Tickets start at $37.

4. Disney On Ice presents "Mickey's Search Party" at the Thomas & Mack Center from Jan. 9 through 12. The brand-new adventure is filled with world-class skating, high-flying acrobatics, and unexpected stunts. Help the characters follow Captain Hook's treasure map and search for Tinkerbell.

6. Fergusons Downtown is hosting a jam session at 8 p.m. Jan. 10. Local musicians are invited to get on stage and showcase their talent by jamming with friends and strangers. Public invited to enjoy. Free event.

7. Gary Puckett and The Union Gap had 6 consecutive Gold records and sold more records in 1968 than any other recording artist, including the Beatles. Their first big hit was "Young Girl." They are performing at 8 p.m. Jan. 10 as part of the 52 Fridays Concert Series in the Golden Nugget Showroom.

8. A new traveling exhibit opens Jan. 11 at DISCOVERY Children's Museum. The exhibit is titled "Run!Jump!Fly!: Adventures in Action" and focuses on communicating the many benefits or physical activity and a healthy lifestyle through collaborative and hands-on activities.

10. Core Contemporary is hosting an invitational pop-up art show titled "My Two Cents" from Jan. 10 to 18. The exhibition will explore free speech and how artists express their cultural, societal or political observations through their art. The show is co-curated by Nancy Good, artists Justin Favela and Izaac Zevalking, and Michael Litt, Las Vegas political director with Nevada for Warren. Opening reception is 6 to 8 p.m. Jan. 10.

11. Coffee and Comics is back for a new year of sipping Sunrise Coffee and chatting about comics at the Whitney Library. The next meet up is happening at 11 a.m. Jan. 11. Adults and teens are invited to talk about their favorite graphic novels and enjoy free coffee. RSVP requested.

12. Cats and Cocktails is happening Jan. 15 at Brenden Theatres. The event will feature a red carpet, complimentary appetizers and cocktails, free popcorn and soda, and a showing of the new movie "Cats." The event is a fundraiser for Nevada SPCA. Tickets to this event are only $30 can be purchased online.

13. It's time to recycle your Christmas tree! Recycling locations are open across the valley, including Springs Preserve and Desert Breeze Park, through Jan. 15. Trees will be chipped into mulch that will be used to help keep local parks beautiful year-round.

BONUS EVENT FROM OUR SPONSOR SOUTH POINT HOTEL-CASINO
Steve Solomon is bringing his show "My Mother's Italian, My Father's Jewish & I'm in Therapy" to the South Point hotel-casino. The show feature's Steve's wild and hilarious stories and characterizations about his family, friends and other folks whose sole purpose seems to drive him into therapy. Shows at Jan. 10 through 12 in The Showroom at the South Point.