Cafe Sanuki in Chinatown reopens once again after voluntarily closing

Cafe Sanuki had been closed since June

Local restaurants have been hit hard by the pandemic, especially for a Japanese restaurant that decided to close voluntarily when the number of COVID cases surged in June around the valley. Jeremy Chen reports. 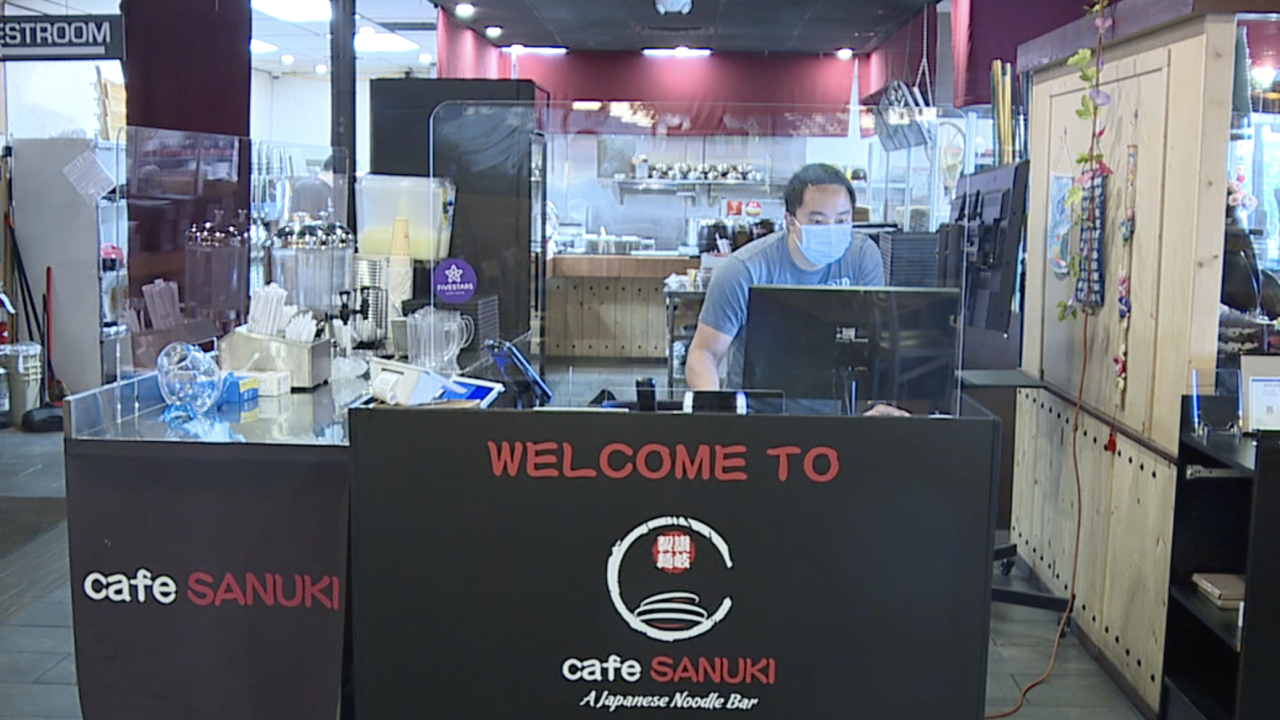 LAS VEGAS (KTNV) — Local restaurants have been hit hard by the pandemic, especially for a Japanese restaurant that decided to close voluntarily when the number of COVID-19 cases surged in June around the valley.

From Japanese Bentos to udon noodles made from scratch, Café Sanuki in Chinatown is back in business once again.

“We’ve been getting a lot of messages on Facebook, through email, and asking us when we’re going to open, and people are excited which really makes my heart warm. It really does," restaurant owner Henry Fan said.

Fan reopened Café Sanuki last Wednesday. He voluntarily shut down the restaurant in June after a short reopening, because of an uptick in COVID-19 cases around the valley. He says it was a difficult decision for him and his workers.

“Having to close and then open again, and then close again, it’s been tough. It’s been a roller coaster ride for them, and myself too,” Fan said.

RELATED STORY: Owner shuts down Cafe Sanuki as a proactive measure against COVID-19

However, Fan says after four months, he saw a change in community behavior which compelled him to reopen again with input from his employees.

“I see much change from June. People wearing their masks, and people keeping their distance. People following rules more than they ever have,” he said.

In the kitchen, masks and gloves are being worn. A lot more orders are for take-out rather than dine-in. Technology is being expanded to allow safer transactions using a customer’s smartphone.

“Before it didn’t have a lot of the payment options where you could pay at the table. You still had to come up. There was still a lot of interaction. We love interacting with our customers, but we also want to keep everybody safe,” Fan said.

Fan says he’s been overwhelmed by the community’s response to his restaurant’s return, saying he’s surprised by the amount of support.

“People were coming up thanking us, and they were waiting for us to reopen,” he said.