Husband believes she was abducted 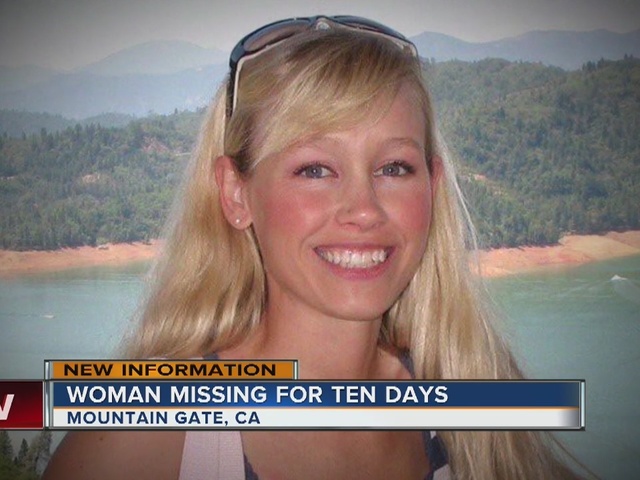 Sherri Papini's husband, Keith, was at work at the time of her disappearance.

UPDATE: Police have stopped the ground search for Sherri Papini.

According to ABC News, her husband Keith has been ruled out as a suspect after passing a lie detector test and proving he was at work when she disappeared. Police said he had asked investigators about taking the test.

Sherri Papini's cell phone was found on the side of the street, although with her headphones, entangled in strands of hair.

In another new development, the Shasta County Sheriff's Office has questioned the Department of Justice's "voluntary missing" label for Papini, who they have classified as a missing person at risk, according to the Redding Record Searchlight.

The Record Searchlight reported that missing at risk means there is no evidence of a crime yet but also no history of leaving the home or other details that would indicate a person's disappearance was willful.

Police in Northern California are continuing to search for a woman reported missing last Wednesday.

Keith Papini, the husband of 34-year-old Sherri Papini, told ABC News he believes she was abducted and is pleading for her safe return.

He used the Find My iPhone app to locate Sherri Papini's phone near Redding and says it was in an area where she often goes jogging.

"If she is listening, I want to say that we're trying," Keith Papini told ABC News. "And I'm. We're trying the best we can and I'm so sorry that I'm not there."

Keith Papini also told ABC News that his wife also hadn't picked up their two children from child care the day she went missing, which is unlike her.

Investigators say they don't have enough evidence or information at this time to point to an abduction but the sheriff's office says it has received more than 100 tips. They have classified her case as suspicious and that she is a missing person at risk.

According to the Redding Record Searchlight, the family also believes Sherri Papini is likely out of the Northern California area now, expanding the news and social media campaign nationwide.

Papini's family has offered a $50,000 reward to anyone who can provide information leading to her whereabouts.

A Facebook page and a GoFundMe have been set up related to the efforts to find Sherri Papini.