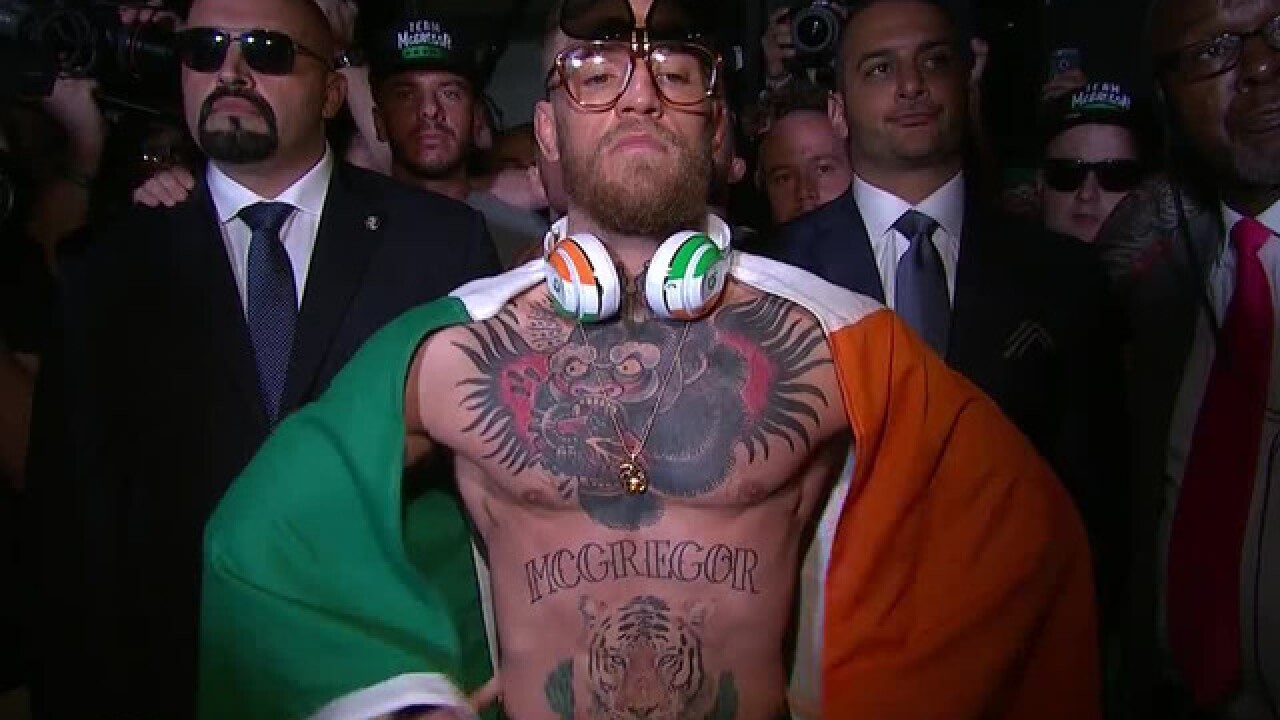 Copyright 2017 Scripps Media, Inc. All rights reserved. This material may not be published, broadcast, rewritten, or redistributed.
<p>Conor McGregor at the weigh-in before his fight with Floyd Mayweather.</p>

Conor McGregor has apparently been at it again.

This time, a newly-released video shows him punch an older man in the head over a shot of whiskey.

It happened in April at a pub in Dublin. McGregor reportedly was buying shots for everyone in the bar and the other man didn't want one, according to a report by TMZ.

Even though it appeas that McGregor threw a decent punch, the other man didn't even fall off his barstool.

Regardless, it's another case of McGregor behaving badly.

McGregor was briefly jailed in April 2018 for attacking a UFC bus.

The UFC star's last fight in Las Vegas was October 2018 against Khabib Nurmagomedov. The fight ended in defeat for McGregor and a brawl between the two fighters. They were both suspended. https://www.ktnv.com/news/nevada-regulators-suspend-khabib-mcgregor-10-days-for-brawl

In another Las Vegas fight, McGregor was knocked out by Floyd Mayweather.

He announced retirement via social media in March 2019.

At this time, it doesn't appear McGregor was charged over the incident.