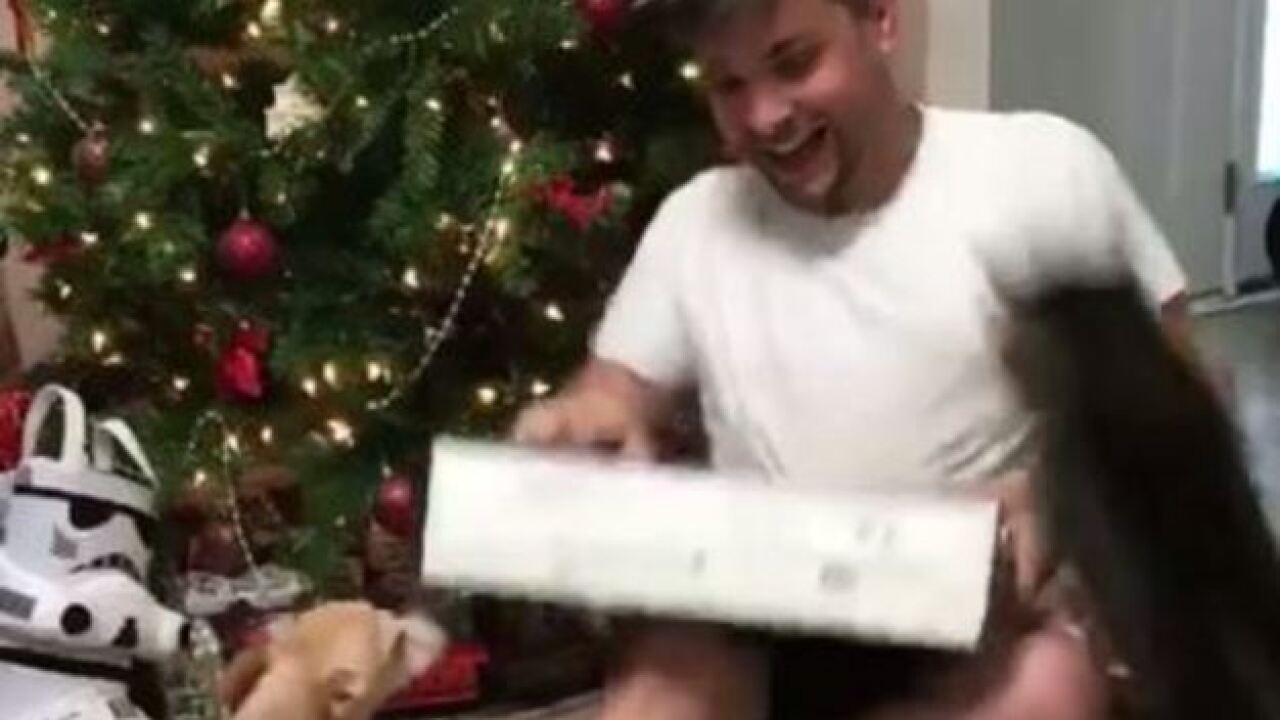 A video of a cat attacking a very excited man after he opens his Christmas present has gone viral.

The video was posted on Christmas Eve on Facebook by Jessica Freeman. Since then, it has been viewed 84 million times, been shared 241K times and received 159,000 comments.

Freeman says that the attack resulted in the victim needing stitches. However, he is fine and is currently recovering.

She also describes the cat as "spoiled" and a "jerk." She claims that the cat calmly planned his attack.