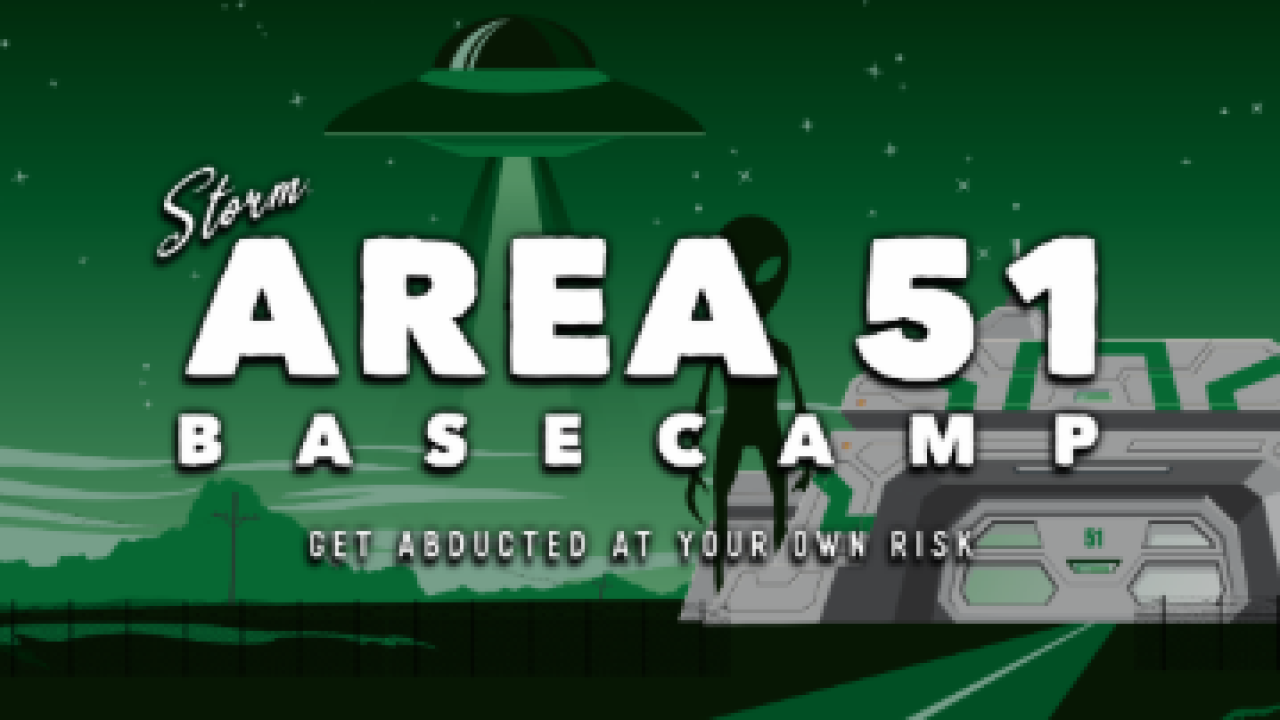 NEVADA (KTNV) — Passes are now available for an event spawned from the viral "Storm Area 51" Facebook phenomenon at the Alien Research Center in rural Nevada.

One day and two-day passes are on sale for the "Storm Area 51 Basecamp Experience" after the organizers shared a first look earlier this week at what guests could expect when attending.

The research center, located in Hiko, will be home for the festivities that are expected to include live entertainment, conversations with Ufologists, alien-inspired art installations, telescope viewing projections, food trucks, and more.

“Our goal is to provide a microphone for the movement while offering a safe, organized platform for education, awareness, and entertainment for both believers and the uninitiated,” said George Harris, owner of the Alien Research Center.

The two-day event is scheduled to run on Sept. 20 and 21 with planners anticipating around 20,000 people to attend.

The "Storm Area 51, They Can't Stop All of Us" Facebook event was created back in June and quickly became a viral post.

By July, there were 400,000 people pledging to storm Area 51 and that hat number rose to 1.4 million people in August, prompting the event creator, Matty Roberts, to get a phone call from the FBI.

RELATED: Lincoln County looks to declare state of emergency ahead of Area 51 events

Passes for the "Basecamp" are $51 per person with more information on options here.

Stay with 13 Action News for further coverage on these events.