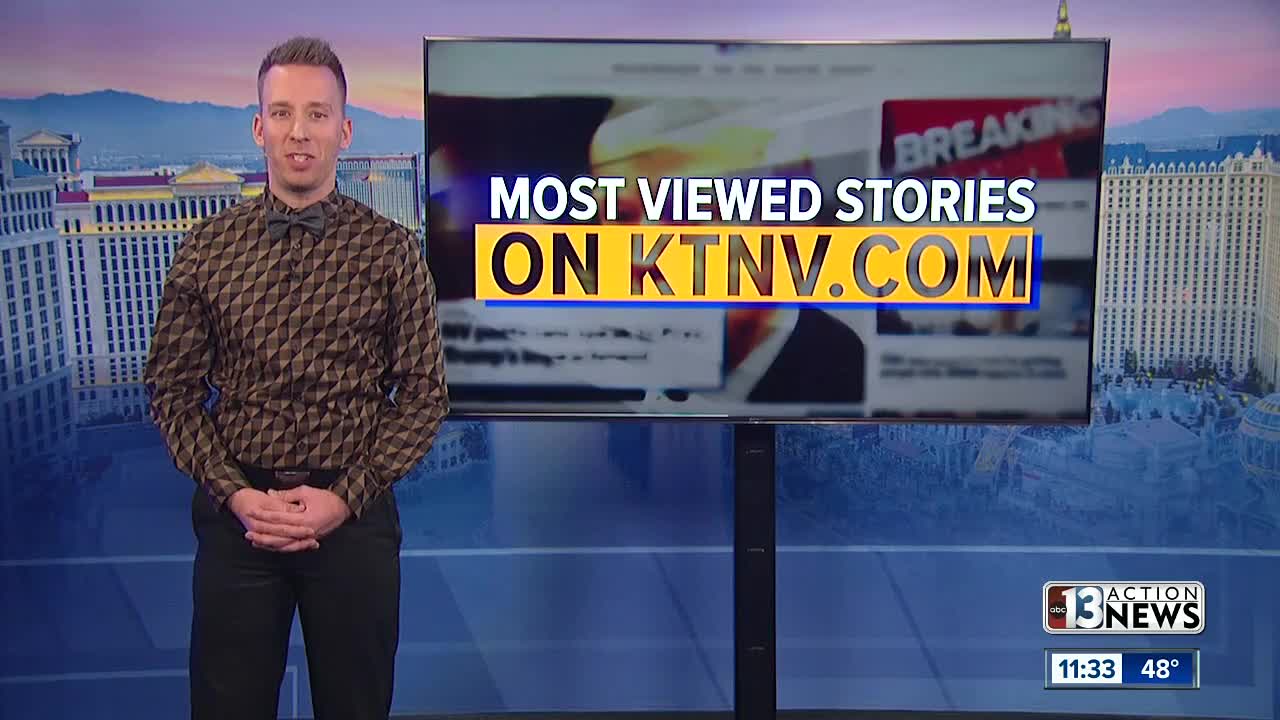 Here's a look at the biggest stories of the year on KTNV.com and our social media platforms.

LAS VEGAS (KTNV) — 2019 is coming to an end and we are looking back at the final year of the twenty-teens.

These are the top 4 stories that had the most clicks on KTNV.com:

And the top read story of 2019 still has our hearts melting.

News is no longer just seen on the TV or in a newspaper. YouTube and social media is a place many first see news stories.

Our top viewed YouTube video of the year with over 10 million views: Area 51 mania never really happened but one moment became a viral sensation as a Naruto runner photobombed investigative reporter Joe Bartels.

What's that in the sky? Skydivers at Sam Boyd Stadium caused confusion in the skies over Las Vegas.

A 7.1 magnitude earthquake hit Ridgecrest, California and was felt in Las Vegas.

Our most viewed video of the year came from Facebook. With over 11 million views and over 75 thousand comments the Housekeeping Olympics held at Mandalay Bay is the story that had the most people talking.