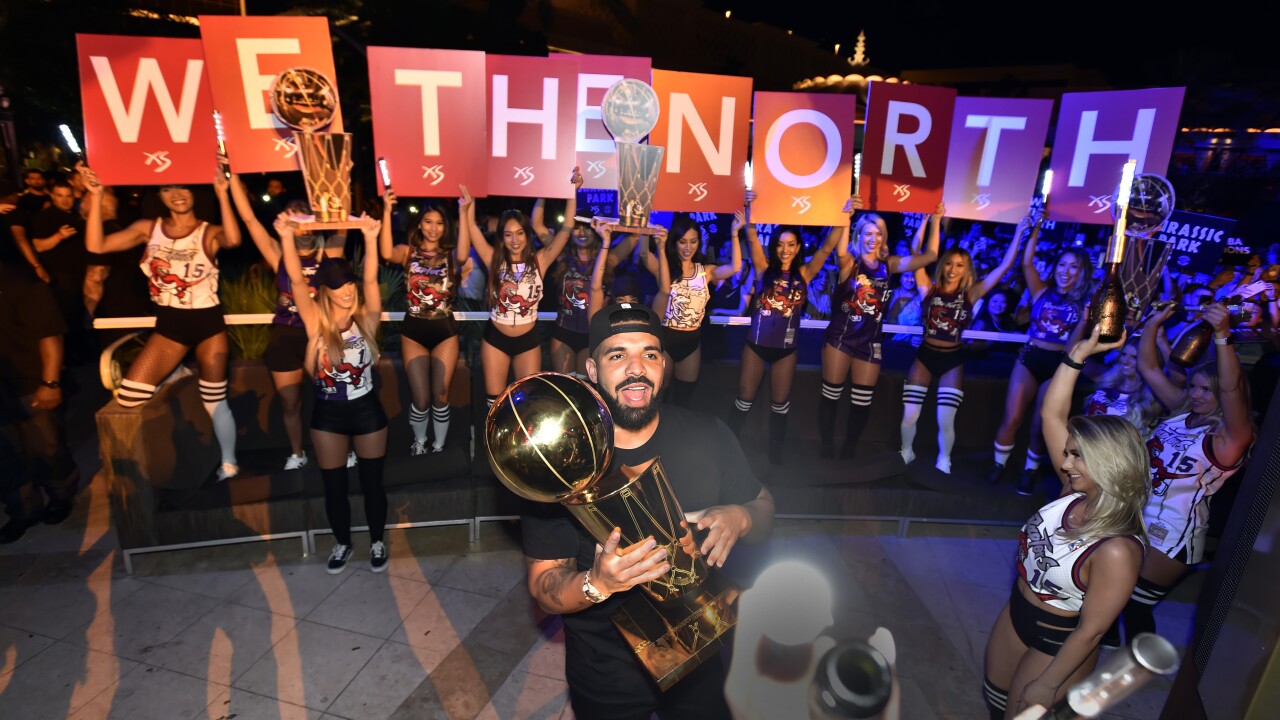 The Toronto Raptors headed to Las Vegas to celebrate their win over the Golden State Warriors in Game 6 and their first-ever championship.

Led by Drake carrying the Larry O'Brien NBA Championship Trophy, the group were welcomed with a "We Are The North" sign, confetti and cheering fans. Once they got through the excited crowd to the stage, Drake gave an emotional speech.

"You know XS is my home away from home but tonight has nothing to do with me," Drake said as he asked the crowd to make some noise for the NBA Champions of the World.

After Drake's speech, the team expressed their excitement with a champagne shower for the crowd. MVP Kawhi Leonard, Kyle Lowry, Jodie Meeks, Serge Ibaka, Jordan Loy and more kept the party going throughout the evening.

It appears that the team stayed at Wynn Las Vegas during their stay.

“The rise to the top of this mountain has been biblical.” 🏆🦉 #WeTheNorth pic.twitter.com/nRePL9MY2I

They also stopped by KAOS Dayclub & Nightclub at The Palms hotel-casino.

The team is back in Toronto now. A parade has been scheduled for Monday.

The champ is here! #WeTheNorth pic.twitter.com/OivjdNlmdg