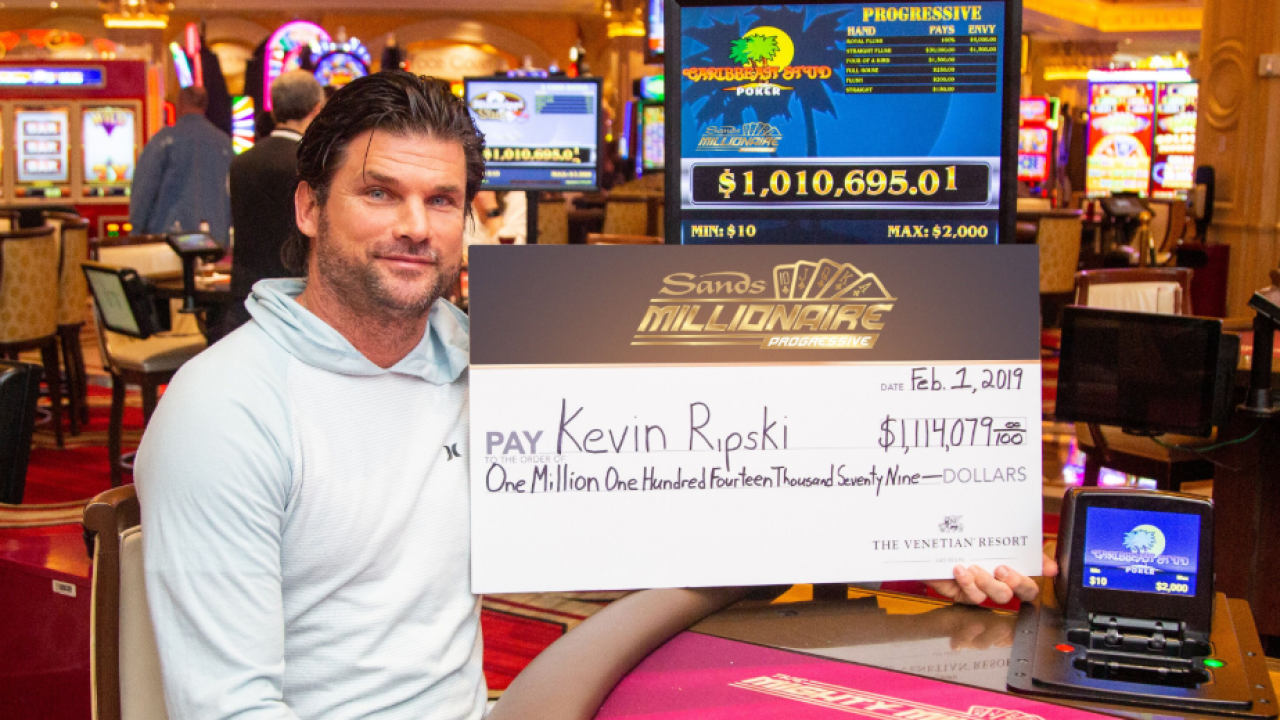 LAS VEGAS (KTNV) — A lucky table game player on the Las Vegas Strip is now a millionaire after hitting a progressive jackpot.

Kevin Ripski from Ontario, Canada, became the first winner of the Sands Millionaire Progressive jackpot at the Venetian hotel-casino on Feb. 1.

He was playing his favorite game Caribbean Stud when the dealer flipped over his cards revealing a royal flush.

Ripski said he enjoys playing "blind" so the dealer can surprise him with his cards while he relaxes and watches TV during the game.

“I let the dealer flip over my cards, so it’s a surprise at the end of the hand,” Ripski said.

And what a surprise it was. The natural royal flush helped Ripski cash the $1,114,079 jackpot.

"I always play the bonus bet for the very reason if you hit it and are not playing the bonus, you will regret it for the rest of your life,” Ripski said.

Late last year, The Venetian launched the progressive jackpot - The Sands Millionaire Progressive - that starts at $1 million and increases incrementally.

Table game players are eligible for the money by placing a $5 side bet, and the player must be dealt a natural royal flush to collect, according to a property spokesperson.

The progressive jackpot is available on several table games at The Venetian and The Palazzo casinos.

“I’m a huge Philadelphia Flyers and Eagles fan. So, I will be attending some games in the near future. Also, I might do a little traveling and play a little extra golf," Ripski said, after winning the money.