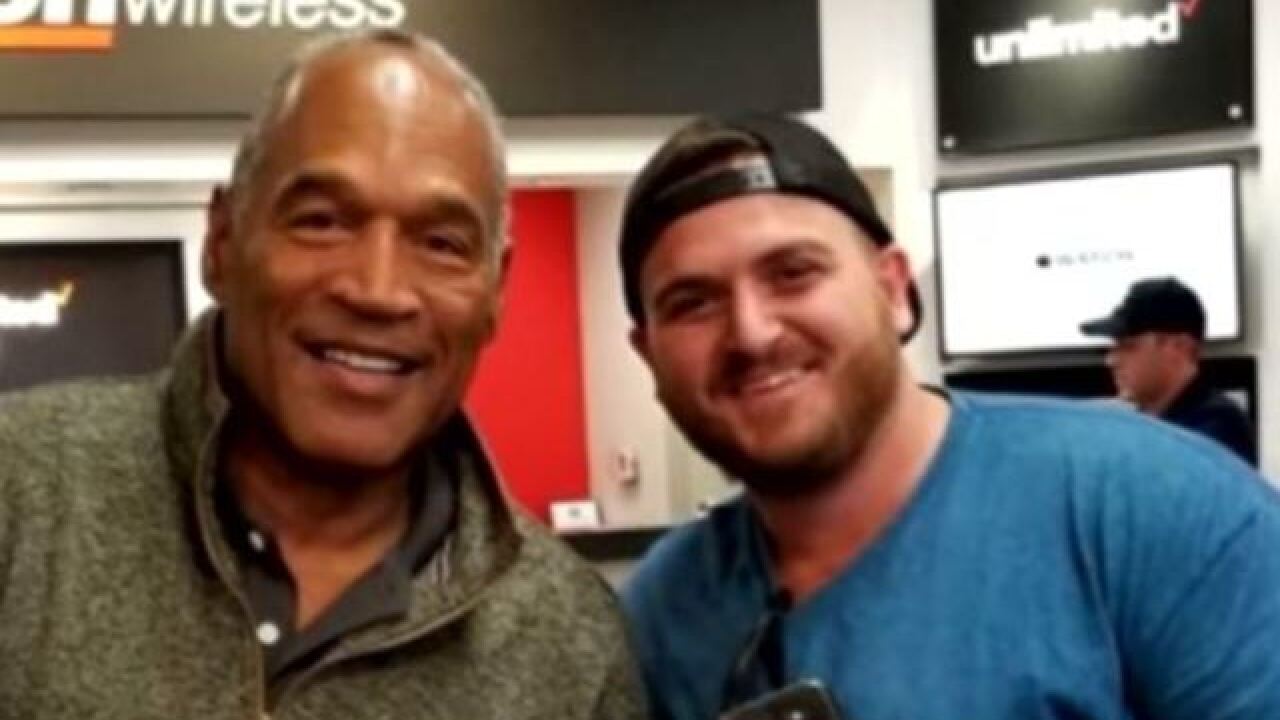 O.J. Simpson was all smiles when asked to pose for a couple of photos at a Las Vegas Verizon store.

According to Inside Edition, Simpson was with his daughter, Arnelle.

Inside Edition is also reporting that Simpson held secret autograph sessions this week in a hotel room at The Cosmopolitan on the Las Vegas Strip. If Simpson was charging for the autographs, it could be seized to pay the nearly $70 million he owes the families of Nicole Brown Simpson and Rob Goldman following a wrongful death lawsuit.

According to the Daily Mail, Simpson purchased a new iPhone. The Daily Mail also said that Simpson moved into a $1.8 million house on Sunday. The house reportedly is 5,000 square feet and has 5 bedrooms, 5.5 bathrooms, a backyard putting green and a pool.

The 70-year-old former football star was in prison for 9 years after he took part in the armed robbery at Palace Station. Simpson was attempting to retrieve items that had once belonged to him.

Simpson was seen for the first time in public at a gas station last Sunday morning. His friend Tom Scotto picked him up after he was released from a correctional center in northern Nevada.