No joke: Pumpkin Spice Spam is coming to Walmart 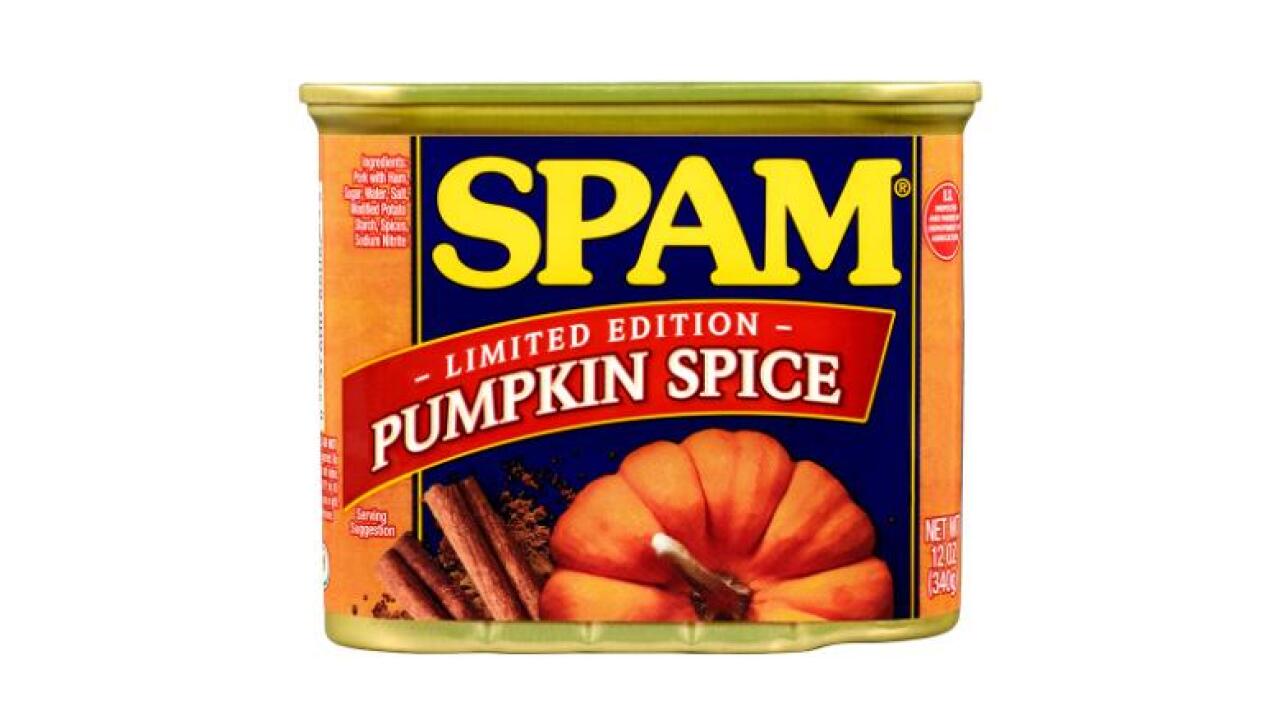 That's it. The pumpkin spice thing has gone too far.

Beginning Sept. 23, you will be able to find Pumpkin Spice Spam online at SPAM.com and Walmart.com.

Fortunately, they aren't actually mixing pumpkin into the sweet mystery meat. Instead, they are mixing the meat with cinnamon, clove, allspice and nutmeg.

Spam is recommending that it be used to top waffles for a delicious fall breakfast.

Now it appears that the dream or nightmare, depending on how you look at it, is coming true.

Note: An earlier version of this story said the special flavor would be sold at Walmart stores. That was incorrect. It is only being sold online.