Mega Millions winner Shane Missler is not giving away $5,000 to Twitter followers. 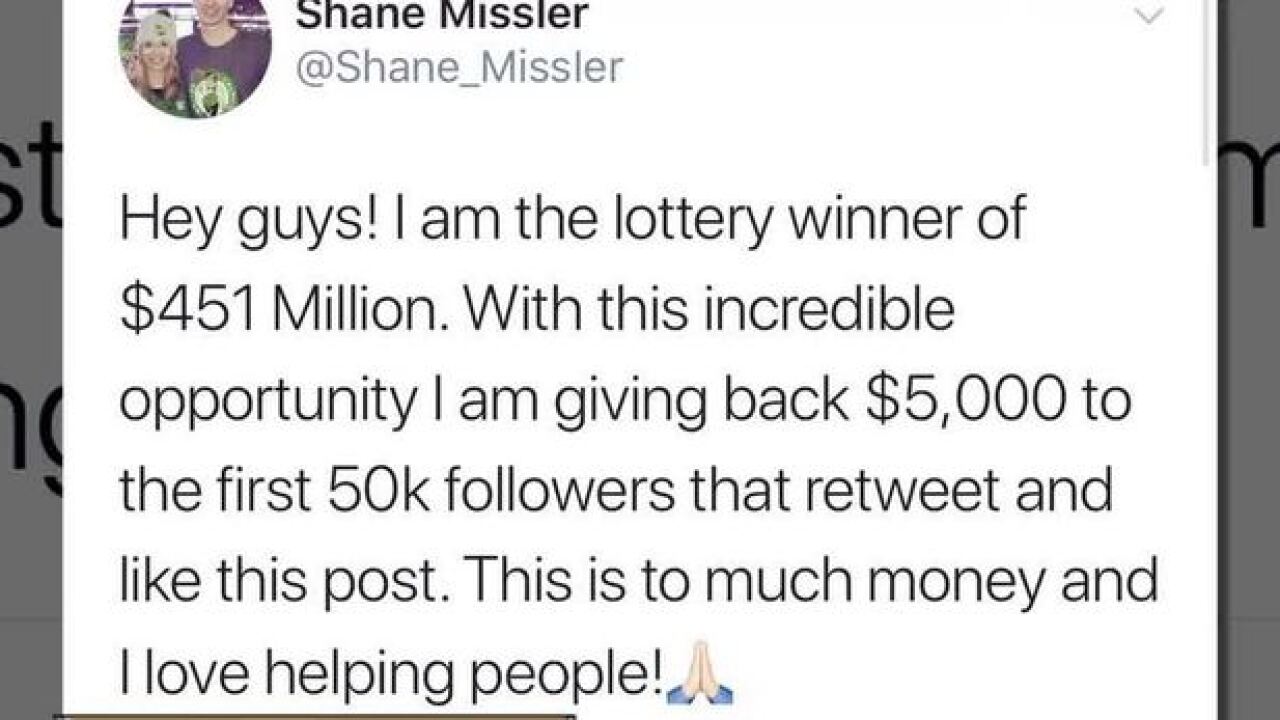 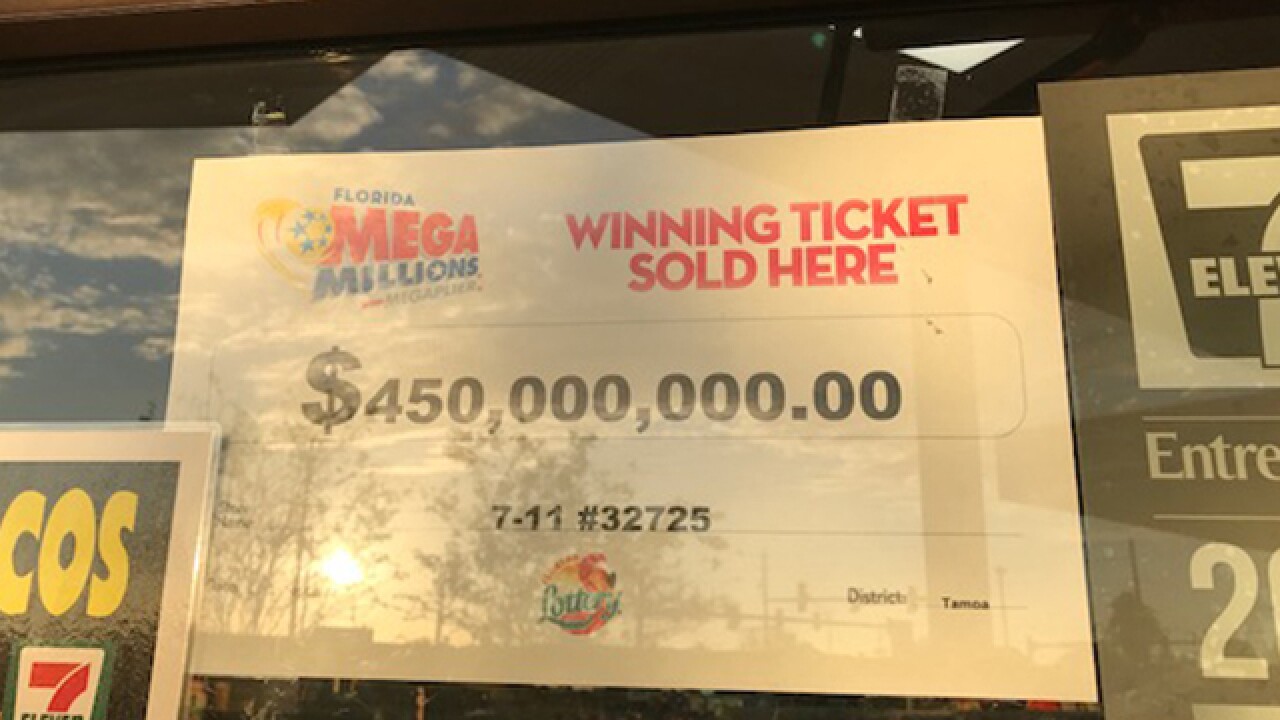 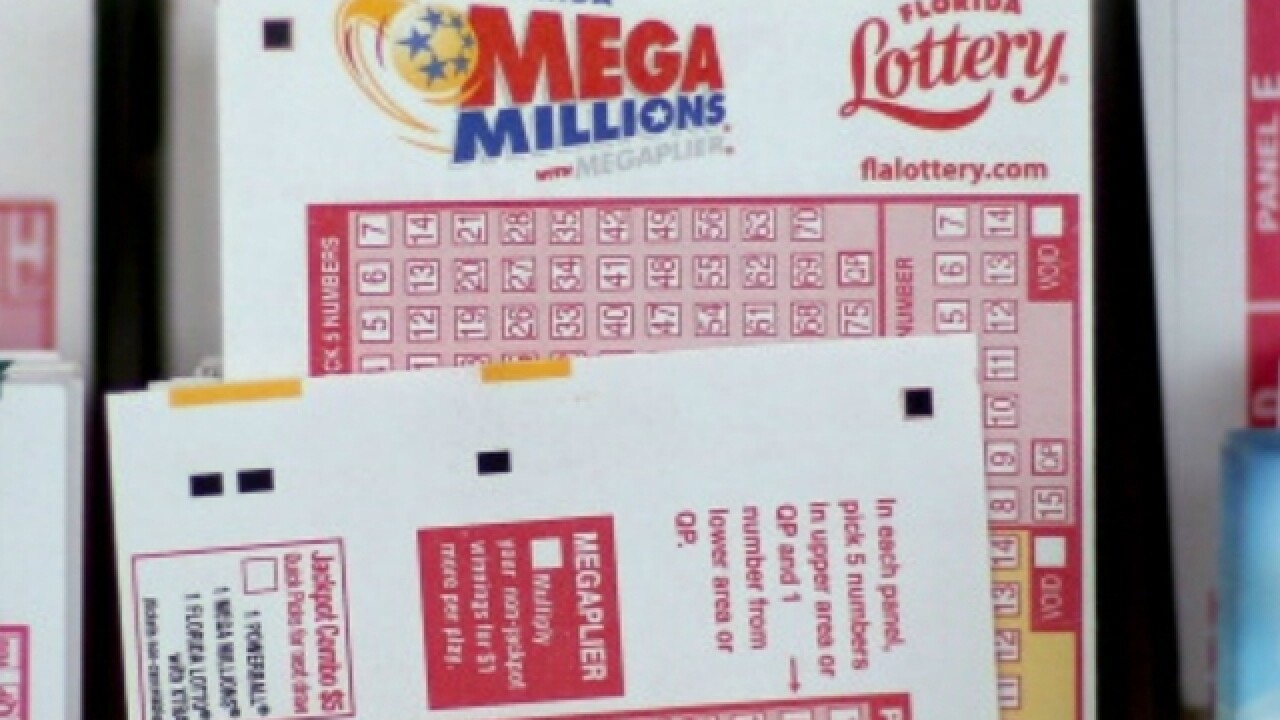 A shocker, we know.

An online hoax claimed that Missler was giving away $5,000 to the first 50,000 Twitter followers to retweet and like his post. For those not wanting to do the math, that means Missler would shell out $250,000,000 dollars to social media followers.

Obviously, it didn't happen. The account didn't belong to the real Shane Missler and is one of many parody accounts floating around Twitter, Instagram and other social media platforms.

The ticket was a quick-pick ticket.

According to the Florida Lottery, Shane says "I'm only 20, but I hope to use it to pursue a variety of passions, help my family and do some good for humanity."

Missler redeemed the ticket Friday in Tallahassee with his father and his attorney, Walt Blenner of Blenner Law Group.

Missler recently "retired" from his job at a local background screening company and "looks forward to a future of taking care of his family, of educating himself to be a good steward of this fortune and in remaining as grounded as he is."

Shane will relocate from Tampa Bay, according to his attorney.

"Although I'm young I've had a crash course this week in financial management and I feel so fortunate to have this incredible wealth and team behind me. I intend to take care of my family, have some fun along the way, and cement a path for financial success so that I can leave a legacy far into the future. I have always been one to encourage the idea of chasing dreams and I believe life is about the pursuit of passion. I am 20 years old and my journey has only just begun. If there is one thing I have learned thus far in my short time on this earth is that those who maintain a positive mindset and stay true to themselves get rewarded. I look forward to the future."

The quick-pick ticket was sold at 7-Eleven storer, which will receive $100,000 bonus commission for selling the jackpot-winning ticket.