1 October survivors are reacting to rapper Eminem's new music video for the song, 'Darkness,' which depicts 1 October from the shooter's perspective. 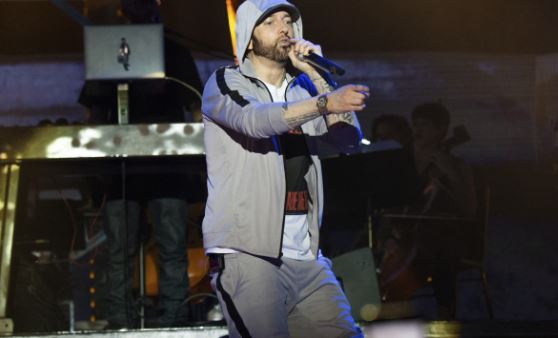 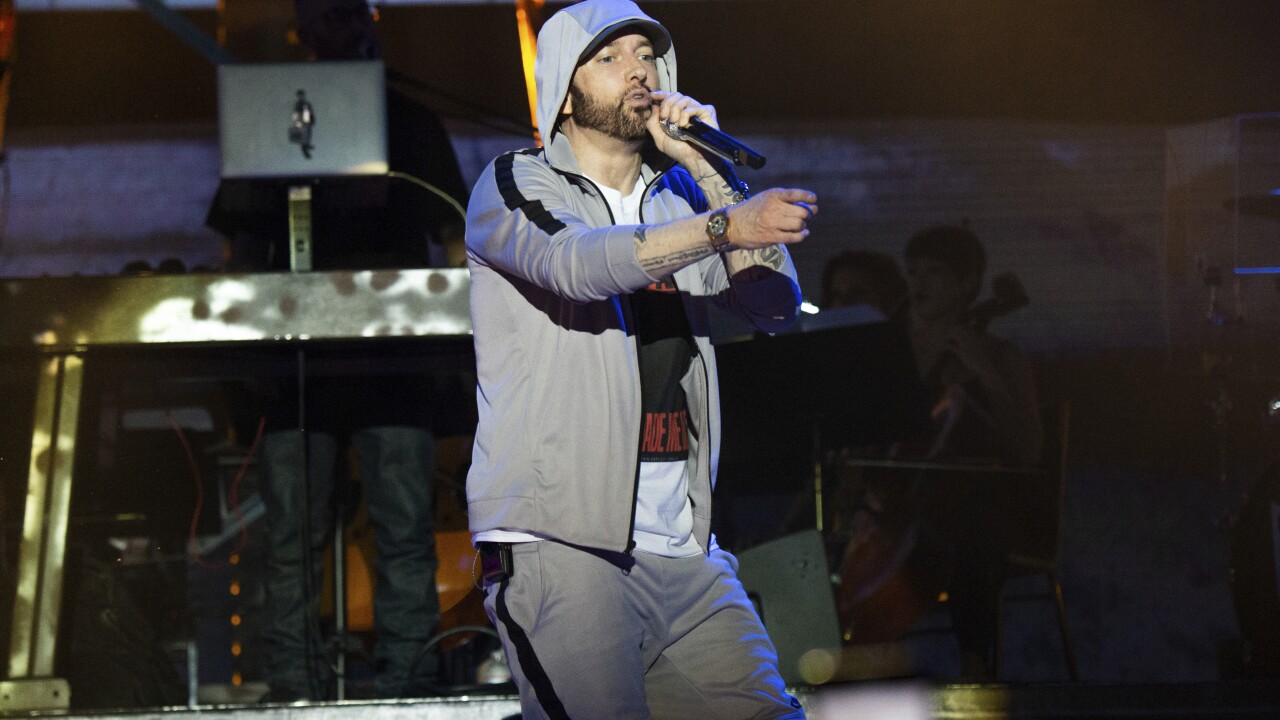 (KTNV) — Eminem released his latest album at midnight East Coast time on Friday, but it has an eerie connection to the 1 October shooting that occurred in Las Vegas.

Eminem, whose real names is Marshall Mathers, can be seen reenacting reported scenes from the 2017 Route 91 Harvest music festival mass shooting connected to the gunman Stephen Paddock. In the video, the rapper can be seen pacing, drinking vodka, taking drugs and peering out of a hotel window. Eventually, an older man resembling Paddock, is seen firing out of a window. Next, the video shows the shooter killing himself as the police storm the hotel room. The end of the video shows the Detroit rapper watching news reports of other mass and school shootings.

The song and graphic video is clearly a statement about the need for gun control by the artist.

The 20-song album titled "Music to Be Murdered By" features guest appearances by Ed Sheeran, Q-Tip, Young M.A. and others, according to Rolling Stone. The album cover is a homage to Alfred Hitchcock and some of Hitchcock's spoken-word lines from a 1958 release are used in the album.

The reaction to the song and video is mostly receiving praise on social media although it is not entirely positive.

I feel like I have to tweet this because @Eminem just about brought me to tears with this track... Darkness is just so perfect.https://t.co/UEPUP0rrun

#Darkness should be trending! Mind blowing. I have never felt so strongly about a music and the artists message in my entire life and I’ve been an @Eminem fan since the beginning. Wow. Just wow.

After seeing some reactions to @Eminem’s new album, I gotta disagree, I think his use of his platform to bring more attention to mental illness and gun control was his right, and he did it in a powerful way with the song and video for Darkness. #MusicToBeMurderedBy

Man. Woke up to see #Eminem put out some new music. Take the time to watch the music video. Agree or disagree, it’s powerful. Guaranteed, it will illicit conversation. I’m sure that’s his goal. Mission accomplished. #Darkness

The entire video can be seen on Eminem's website here. However, it contains images and lyrics that will be disturbing to some viewers.

The 2017 incident on Las Vegas Boulevard remains the deadliest mass shooting in modern U.S. history. It took the life of 58 people along with Paddock taking his own life.

This latest album titled "Music to Be Murdered By" follows Eminem's "Kamikaze" album released in 2018.