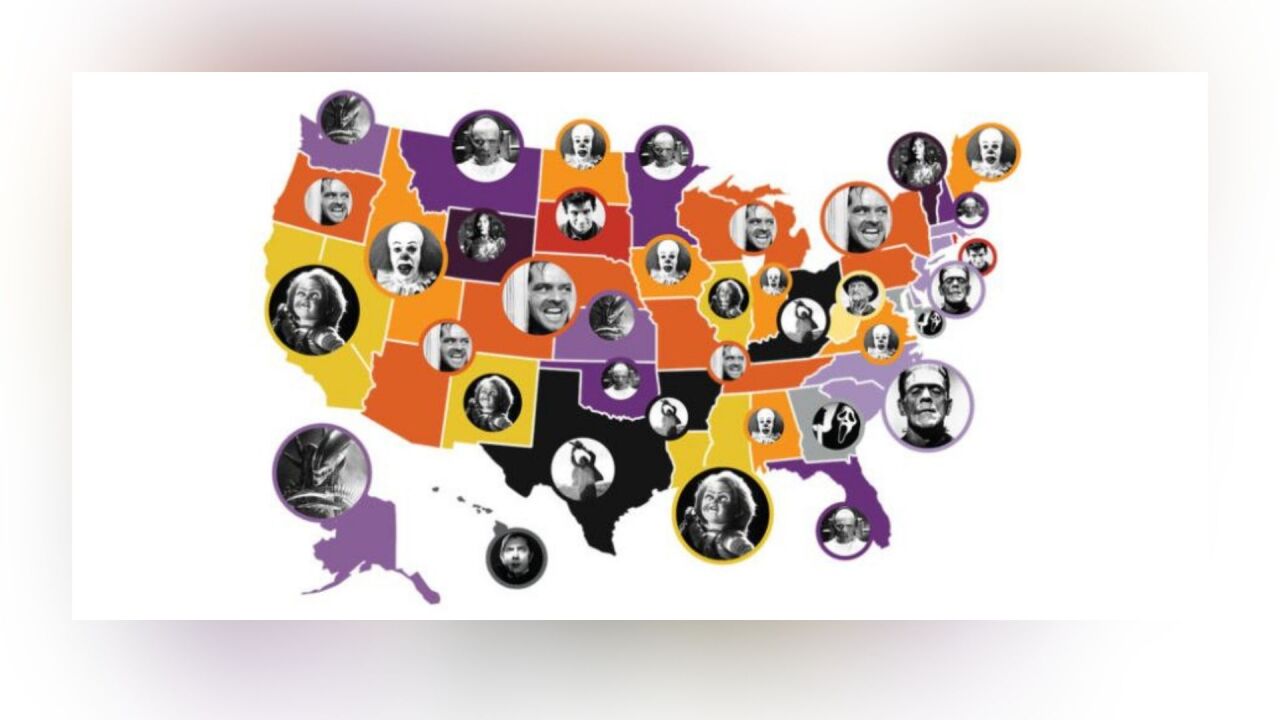 NEVADA (KTNV) — Do you have a favorite movie villain? One company says every state has a top horror film character.

Frontier Communications ran numbers on recent Google searches over the last year. They found Jack Torrance, from the movie "The Shining," as the most searched movie villain overall - ranking No. 1 in 10 states.

Chucky, the character featured in "Child's Play," came back third overall, but was the top searched villain in Nevada.

While Pennywise, from the movie "It," came in as the No. 2 overall most searched character in eight states.

Frankenstein's Monster character and Hannibal Lecter rounded out the top five spots of most searched villains.

Complete details of the study can be found here.