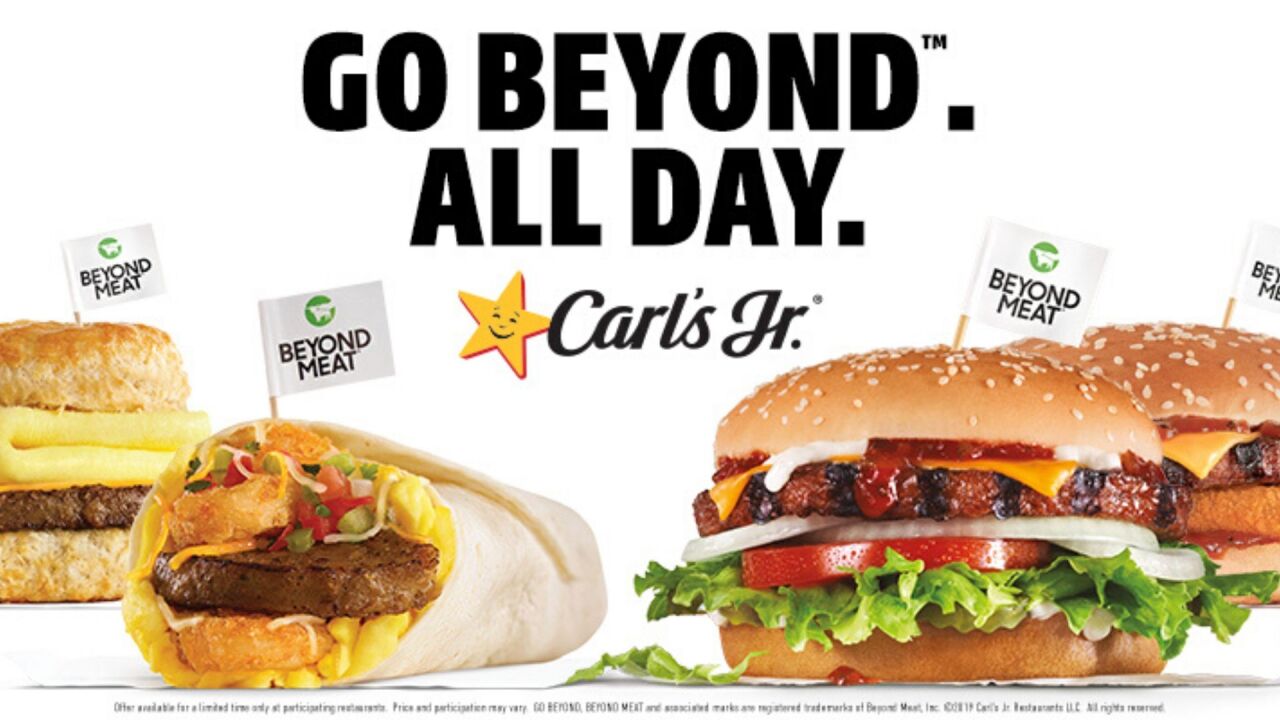 LAS VEGAS (KTNV) — Carl's Jr. will be adding additional plant-based food options to its menu that includes a burrito and biscuit breakfast items.

The fast-food chain will become one of the first national U.S. quick-service restaurant to offer plant-based options for breakfast, lunch, and dinner, according to a company spokesperson.

· Beyond Sausage Egg & Cheese Biscuit: 100% plant-based Beyond Breakfast Sausage patty topped with a slice of American cheese, and a fluffy folded egg, served on our freshly baked Made from Scratch Biscuit. Pricing starts at $3.99.

These items will be part of an extended all-day Beyond Meat menu that already includes the Beyond Famous Star and Beyond BBQ Cheeseburger.

Carl's Jr. is known for having charbroiled patties, and these items are expected to expand on that flavor with even more plant-based options, according to a spokesperson on the announcement.