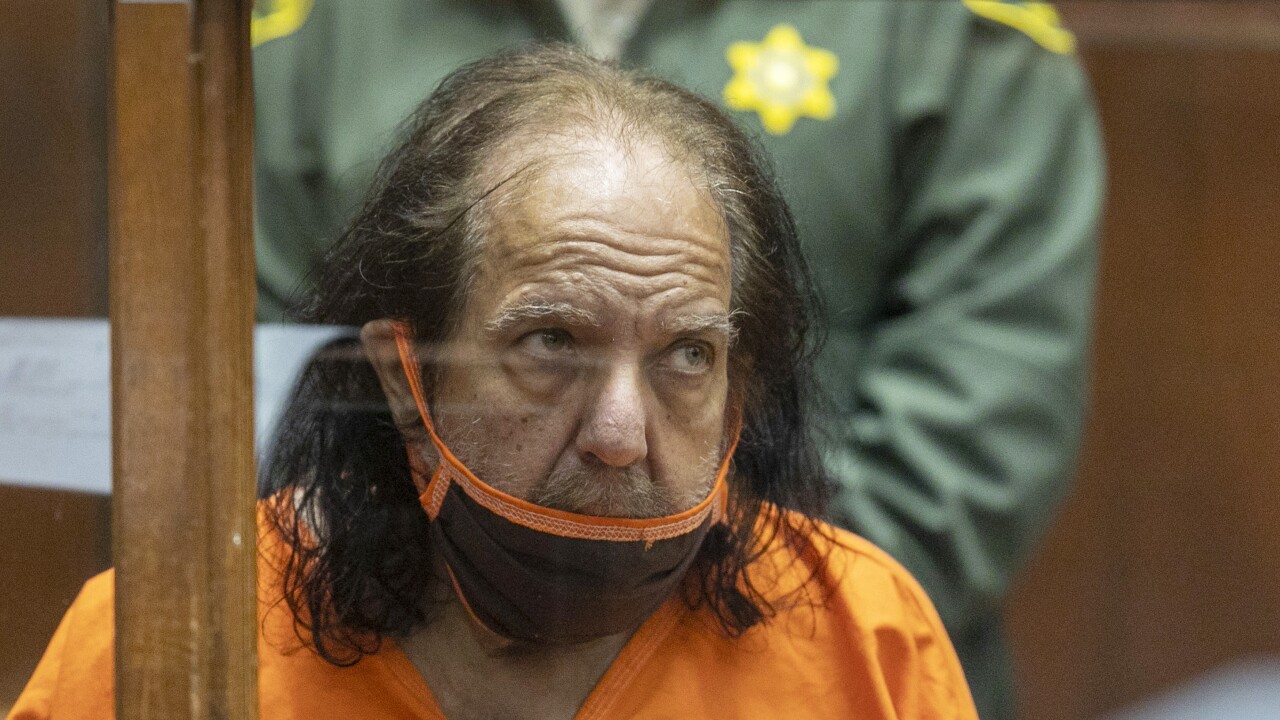 LOS ANGELES (AP) — Adult film star Ron Jeremy has been charged with 20 new counts of rape or sexual assault involving 12 women and a teenage girl. Jeremy pleaded not guilty to the new counts on Monday.

They came two months after the 67-year-old Jeremy was charged with the rape of three women and the sexual assault of a fourth.

Jeremy has been held in jail on $6.6 million bail since June, Jeremy also denied the previous charges, and his attorney Stuart Goldfarb said he was "absolutely innocent."

Goldfarb did not immediately reply to an email seeking comment on the new counts.