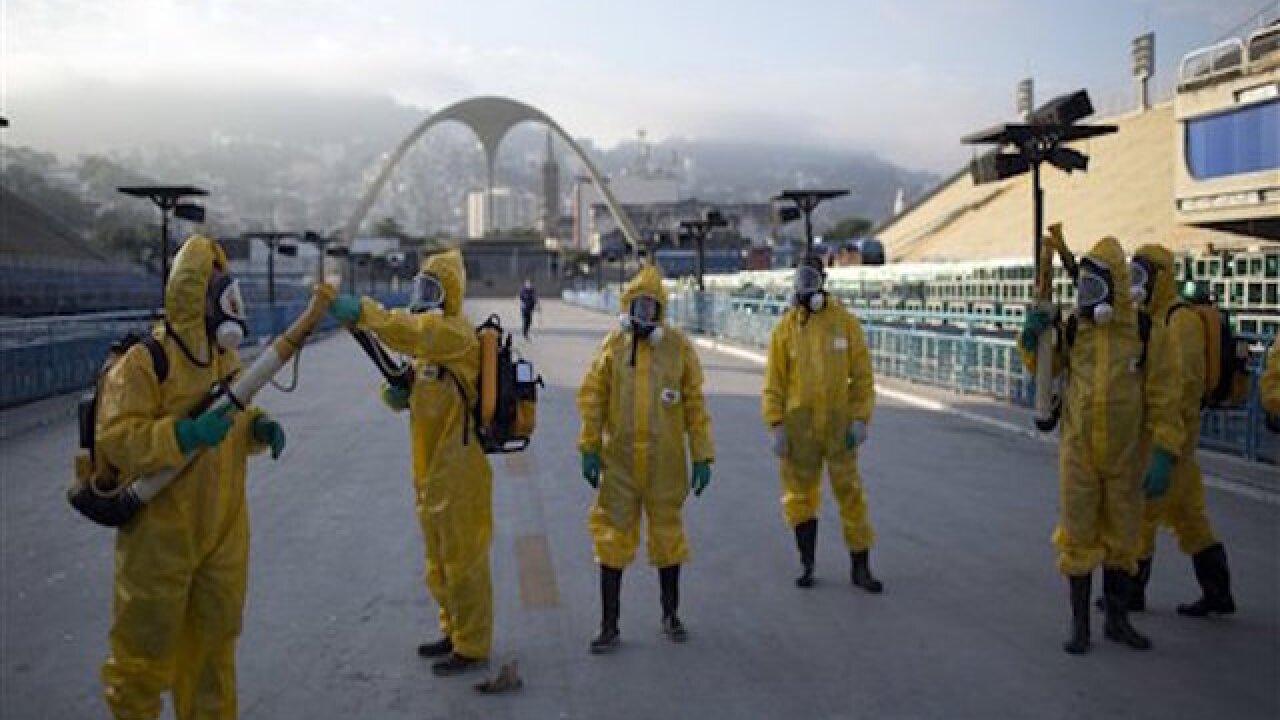 Copyright Associated Press
Leo Correa
<p>In this Tuesday, Jan. 26, 2016 file photo, health workers get ready to spray insecticide to combat the Aedes aegypti mosquitoes that transmits the Zika virus, under the bleachers of the Sambadrome in Rio de Janeiro, which will be used for the Archery competition in the 2016 summer games.  (AP Photo/Leo Correa)</p>

BERLIN (AP) — The World Health Organization says there is "no public health justification" for postponing or canceling the Rio de Janeiro Olympics because of the Zika outbreak.

The assessment, in a statement early Saturday, came after 150 health experts issued an open letter to the U.N. health agency calling for the games to be delayed or relocated "in the name of public health."

Friday's letter cited recent scientific evidence that the Zika virus causes severe birth defects, most notably babies born with abnormally small heads. In adults, it can cause neurological problems, including a rare syndrome that can be fatal or result in temporary paralysis.

The authors also noted that despite increased efforts to wipe out the mosquitoes that spread Zika, the number of infections in Rio have gone up rather than down.

WHO, however, said that "based on current assessment, cancelling or changing the location of the 2016 Olympics will not significantly alter the international spread of Zika virus."

Several public health academics have previously warned that having hundreds of thousands of people travel to the Aug. 5-21 games in Brazil will inevitably lead to the births of more brain-damaged babies and speed up the virus' global spread.

"Based on the current assessment of Zika virus circulating in almost 60 countries globally and 39 in the Americas, there is no public health justification for postponing or cancelling the games," it said. "WHO will continue to monitor the situation and update our advice as necessary."

It pointed to existing advice for pregnant women not to travel to areas with Zika virus transmission, among other recommendations.

WHO declared the spread of Zika in the Americas to be a global emergency in February.

Its statement Saturday made no direct reference to the health experts' letter, which also highlighted the decades-long collaboration between WHO and the International Olympic Committee.

The authors said the "overly close" relationship "was last affirmed in 2010 at an event where the Director-General of WHO and president of the IOC signed a memorandum of understanding, which is secret because neither has disclosed it."

The IOC rejected the idea that the two organizations are too close, saying in an emailed comment that it "does not currently have an MoU with the World Health Organization."

The last one, it added, "outlined cooperation between the two organizations to promote physical activity to fight strokes, heart attacks, diabetes and obesity."