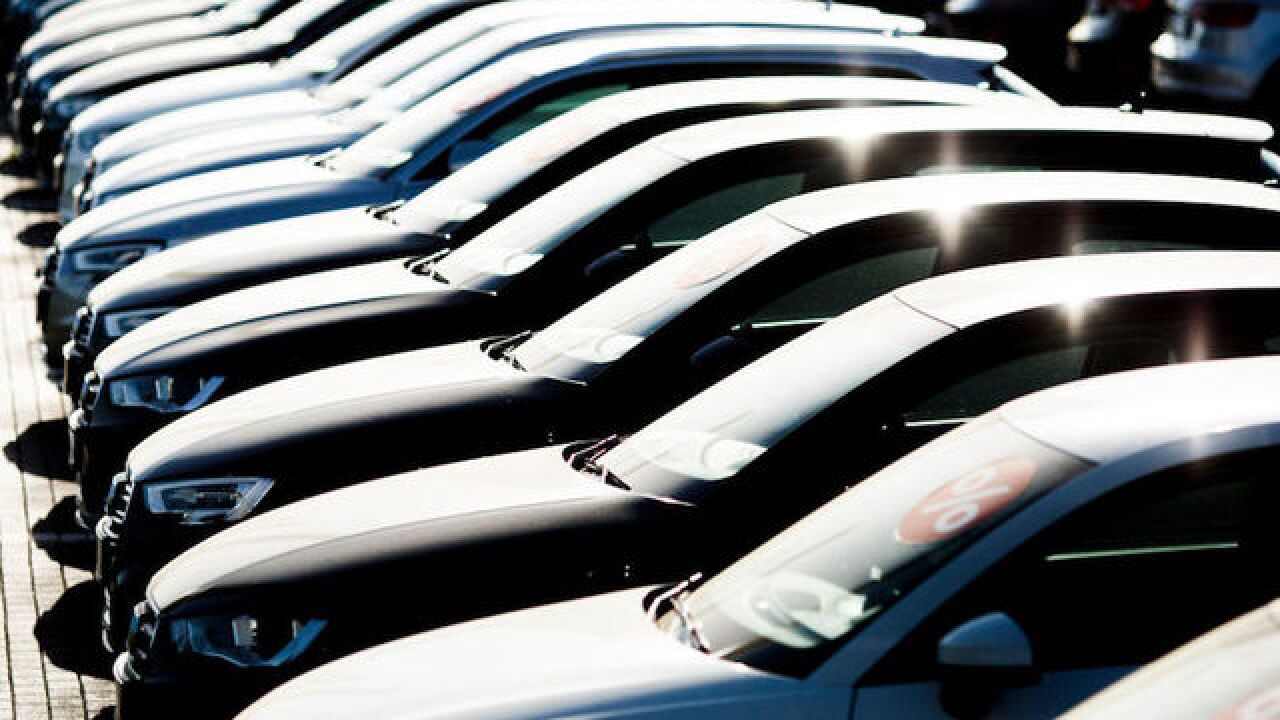 Image copyright 2018 Getty Images. All rights reserved. This material may not be published, broadcast, rewritten, or redistributed.
Carsten Koall
<p>Second hand Audi passenger cars stand on display at an Audi dealership on May 8, 2018 in Berlin, Germany. </p>

Volkswagen has been fined another €800 million ($926 million) over its diesel emissions scandal, this time because of failings at its Audi subsidiary.

Volkswagen said Tuesday it accepted the fine imposed by German prosecutors, waving its right to appeal. It said the penalty would hit earnings this year.

"As a negative special item, [it will] reduce the group earnings for fiscal year 2018 accordingly," it said in a statement.

The penalty by Munich prosecutors is just the latest consequence of the scandal that emerged in 2015 and initially wiped out billions off the company's value.

Volkswagen admitted cheating on clean air rules with software that made emissions look less toxic than they actually were.

The fine concludes the Munich prosecutors' investigation into the company. However, probes into executives, including Audi's former CEO Rupert Stadler, continue, the prosecutors said.

The €800 million fine comprises a €5 million penalty for administrative offenses, the maximum allowed under German law.

On top of that, prosecutors ordered Volkswagen to repay €795 million they said the company made from the cheating. The prosecutors said this included profits from the sales of affected vehicles.

In this case, the diesel emissions cheating affected nearly 5 million cars sold by the Volkswagen group in Europe and the United States, prosecutors said. Specifically, it concerned V6 and V8 diesel engines manufactured by Audi and installed in Audi, Volkswagen and Porsche brands, and Audi vehicles equipped with EA 189 and EA 288 engine made by Volkswagen.

Shares in Volkswagen (VLKAF) and Audi (AUDVF) were trading higher on Tuesday. Volkswagen stock is down 11 percent so far this year.