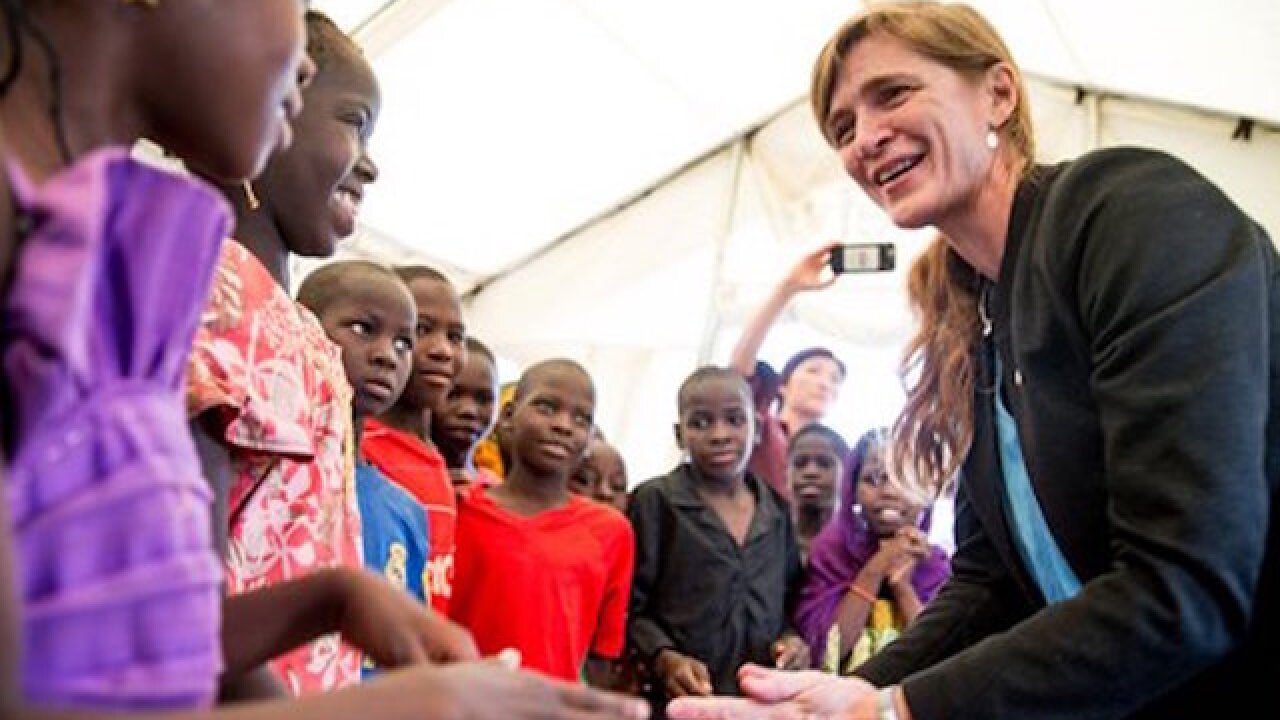 MAROUA, Cameroon (AP) — U.N. Ambassador Samantha Power's trip to Cameroon's front lines in the war against Boko Haram started horrifically Monday as an armored jeep in her motorcade struck and killed a 7-year-old boy who darted into the road.

The incident occurred near the small city of Moloko, in northern Cameroon, where Power, her aides and accompanying journalists were headed to meet refugees and others displaced by the years of brutal attacks across West Africa.

All of those meetings included small children.

Power said she learned of the death with "great sorrow."

Power returned to the scene of the bloody accident several hours later to meet the boy's parents, while residents of his village stood solemnly on a sandy expanse.

Officials did not immediately identify the boy. U.S officials wouldn't comment immediately on any plans for compensation to the boy's family.