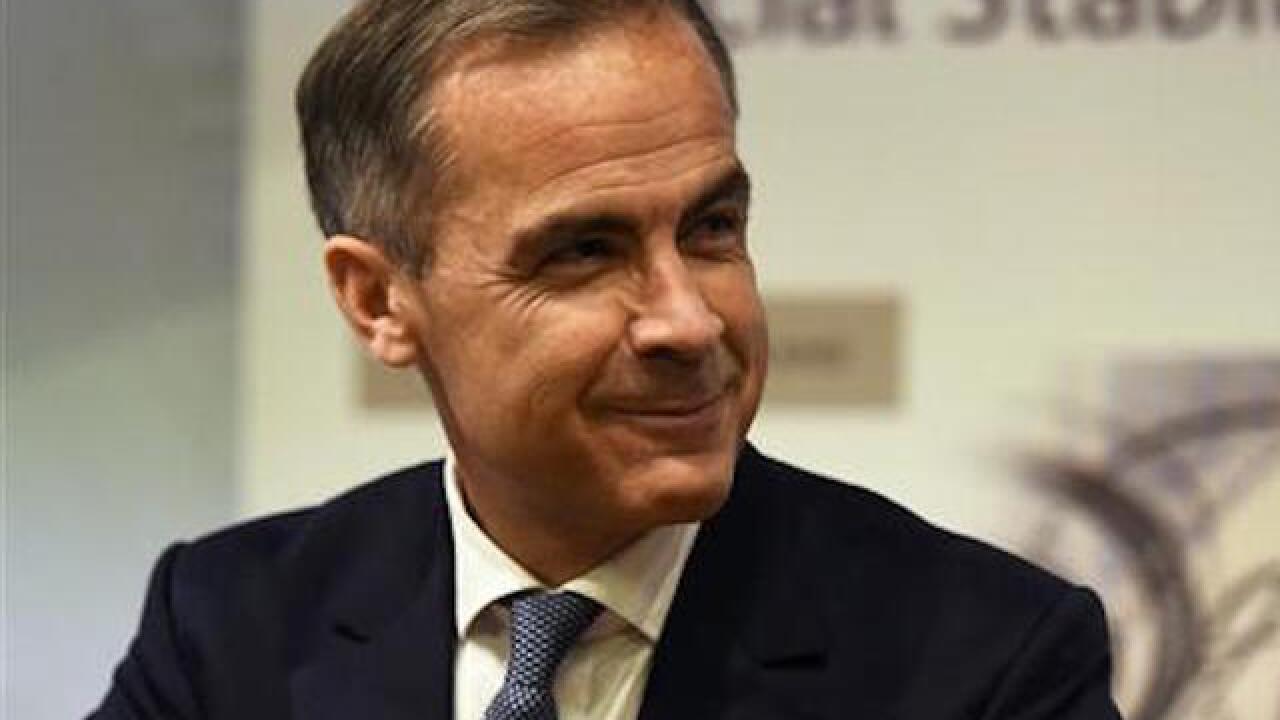 LONDON (AP) — The Bank of England is acting to avoid a repeat of the 2007-08 credit crunch, announcing Tuesday that it is freeing up more loans to businesses and households to help the economy cope with the uncertainty surrounding the exit from the European Union.

Governor Mark Carney told reporters Tuesday that some of the risks predicted to the economy before the referendum on leaving the EU have begun to crystalize but that the central bank will act to support jobs and growth.

"We have a clear plan. We're putting measures in place," Carney said. "And it's working."

Markets, however, were jittery on Tuesday after financial group Standard Life stopped trading in a commercial property fund following a rapid increase in investors trying to liquidate their holdings.

Concern that investors may rush to pull money out of British financial companies and investments saw the pound fall another 0.9 percent to $1.3166 on Tuesday, its lowest since the vote and the weakest in 31 years.

Carney made his third public appearance in 12 days to calm and assure the public after the seismic vote to leave the single market of some 500 million. The June 23 referendum has roiled the markets and sent the pound to a 31-year low.

In unfaltering, measured tones, Carney explained that the bank had drawn up extensive contingency plans and that things more moving smoothly. To offer further reassurance, he announced that the bank will alter capital rules for banks to free up to 150 billion pounds ($199 billion) in loans to households and businesses in hopes of keeping the economy ticking along.

The move announced in the biannual Financial Stability Report seemed clearly intended to prevent a repeat of the 2007-08 financial crisis, when banks refused to lend to the wider economy in order to keep themselves solvent.

The Bank of England said that, despite a severe hit to the pound and falls of up to 20 percent for bank shares since the referendum, the banking sector has so far proved resilient, with little sign so far of a credit squeeze.

The central bank said there will be a period "of uncertainty and adjustment" following the referendum and that "market and economic volatility is to be expected as this process unfolds."

Some have expressed concern that the economy will slip into recession amid fears of a drop in investment following the vote. When asked what message he had for British households considering a loan, Carney said that central bankers always advise people to be cautious and prepared to weather ups and downs when taking on a major expense.