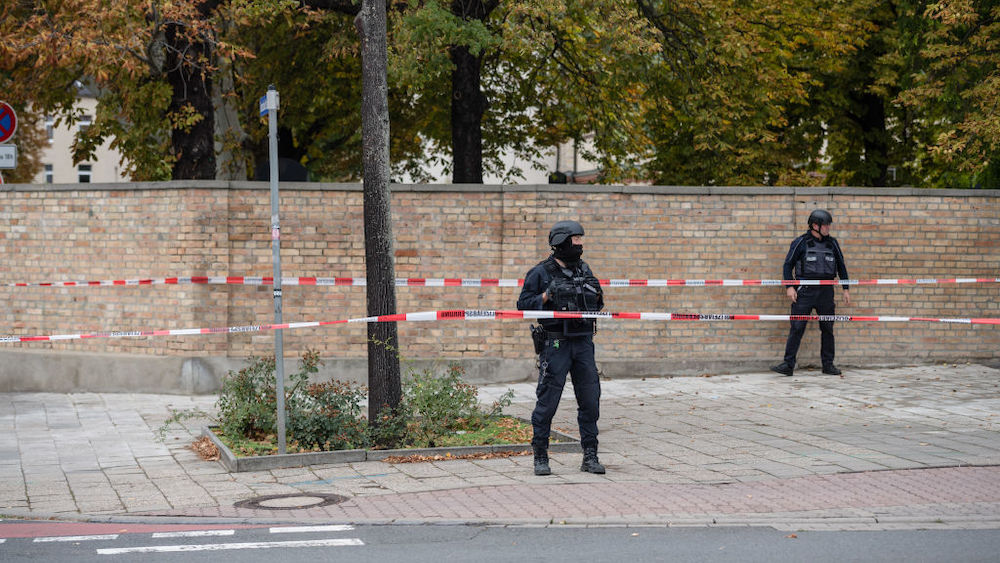 Two people were killed in an attack near a synagogue in Germany. The shooting occurred on Yom Kippur, the holiest day in the Jewish calendar. 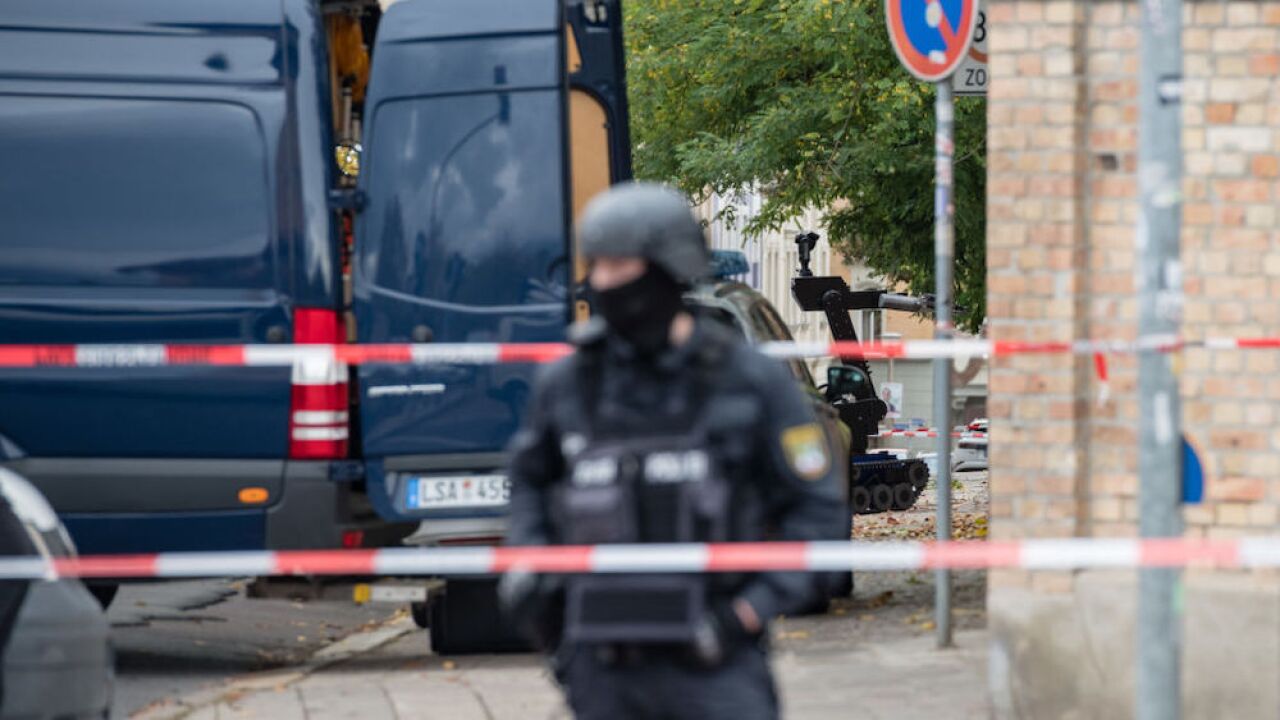 Two people have been killed following a shooting rampage near a synagogue in the eastern German town of Halle, according to local police.

One woman was killed close to the town's synagogue around midday local time on Wednesday, before a gunman opened fire at a kebab shop roughly 600 meters away, fatally wounding a man.

A police search for the perpetrators is now underway. At least one person is on the run and local residents were urged to seek safety, as the attack may have involved as many as three suspects, according to the Federal Criminal Office. One suspect has been arrested.

By Wednesday afternoon a police operation was underway in the small village of Wiedersdorf, around 14 kilometers (8.6 miles) east of Halle, according to CNN's German affiliate, n-tv.

Several people were also injured in what local authorities described as a "rampage." The incident near the synagogue comes on Yom Kippur, the holiest day in the Jewish calendar.

A German security official told CNN that "investigators believe the shootings in Halle were motivated by far-right ideology" based on what they have learned so far.

"Our solidarity to all Jews on the holy day of Yom Kippur. Our thanks to the security forces who are still on the case," Siebert said.

The attack had hit Germans "in the heart," Foreign Minister Heiko Maas, said on Twitter. He added: "We all have to fight against anti-Semitism in our country."

An eyewitness, Conrad Rössler, told CNN affiliate NTV that he saw a man wearing a helmet and carrying an assault rifle throw what "looked like a hand grenade with gaffer tape" into the kebab store, but it "bounced back from the door frame and did not land inside the shop and did not explode."

Rössler said the man then opened fire at "least once" into the shop where there were between five and six customers.

"I hid in the toilet," he said. "The others looked for a back exit. I was not sure that there is one so I silently locked myself up in the toilet, wrote to my family that 'I love them' and waited what might happen."

Rössler said he heard another loud bang outside the shop and more screaming before the police arrived.

Another witness, Rene Friedrich, told CNN he was driving past the synagogue when he saw a man dressed in army clothing and a steel helmet.

The man was holding what appeared to be a machine gun and throwing something over the synagogue wall. A person was lying on the ground beside him.

Friedrich, a bakery owner, drove away slowly and called police. But soon after, he again drove past the man in the army gear -- this time driving a gray Volkswagen Golf.

The car used by the suspect in video obtained by CNN is registered to the town of Euskirchen, North Rhine--Westfalia, roughly 424 kilometers (263 miles) from Halle.

Another witness, who did not want to be named, told CNN they also saw a gray car driving away from the synagogue at high speed.

The employee at a nearby business, which has a clear view of the synagogue, also said they heard several shots around 12:15 p.m. local time (6:15 a.m. ET).

Following the incidents, a car was later hijacked in the town of Queis, around 14 kilometers (8.6 miles) from Halle, according to authorities.

Two people were injured in the hijacking, said local mayor Anja Werner. She said there was no further details on the suspects or what type of car was involved.

Earlier Wednesday the European Commission in Brussels held a minute's silence in honor of the victims in Halle.