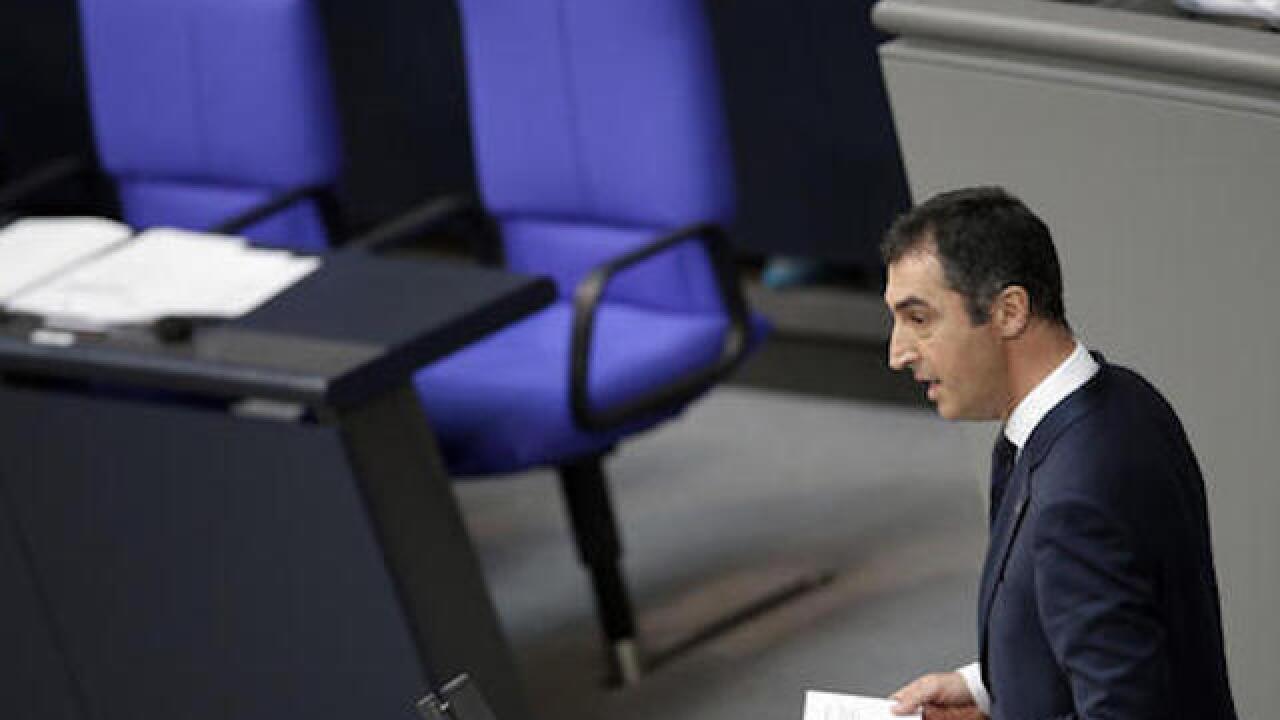 Copyright Associated Press
Michael Sohn
<p>Cem Ozdemir member of the Green party with Turkish roots, speaks during a meeting of the German Federal Parliament, Bundestag, at the Reichstag building in Berlin, Germany, Thursday, June 2, 2016. The German Parliament is to vote Thursday on whether to label the killings of Armenians by Ottoman Turks a century ago as genocide. In the background are the empty seats of German Chancellor Angela Merkel, right, and Vice -Chancellor Sigmar Gabriel, left. (AP Photo/Michael Sohn)</p>

BERLIN (AP) — Prime Minister Binali Yildirim says Turkey is recalling its ambassador to Germany for consultations after what he calls a "historic error" by the German parliament to recognize the killings of Armenians by Ottoman Turks a century ago as genocide.

The vote heightened tensions between Germany and Turkey at a time Ankara is playing a key role in stemming the flow of migrants to Europe.

Yildirim said Turkish people take pride in in their past and that "there is no event in our past that would cause us to bow down our heads in embarrassment."