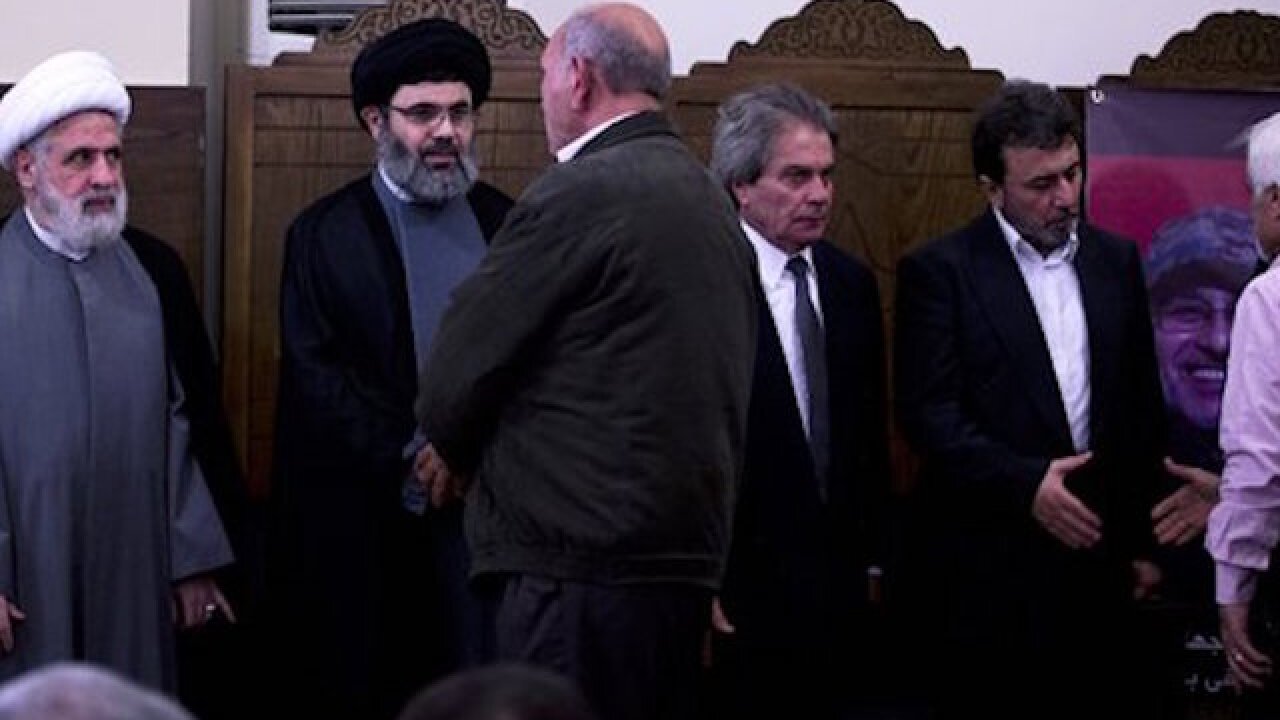 BEIRUT (AP) — Lebanon's militant Hezbollah group said Friday that its top military commander who was supervising its military operations in Syria, Mustafa Badreddine, was killed in an explosion in Damascus, a major blow to the Shiite group which has played a significant role in the conflict next door.

Badreddine, 55, had been the mastermind of the group's involvement in Syria's civil war since Hezbollah fighters joined the battle on the side of Syrian President Bashar Assad's forces against those trying to remove him from power, according to pro-Hezbollah media. Hezbollah, along with Iran, has been one of Assad's strongest backers.

Hezbollah said several others were wounded in the blast and that it was investigating the nature of the explosion and whether it was the result of an air raid, missile attack or artillery shelling. It didn't say when the explosion happened.

The Beirut-based Al-Mayadeen TV, which is close to the Lebanese Shiite group, earlier said Badreddine was killed in an Israeli airstrike but later removed the report.

Badreddine ("Ba-dre-deen") was one of four people being tried in absentia for the murder of former Lebanese Prime Minister Rafik Hariri. The 2005 suicide bombing that killed Hariri and 22 others was one of the Middle East's most dramatic political assassinations. The trial is ongoing near The Hague, Netherlands. A billionaire businessman, Hariri was Lebanon's most prominent politician after the 15-year civil war ended in 1990.

Hezbollah denies involvement in Hariri's assassination and says the charges are politically motivated.

Badreddine's death is the biggest blow to the militant group since the 2008 assassination of his predecessor, Imad Mughniyeh, who was killed in a bomb attack in Damascus. After that, Badreddine, known among the group's ranks as Zulfiqar, became Hezbollah's top military commander and adviser to the group's leader, Sayyed Hassan Nasrallah.

"This martyrdom will be an incentive, same as of those of late commanders, for more jihad, sacrifices and continuity," Hezbollah Cabinet Minister Hussein Haj Hassan told the group's Al-Manar TV. "As he led the war against takfiris (Sunni extremists), the battles against takfiris will continue until victory is achieved."

One of the group's most shadowy figures, Badreddine was known by several names, including Elias Saab and Sami Issa. He was only known to the public by a decades-old black-and-white photograph of a smiling young man wearing a suit until Hezbollah released a new image of him in military uniform.

Badreddine was also known for his expertise in explosives, apparently developing what would become his trademark explosive technique by adding gas to increase the power of sophisticated explosives.

"Early information from the investigation shows that a strong explosion targeted one of our centers near the Damascus International Airport, leading to the martyrdom of brother commander Mustafa Badreddine and wounded several others," Hezbollah said in a statement issued Friday.

Hezbollah said Badreddine was a "great jihadi leader" and that he had joined "the convoy of martyrs, on top of them his comrade and close friend Mughniyeh.

The group said it will be receiving condolences starting Friday morning in their stronghold south of Beirut. The funeral was to be held Friday afternoon at a Shiite cemetery south of Beirut where Badreddine was to be laid to rest next to Mughniyeh, who was also his brother-in-law.

Badreddine was suspected of involvement in the 1983 bombings of the U.S. and French embassies in Kuwait that killed five people. He was detained in Kuwait where he was sentenced to death and imprisoned for years until he fled jail in 1990 after Iraq's Saddam Hussein's forces invaded Kuwait.

Over the past 30 years, Israel has killed some of Hezbollah's top leaders. In 1992, Israeli helicopter gunships ambushed the motorcade of Nasrallah's predecessor, Abbas Musawi, killing him, his wife, 5-year-old son and four bodyguards. Eight years earlier, Hezbollah leader Sheik Ragheb Harb was gunned down in south Lebanon.

In December, high profile militant Samir Kantar, who spent 30 years in an Israeli prison, was killed along with eight others in an airstrike on a residential building in Jaramana, a Damascus suburb.

Hezbollah has paid a very steep price for its public and bloody foray into Syria's civil war. Once lauded in Lebanon and the Arab world as a heroic resistance movement that stood up to Israel, his staunch support for Assad has been criticized at home, even among his Lebanese support base.

The predominantly Sunni Gulf Arab states, led by the kingdom, have taken other punitive measures. They have warned their citizens against traveling to Lebanon as well as cut Lebanese satellite broadcasts, and closed a Saudi-backed broadcaster in Lebanon. The Gulf countries are also expelling Lebanese expatriates they say have ties to Hezbollah.

Hezbollah, which maintains a dominant militia force in Lebanon, has also aligned itself with the Saudi-opposed Shiite Houthi rebels in Yemen's civil war.