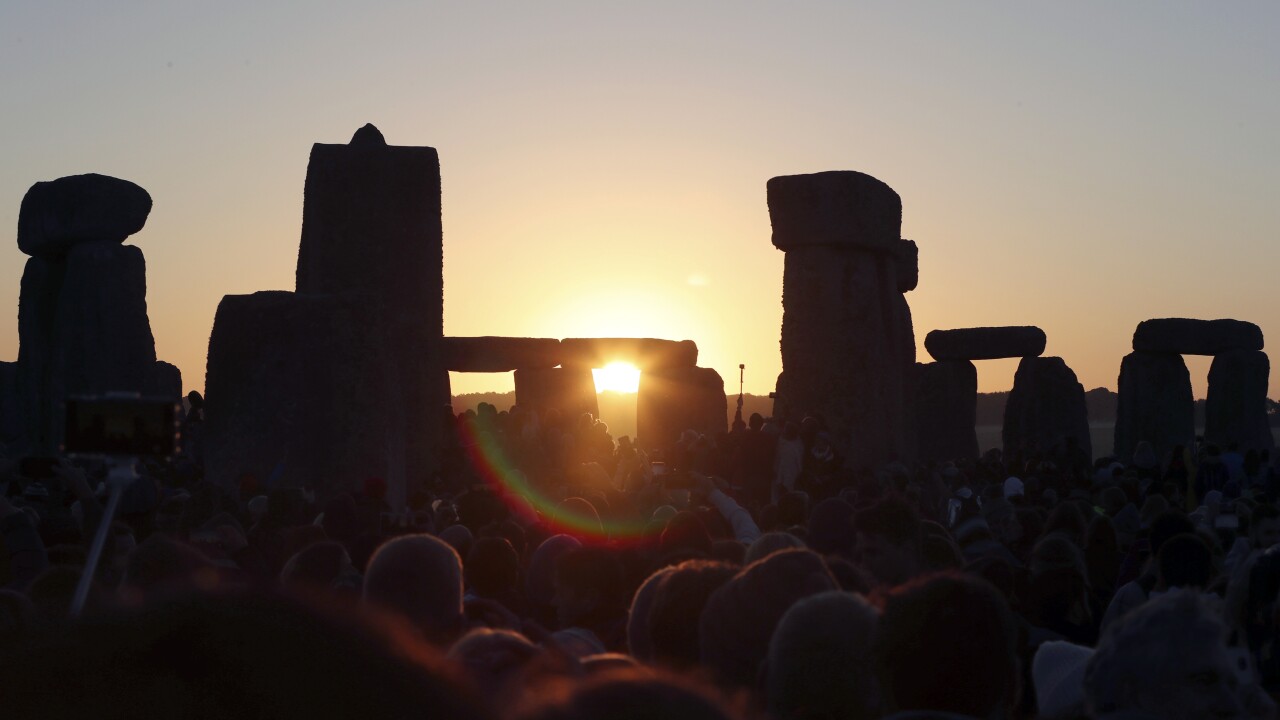 Copyright 2019 The Associated Press. All rights reserved.
Aijaz Rahi/AP
The sun rises as thousands of revelers gather at the ancient stone circle Stonehenge to celebrate the Summer Solstice, the longest day of the year, near Salisbury, England, Friday, June 21, 2019. (AP Photo/Aijaz Rahi)

LONDON (AP) — Archaeologists said Monday that they have discovered a major prehistoric monument under the earth near Stonehenge that could shed new light on the origins of the mystical stone circle in southwestern England.

Experts from a group of British universities say the site consists of at least 20 huge shafts, more than 10 meters, or 32 feet, in diameter and 5 meters deep, forming a circle more than 2 kilometers— over a mile — in diameter.

Researchers say the shafts appear to have been dug around 4,500 years ago.

Scientists believe the shafts could mark the boundary of a sacred area or precinct around a circular monument known as the Durrington Walls henge, about 3 kilometers, or 2 miles, from Stonehenge.

The Guardian obtained a photo of the new discovery.