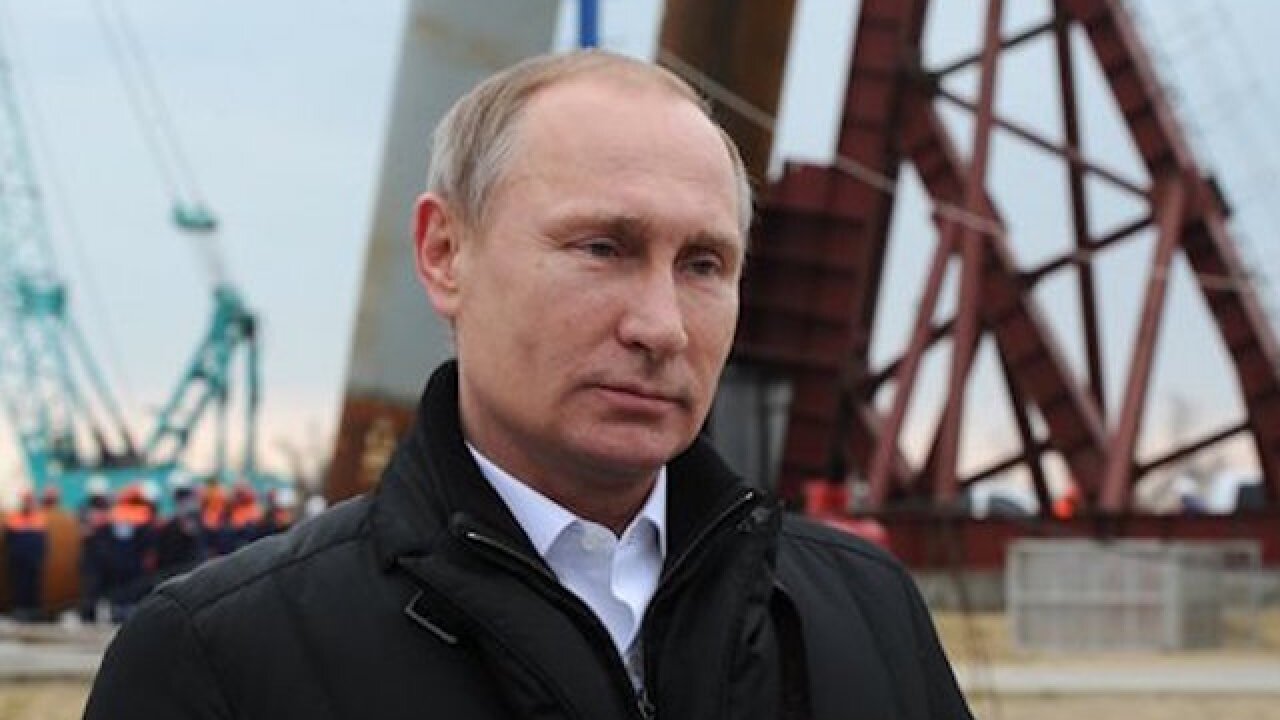 Copyright Associated Press
Mikhail Klimentyev
<p>Russian President Vladimir Putin, via a video link, addresses people marking the second anniversary of Russia's annexation of Crimea in Moscow's Red Square, as he visits the construction site of the Kerch Strait bridge on the Tuzla Island, Crimea, Friday, March 18, 2016. Russian President Vladimir Putin travelled to Crimea on Friday to mark the second anniversary of the peninsula's annexation and inspect construction of a bridge meant to link it to mainland Russia. (Mikhail Klimentyev/Sputnik, Kremlin Pool Photo via AP)</p>

MOSCOW (AP) — Before President Vladimir Putin's annual call-in show on Thursday, the Kremlin has been sifting through more than 1 million questions from Russians across the country.

Chief among concerns this year are the rising cost of utilities — a perennial issue — and the state of Russia's roads, said Kremlin spokesman Dmitry Peskov, adding that photographs of pockmarked highways have come flooding in. Other major concerns include price increases and withheld salaries, the spokesman told journalists.

This "Direct Line" with Putin, now in its 14th year, provides a way for the president to assess the country's mood, listen to direct appeals from his constituency, and explain policies, both foreign and domestic.

This year, more than in the past, the president is likely to devote a good amount of time to world politics, said Dmitri Trenin, the director of the Carnegie Moscow Center.

"Russia has been at war in the Middle East for a time now. It has been so far successful, but people are worried. People are also worried about what happens in Ukraine next," he said.

Trenin said the message will be clear: "It's a difficult world, it's a complicated situation — the West is against us, oil has gone down to the level where we have not seen it for the past 12 years — so it's tough, but we need to rally around the Kremlin."

The call-in show also gives Russians a chance to feel like their concerns are being heard, playing on a tradition dating back to imperial Russia when peasants would appeal directly to the czar to intervene to solve their problems.

"In order not to be surprised, Mr. Putin is watching the popular mood very intently and these press conferences are very important in that sense, so he gets a lot of first-hand information about the people of the country," Trenin told The Associated Press.

The president has called this event one of the most telling social surveys in the country.

During the week ahead of the show, Russians can submit questions via an online portal or through social networking sites. The day of the show, people can phone in, and Putin also takes questions from Russians speaking over video links that have been set up at selected spots around the country. The highly choreographed event often pushes four hours.

According to a recent survey from the independent Levada Center, nearly half of Russians would ask Putin about bread-and-butter economic issues such as income levels and price increases.

Only 12 percent of Russians said they would ask the president about corruption, according to the poll. Despite the release of leaked financial documents called the Panama Papers, Russians have largely remained nonplussed about accusations that Putin's friends, particularly leading cellist Sergei Rodulgin, were engaged in an offshore scheme. Putin has publicly defended Rodulgin.

The survey, which was conducted March 25-28 among 1,600 people across Russia, highlights the economic challenges Russia has been facing in the past several years.

The Russian economy, which was already facing stagnation, has been hard hit by falling oil prices and Western sanctions, levied in the wake of Russia's annexation of Crimea in March 2014. A sharp depreciation in the ruble has contributed to high inflation and a rise in the cost of living, while employment opportunities have narrowed.

Vladislav Zheleznov, a 20-year-old car mechanic, said if he had a chance he would ask Putin to do more for Russia's students.

"I really want young people to have a job after they finish studying," Zheleznov said. "I want them not to have the problem of searching for a job and I want for this job to be fairly paid."