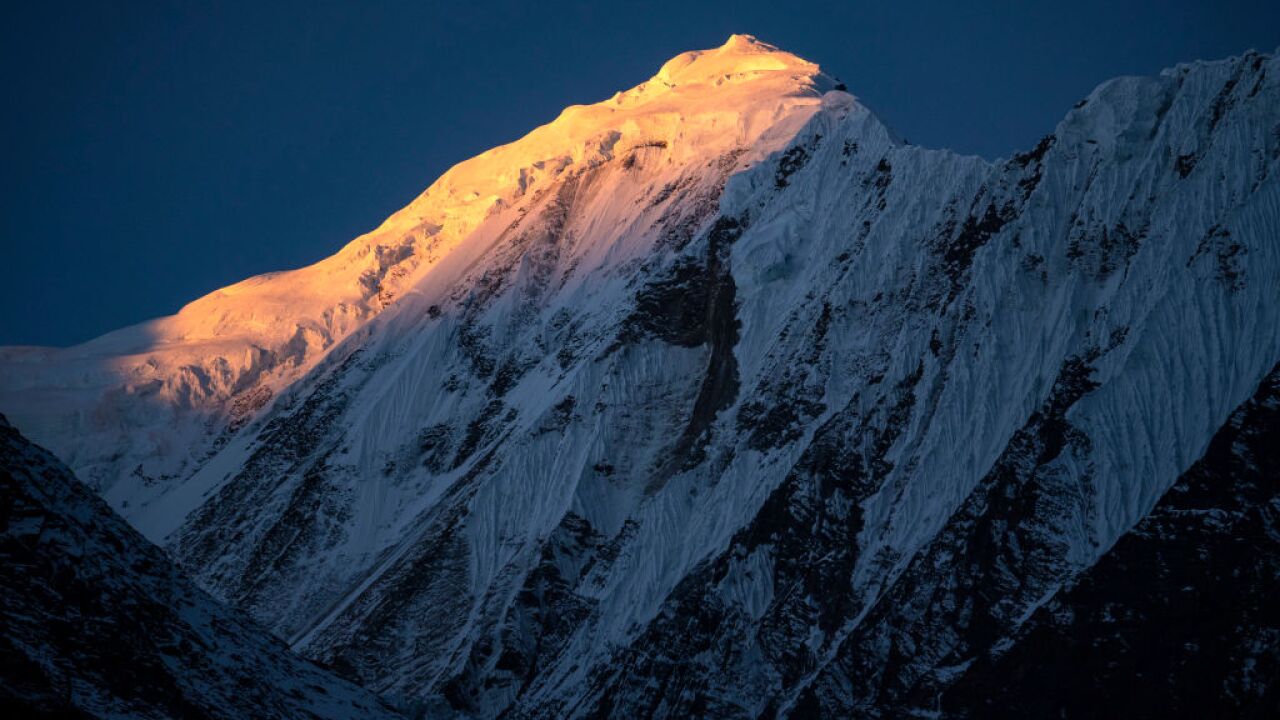 Rescuers say they are still "hopeful" of finding alive eight climbers who have been missing on a notoriously difficult to climb mountain in the Indian Himalayas for a week.

A search is underway for the climbers -- four Britons, two Americans, an Australian and their Indian liaison officer -- who were attempting to scale Nanda Devi East, one of the highest peaks in India at just over 24,000 feet (7,400 meters).

Two helicopters from the Indian Air Force were deployed on Sunday to the area where the climbers are believed to have disappeared, according to Tripti Bhatt, Commandant of the State Disaster Response Force in local Uttarakhand state.

"Aerial operations are done for the day," he said. "The weather is not good and it does not favour flying in the area, therefore the operations will resume tomorrow morning."

Bhatt said another mountaineering team would be joining the ground search on Monday and remained "hopeful that the climbers are still alive."

The missing eight were part of a larger team of 12 who set off from the village of Munsiyari on May 13. But 12 days later, on May 25, only four of the group returned to base camp, said Uttarakhand's Senior District Official, R.D. Paliwal.

The entire group was supposed to reach its base camp on May 26, according to Uttarakhand District Magistrate, Vijay Kumar Jogdande.

The company which arranged the expedition, Himalayan Run & Trek, waited a few days after the remaining members of the team failed to arrive before alerting authorities of their disappearance on May 31, Jogdande said.

The cause of the disappearance remains unclear.

A United States state department official said in a statement it was aware of reports of two US citizens missing in India and was "monitoring the situation."

Similarly, the UK Foreign Office said it was in contact with Indian authorities following reports of the missing climbers.

And Australia's Department of Foreign Affairs and Trade also said it was "providing consular assistance to the family of an Australian that may be among a group of trekkers missing in the Nanda Devi area of India."

The rescue effort follows the deaths of 11 climbers on Mount Everest this year, amid extraordinary images of queues of people waiting to get to the summit, prompting fresh concerns over the increased commercialization of mountaineering expeditions.