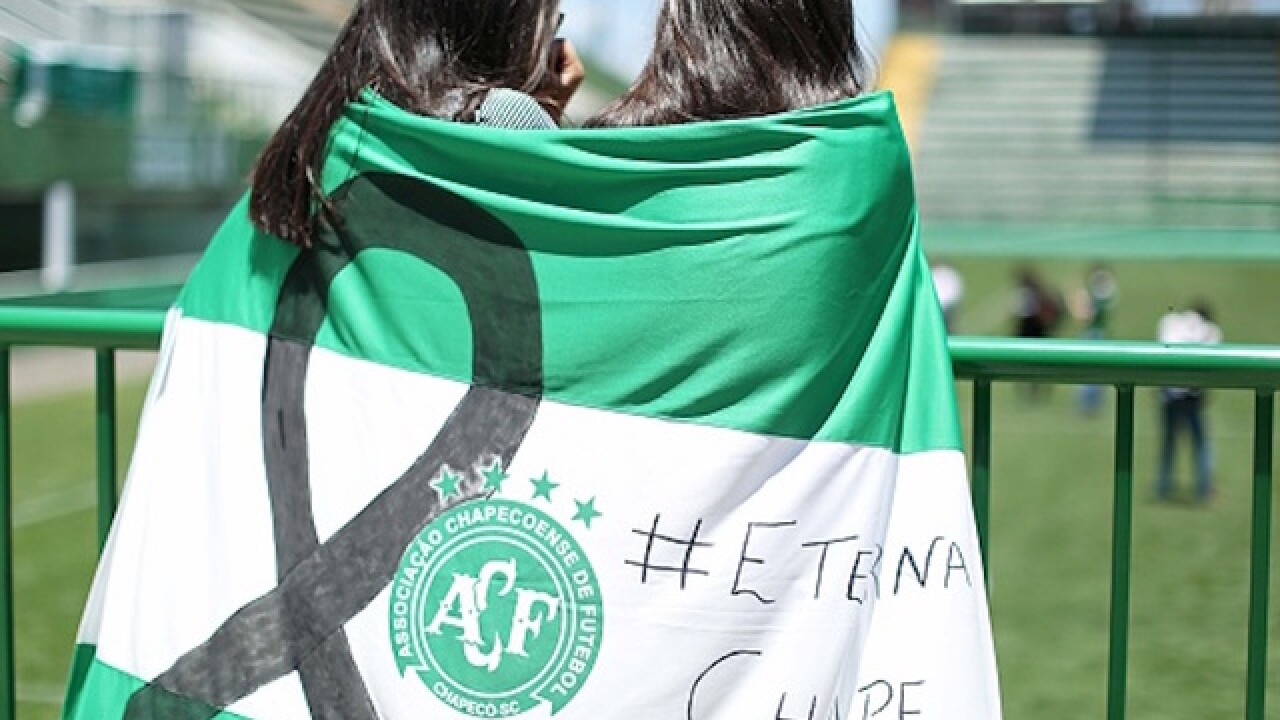 Copyright Getty Images
Heuler Andrey
<p>CHAPECO, BRAZIL - NOVEMBER 30: Fans pays tribute to the players of Brazilian team Chapecoense Real who were killed in a plane accident in the Colombian mountains, at the club's Arena Conda stadium in Chapeco, in the southern Brazilian state of Santa Catarina, on November 30, 2016. </p>

The ill-fated flight that carried a Brazilian soccer team might have run out of gas, causing the crash on Monday that killed 71 of the 77 people on board, Colombian authorities said on Wednesday.

According to recordings from LaMia Flight 2933, the pilot said the plane had run out of fuel. Authorities said the flight's data and voice recorder were in perfect shape following the crash.

The flight carried Chapecoense, a top tier Brazilian soccer team that was headed to Colombia for a championship match.

The flight crashed into a mountain near La Union, Colombia.