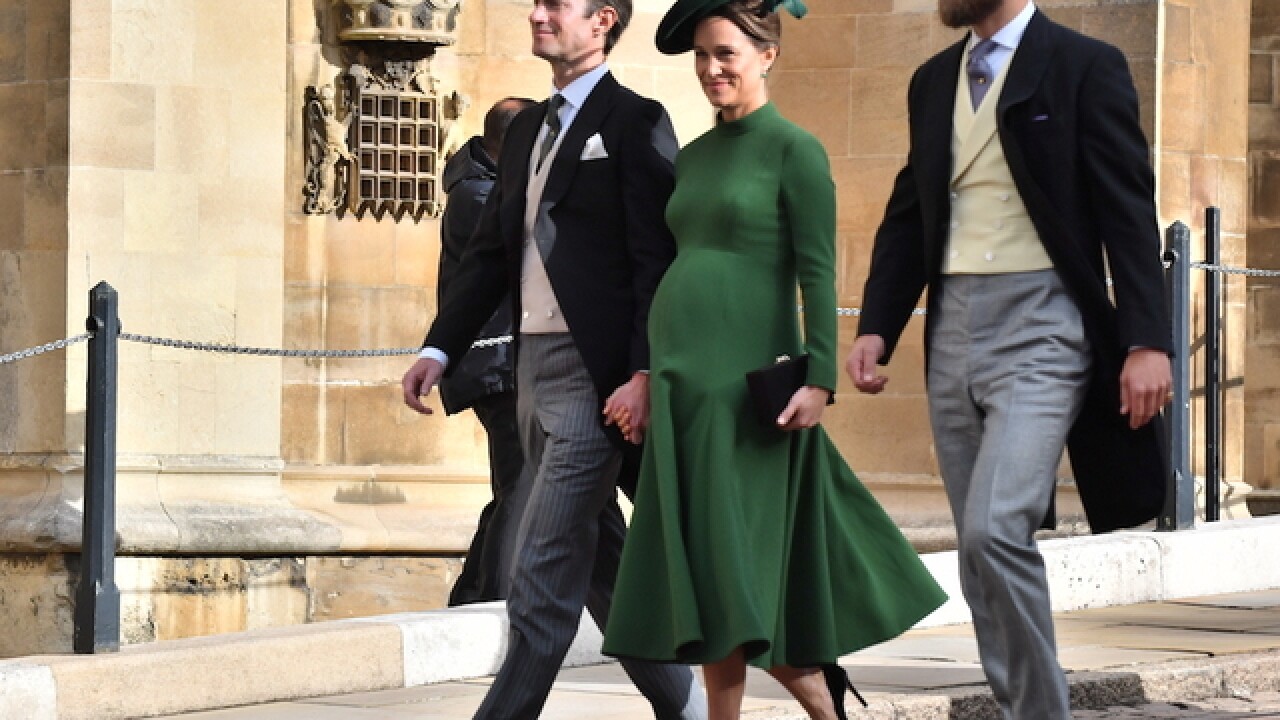 Image copyright 2018 Getty Images. All rights reserved. This material may not be published, broadcast, rewritten, or redistributed.
MARK LARGE
<p>Pippa Middleton attends the wedding of Princess Eugenie of York to Jack Brooksbank at St. George's Chapel on October 12, 2018 in Windsor, England. </p>

Pippa Middleton, the Duchess of Cambridge's younger sister, has given birth to a baby boy.

Middleton and the baby, who weighed 8lb 9oz, are said to be "doing well" following the birth on Monday afternoon, the UK's Press Association reported.

Speculation about the impending arrival emerged Monday after Middleton and her financier husband, James Matthews, were spotted arriving at the private Lindo Wing of St. Mary's Hospital in Paddington, west London -- the medical facility where Kate, the Duchess of Cambridge, gave birth to her three children.

A spokesperson for Kensington Palace said Prince William and Kate "are thrilled for Pippa and James."

The baby arrived just a day after the Duke and Duchess of Sussex announced that they are expecting their first child next year.

Middleton was last seen in public on Friday, attending the lavish wedding of Princess Eugenie in Windsor.

She wed Matthews at the picturesque St. Mark's Church -- just a few miles from the Middleton estate -- in Englefield, England, last May with celebrities and royals in attendance.

Middleton revealed she was pregnant in her fitness column for Waitrose Weekend magazine back in June.

Since then she has continued to share her maternity experience with readers, writing in a recent column that in the lead up to her final month "movement is certainly getting more awkward."

"The transformations to my body that are taking place as it prepares for childbirth have meant that the sound sleeps and the baby bubble effect have gone. Reality is finally kicking in," Middleton wrote, before suggesting stretching, meditation and walking for expectant mothers experiencing the same difficulties.