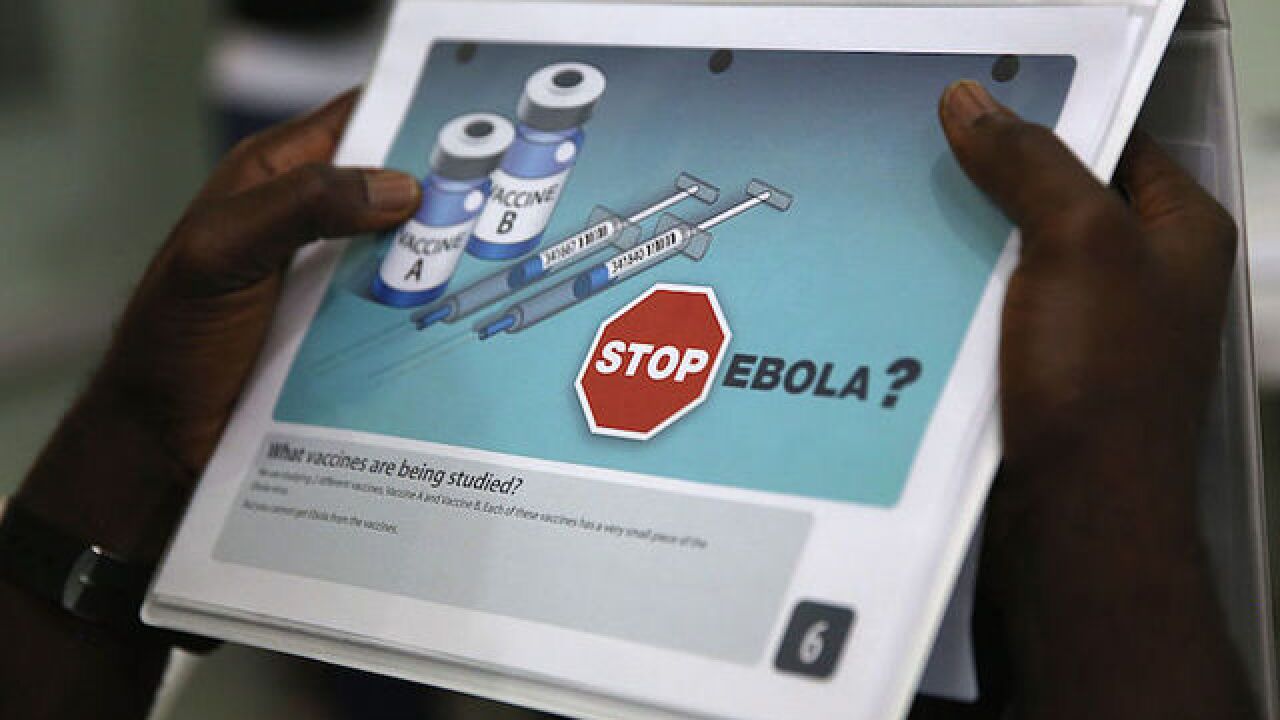 Authorities will begin distributing an experimental Ebola vaccine in Mbandaka, a major city in the Democratic Republic of Congo, on Monday to try to stop the spread of the deadly virus.

Healthcare workers in Mbandaka, the capital of Equateur Province and home to 1.2 million people, will be the first to receive the vaccine, World Health Organization spokesman Tarik Jašarević said.

The confirmation of the first case in Mbandaka last week has raised concerns that the virus could spread faster than expected. So far, 26 people have died in the outbreak, according to the WHO.

The vaccine, called rVSV-ZEBOV, will likely be distributed to some 8,000 to 10,000 people in its first phase, Peter Salama, deputy director-general of emergency preparedness and response at the WHO, said Friday.

It will be given to people who have had contact with people infected with Ebola and contacts of those contacts, Salama said.

Ebola is an incredibly contagious virus which causes the sudden onset of symptoms including fever, fatigue and muscle pain within two to 21 days after infection. Patients suffer vomiting, rash and diarrhea, impaired kidney and liver function -- and in some cases internal and external bleeding.

The rVSV-ZEBOV vaccine was previously given to people in contact with patients who had confirmed cases of Ebola in Guinea in 2015 and 2016, and proved quite effective.

But this will be the first time the vaccine is being employed to control the spread of Ebola, according to Dr. Anthony Fauci, the director of the National Institute of Allergy and Infectious Diseases in the United States.

The WHO has already deployed more than 5,000 doses of the experimental vaccine in Kinshasa, the country's capital, with thousands more expected to arrive.

Of the 46 cases of hemorrhagic fever identified by authorities, 21 confirmed have been confirmed as Ebola, while 21 are probable and 4 are suspected, according to Jašarević.

The WHO said Friday that there has been one confirmed case in Mbandaka. DRC Health Minister Dr. Oly Ilunga Kalenga said the discovery of the case in Mbandaka was particularly worrisome, as the Ebola virus is highly contagious once victims start showing symptoms.

Nine neighboring countries, including Republic of the Congo and Central African Republic, have been advised that they are at high risk of spread and have been supported with equipment and personnel.

The World Health Organization held an emergency meeting Friday and declared that the situation is not yet a so-called Public Health Emergency of International Concern.

WHO Director-General Tedros Adhanom Ghebreyesus is expected to address the annual world Health Assembly on Monday and is expected to discuss the outbreak.

The US Agency for International Development has already given $1 million to fight the Ebola outbreak.